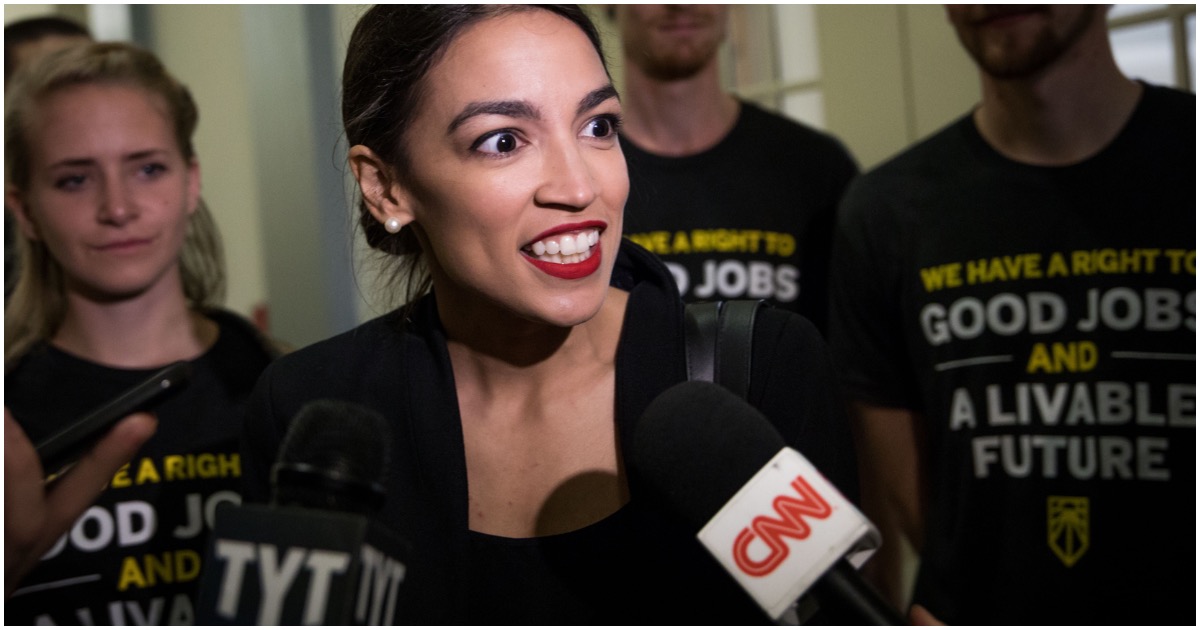 A survey of 1,000 Likely Voters were polled over the course of two days.

They were asked who they would vote for in 2020 if President Trump faced off against Democrat Socialist Congresswoman Alexandria Ocasio-Cortez.

The result is pretty frightening.

A new Rasmussen Reports national telephone and online survey finds that, if the 2020 presidential race was between Trump and Ocasio-Cortez, 43% of Likely U.S. Voters would vote for Trump, while 40% would vote for Ocasio-Cortez. A sizable 17% are undecided.

The plus/minus on this poll is three percent.

Meaning, AOC could be tied with Trump.

Also, a person has to be 35-years-old to be president.

Leader of Latest Migrant Caravan Was Just Arrested, & Reason Why Is Sickening

ICYMI: FBI Opened Investigation to Learn If Trump Was ‘Secretly A Russian Agent’