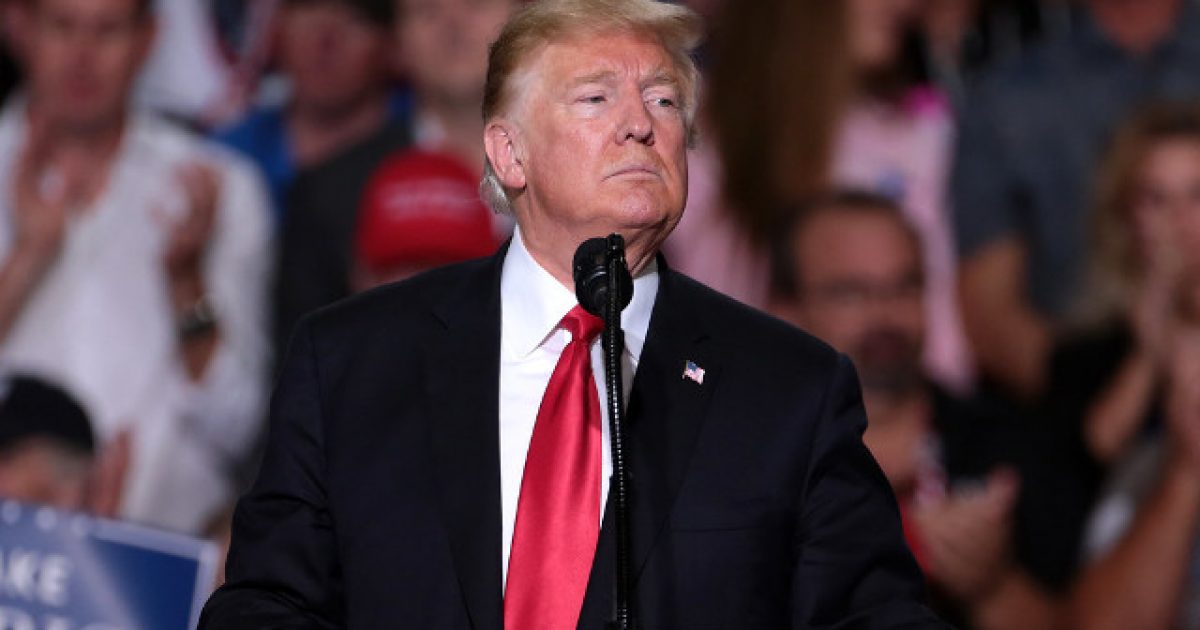 President Trump, who is still fuming about the recent whistleblower who launched an impeachment inquiry against him — and rightfully so as the evidence of wrongdoing is pretty non-existent at this point — has called for the whistleblower to be exposed and questioned.

Trump expressed this sentiment in an early morning tweet where he made reference to a report put out by the Washington Examiner which revealed that the anonymous whistleblower had a “professional relationship” with one of the Democratic presidential candidates.

“The Whistleblower’s facts have been so incorrect about my “no pressure” conversation with the Ukrainian President, and now the conflict of interest and involvement with a Democrat Candidate, that he or she should be exposed and questioned properly. This is no Whistleblower…..” Trump said.

There’s a lot of information about this whistleblower floating around, including that he or she is reportedly a CIA officer and that they have agreed to speak with the House Intelligence Committee. Folks in the Democratic Party are working pretty hard to ensure the whistleblower’s identity doesn’t get revealed, including the idea of having testimony in a separate location from Capitol Hill or taking measures to obscure physical identity and voice.

Trump’s biggest concern over this matter seems to be the that the individual could go unpunished for spying, which ultimately could spell disaster for future presidential elections.