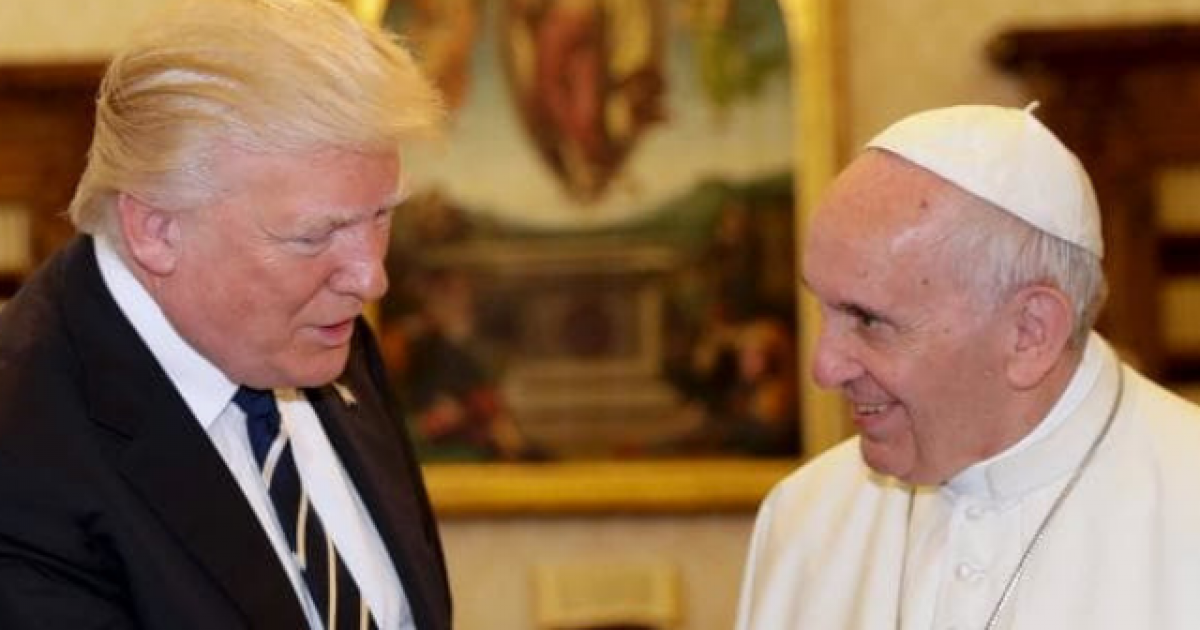 The religious world has been rocked by the revelation that not only were thousands of cases of abuse systematically covered up by the Catholic church, but that the Pope himself has found himself at the center of it.

Pope Francis is by far the most progressive Pope the church has had, and so, the #MeToo media has stunningly defended his most likely knowing re-appointment of serial abuser Cardinal Theodore McCarrick into the clergy after Pope Benedict had placed him in solitude.

This is, of course, because while the media would normally be all over any excuse to paint people of faith as hypocrites, Pope Francis cares about climate change and has some radically liberal (for a Pope) things about homosexuality, so who cares if he may have covered-up the crimes of a serial abuser and put him back into contact with parishioners, right?

It will be interesting to see what the reaction is, however, now that Trump has commented on the scandal, especially considering his comments have been pretty level-headed.

Here’s what he said, in an exclusive interview with the Daily Caller News Foundation:

President Donald Trump expressed sadness over the ongoing sexual abuse scandal roiling the Catholic Church and tacitly defended the Pope’s handling of the crisis, in an exclusive Oval Office interview with The Daily Caller.

“It’s so sad to watch,” Trump said when asked for his thoughts on the issue, lamenting “the numbers, the length of time, you know, going back 70 years, I think it’s having a really negative impact on the Catholic Church. … “To me it’s one of the sadder stories ’cause I respect so much the Catholic Church. And to me it’s a very sad story.”

It appears that Trump does not share the anger that many on the right have towards the Pope for his possible role in covering up McCarrick’s crimes, however:

The president however defended the Pope’s handling of the crisis saying “the Pope is handling it, I guess the best anyone can handle it. How is he going to handle it?” and demurred on whether the Church leadership in the U.S. should resign over the scandal.

“I’m surprised at McCarrick, everyone knew him and so incredible to see these things. It’s devastating for the Catholic Church.”

Now, I would imagine, the media would find themselves in a pickle.

You see, were they willing to criticize the Pope, here would be a perfect opportunity to attack Trump for going so easy on supposed child molesters. But they love the Pope…so whatever shall they do?

So far, unsurprisingly, his comments have received very little attention in the mainstream media.