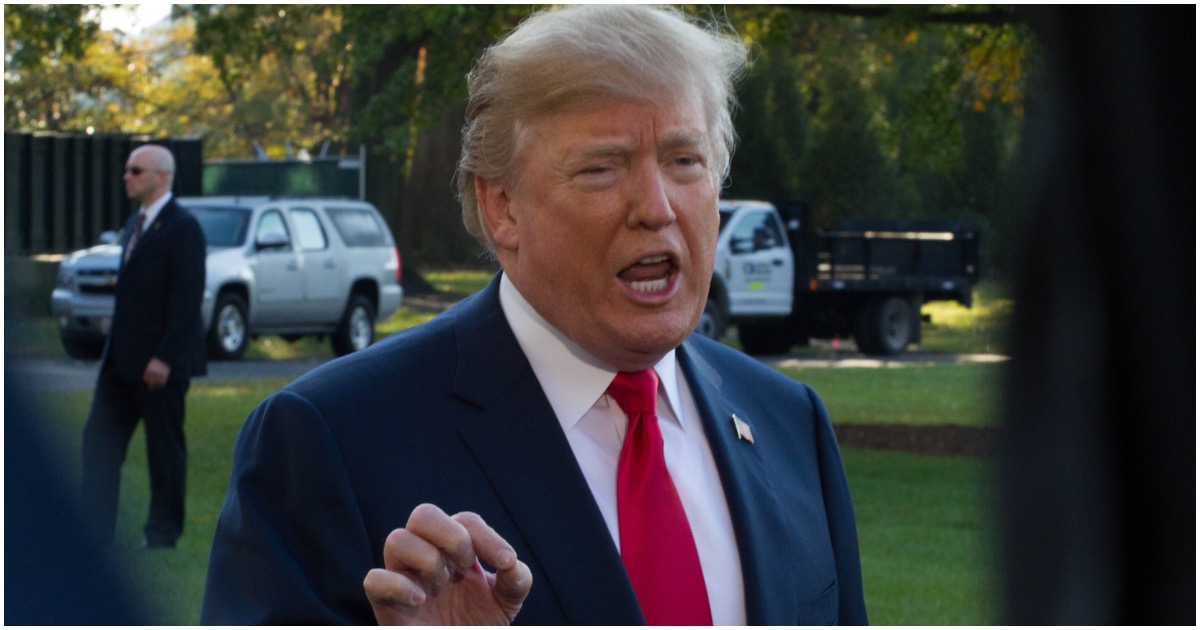 45 made the announcement speaking with reporters on Christmas morning.

Trump was clearly hard at work on Christmas morning.

Wasn’t Barack Obama always vacationing in Hawaii around this time of year for weeks on end?

Late on Christmas Eve, Trump made a big announcement.

It involves the border wall.

President Donald Trump claims he has awarded a contract to construct 115 miles of border wall in Texas as a partial government shutdown over the U.S.-Mexico border wall extends into Christmas Eve.

I am in the Oval Office & just gave out a 115 mile long contract for another large section of the Wall in Texas. We are already building and renovating many miles of Wall, some complete. Democrats must end Shutdown and finish funding. Billions of Dollars, & lives, will be saved!

I am all alone (poor me) in the White House waiting for the Democrats to come back and make a deal on desperately needed Border Security. At some point the Democrats not wanting to make a deal will cost our Country more money than the Border Wall we are all talking about. Crazy!

Trump repeatedly promised Americans a wall on the southern border to stem the flow of drugs and illegal immigration during the 2016 presidential campaign.

He intends to deliver.

Because a majority Republican Congress failed to act during Trump’s first two years, the president has to do things his way.

45 now plans to use the military.

Rep. Nancy Pelosi (CA): “Does [Trump] want to have government closed forever? What’s this about?”

Translation: Trump is willing to shut down the government since Dems won’t give in to border wall funding, so Dems are prepared to keep government shut down for a long time.

Pelosi: “Let’s hope that there won’t be a shutdown of the government. That’s a very bad thing to do. Maybe the president doesn’t grasp that, but that is very harmful to our country.”