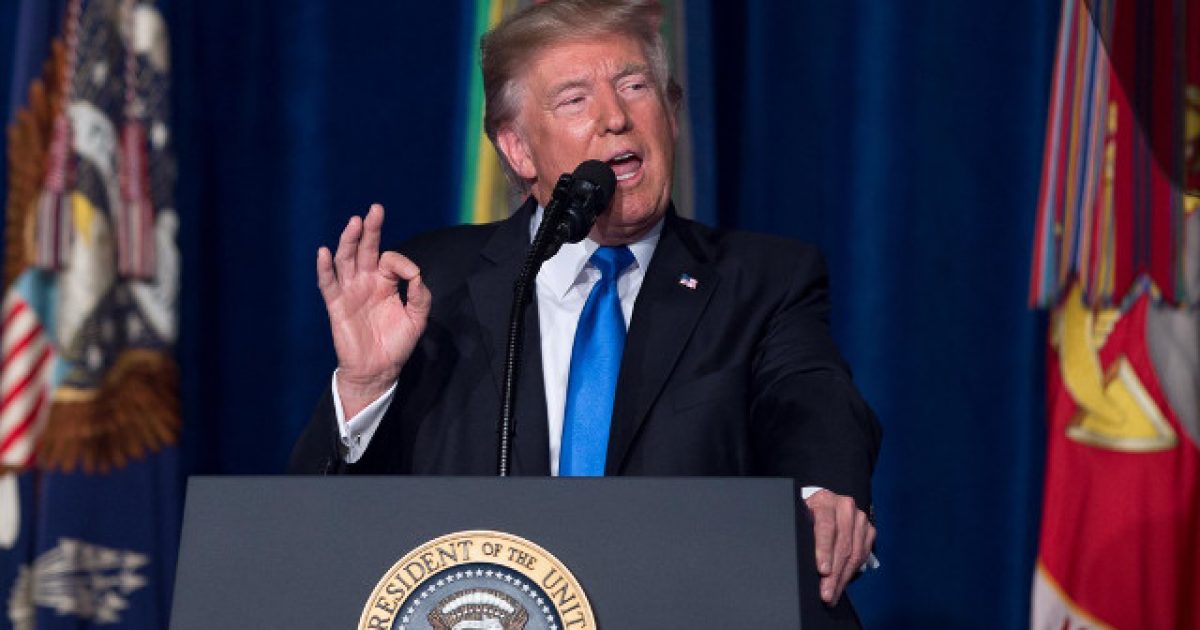 Late Sunday evening the White House announced that the nation of Turkey will be moving forward with a planned military operation in the northeastern portion of Syria, as American troops who have been working with Kurdish-led forces in that area will be pulling back from their positions.

The decision itself left the region and folks in Washington completely stunned. U.S. officials who spoke with Fox News stated that top officials working at the Pentagon were “completely blindsided” by Trump’s decision to pull back hundreds of troops, a move that essentially gives Turkey the okay to come in and attack our allies in the area.

But Trump vociferously defended the decision in a string of tweets early Monday morning, saying the ISIS “Caliphate” has been defeated and lamenting that the U.S. was in the region years longer than planned. Reprising the rhetoric on foreign wars he has often used on the campaign trail, he described the fight as a regional conflict for Turkey and other countries to wage — not America’s problem.

“The United States was supposed to be in Syria for 30 days, that was many years ago. We stayed and got deeper and deeper into battle with no aim in sight. When I arrived in Washington, ISIS was running rampant in the area. We quickly defeated 100% of the ISIS Caliphate,” he said.

The United States was supposed to be in Syria for 30 days, that was many years ago. We stayed and got deeper and deeper into battle with no aim in sight. When I arrived in Washington, ISIS was running rampant in the area. We quickly defeated 100% of the ISIS Caliphate,…..

As for the Kurds, he tweeted: “The Kurds fought with us, but were paid massive amounts of money and equipment to do so. They have been fighting Turkey for decades. I held off this fight for … almost 3 years, but it is time for us to get out of these ridiculous Endless Wars, many of them tribal, and bring our soldiers home. WE WILL FIGHT WHERE IT IS TO OUR BENEFIT, AND ONLY FIGHT TO WIN. Turkey, Europe, Syria, Iran, Iraq, Russia and the Kurds will now have to … figure the situation out, and what they want to do with the captured ISIS fighters in their ‘neighborhood.'”

Trump went on to say that he has full confidence that should ISIS forces arise once again, the U.S. will be able to defeat them. The White House did declare that the U.S. will not in any capacity be involved in the Turkish operation.