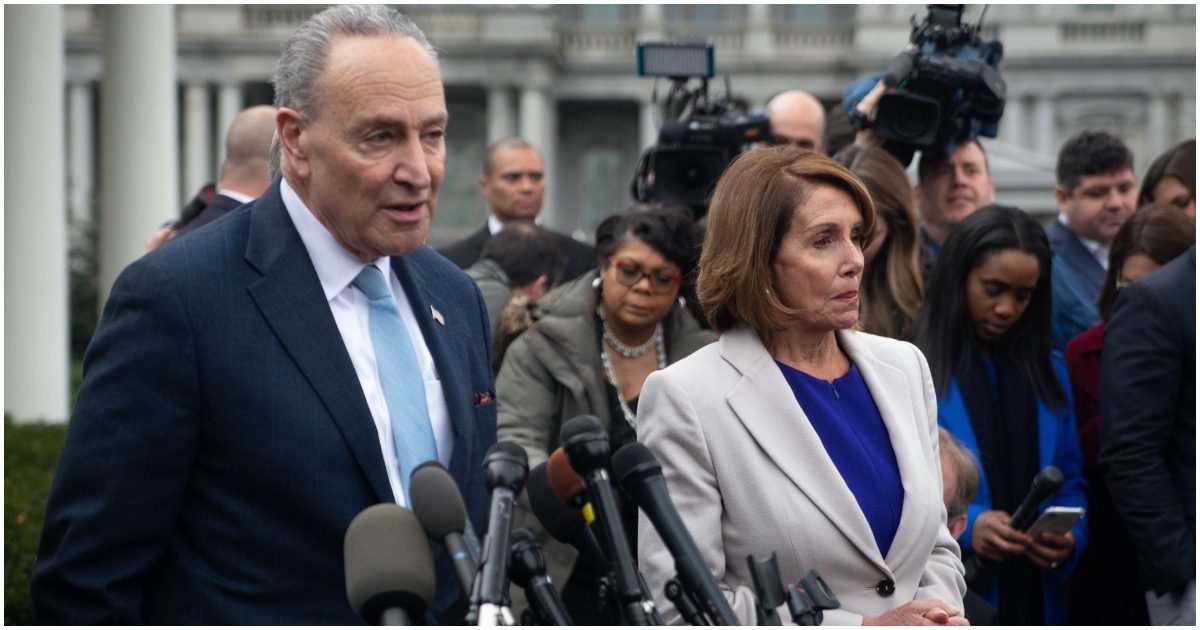 Because President Trump beat Democrats to the punch and gave the American people what they needed during this difficult time, liberal “leaders” are royally ticked off. They’re so mad that POTUS signed a few executive orders the other day for COVID-19 relief that they may just sue the administration.

Because that’s who they are.

President Donald Trump signed four executive actions on Saturday to provide relief to Americans amid continued fallout from the coronavirus pandemic as talks with Democrats continued to stall, and now Democrats are reportedly expected to challenge Trump’s actions.

Here’s what the EO’s entail…

2. Implement a moratorium on evictions and give financial assistance to renters.

3. Add $400 per week in extra unemployment benefits through the end of 2020, requiring states to cover 25% of the additional benefits.

4. Postpone student loan interest and payments through the end of 2020.

Pelosi & Schumer held up relief for the American people because they wanted a liberal wishlist that talks more about "cannabis" than a “job.”

Today President Trump took action to make up for Democrats’ failures. He stepped up to deliver targeted relief to the American people.

According to The Los Angeles Times, the executive order’s “are expected to face legal challenges from Democrats that could blunt their impact.”

Flashback: Teacher Tells Kids to Die ‘A Long Painful Death’ From COVID-19 for Playing Outside