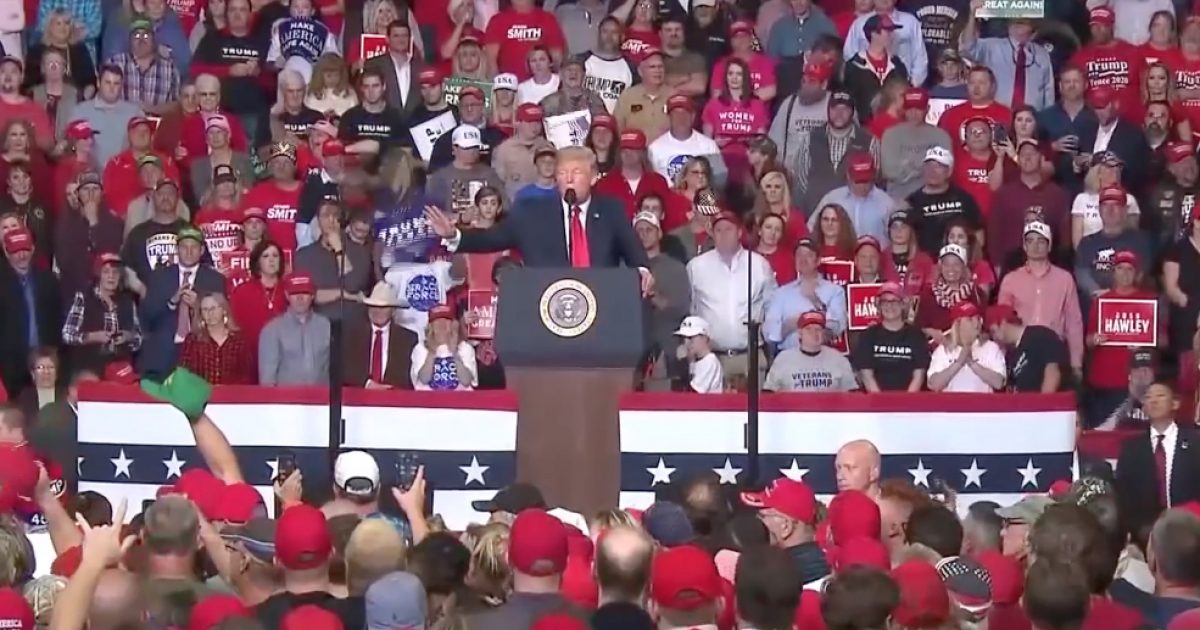 In the final hours before election day, President Donald Trump was unafraid to discuss the elephant in the room.

I’m speaking, of course, about the radical leftist mobs that have infiltrated our society at the behest of prominent democrats such as Eric Holder and Maxine Waters.  These two leftist agitators are merely the tip of the iceberg, but their pointed and provocative statements on the treatment of American conservatives will long live in infamy.

The President has taken umbrage with this tone on several occasions, hurling a number of combative phrases in the general direction of the mainstream media for their incitement of such mobs.

President Trump brought out the big guns in his final rally before Election Day as he made his closing argument, urging voters to “stop the radical resistance in its tracks” to prevent Democrats from undoing the gains he’s made in his first two years.

“We are a great nation at risk in a dangerous world,” Limbaugh said. “We are hanging by a thread. Do you realize, folks, there is nobody ― there’s some on the Republican side ― but for the most part there’s nobody who would do what Donald Trump has done, nobody who would buck the system? Who among anybody in politics, who could you have lobbed onto that would have this kind of chance to make America great again?”

The President has also expressed regret over the bombastic tone that he has taken as of late, but has said that he has had “no choice” in the matter due to the unruly rhetoric he faces on a daily basis.

VIDEO: Lindsey Graham Drops Hopeful Comments About the Status of the GOP in America