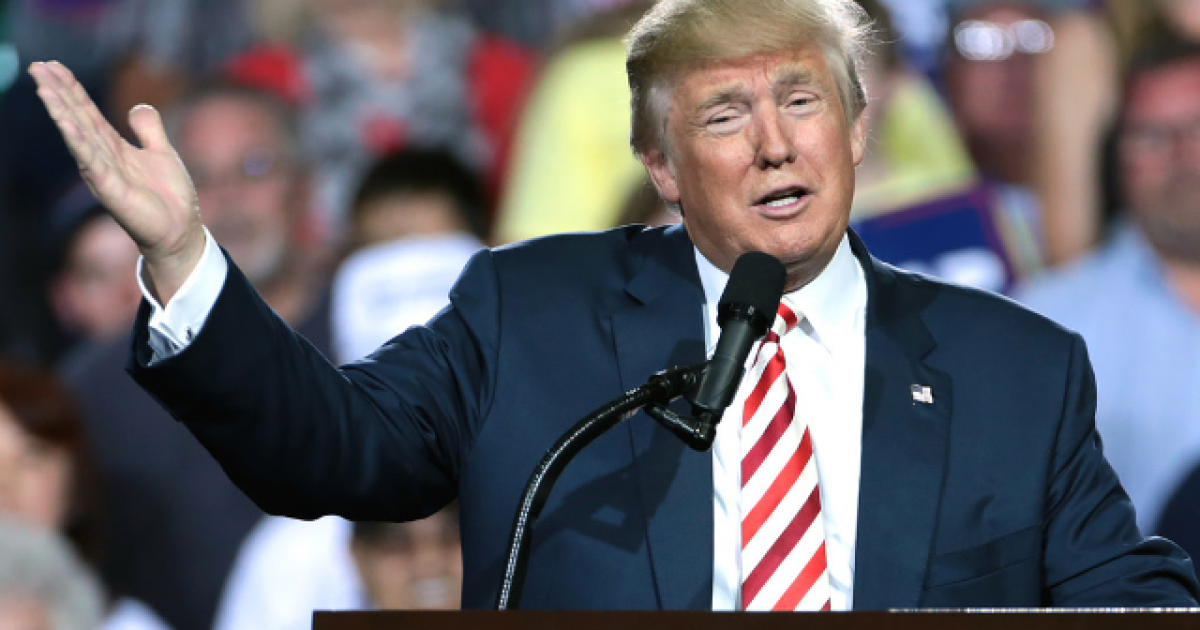 One of the more visited locales in the political correctness minefield known as America is the Civil War.

The event, which took place well over a century and a half ago, has been at the center of political debate essentially from its conclusion.  It is still considered to be one of the most turbulent times in our nation’s history, having divided the country in ways that modern democrats can only dream of.

Sure, that was a bit harsh, but someone had to say it.

Now, as President Trump juggles a migrant caravan approaching our border, unprecedented political animosity, and incivility promoted from the highest perches of the progressive platform, he has still found time to honor those who fought and died during the War Between the States…even if the War Between the Aisles is about to swallow him whole.

Camp Nelson was once 4,000 acres, used to train and supply the Army of the Ohio. Today, 525 acres have been preserved to include a museum and reconstructed buildings. Saturday’s ceremony took place in a replica barracks, where two soldiers squeezed into bunks atop of straw mattresses. One of those soldiers was Jesse Comasuell Toll, according to his great grandson, Robert P. Gates Sr.

Gates attended Saturday’s ceremony and opened it with prayer. He said his great-grandfather, who was born a free man but lived under the threat of slavery, lived at the camp and attended a church. Gates now pastors that church, the Historic First Baptist Church of Camp Nelson.

“They came here because it was closer to freedom than it was to go to Canada,” he said.

Kentucky has a complicated Civil War history. It never officially joined the Confederacy, but it allowed slavery and was filled with Confederate sympathizers who attempted to set up a shadow government in the western party of the state. Confederate soldiers briefly occupied the state capital of Frankfort before Union forces took it back.

And just why is Camp Nelson so significant?

When Abraham Lincoln signed the Emancipation Proclamations to free slaves during the Civil War, it did not apply to Kentucky, one of the few slave states that did not join the Confederacy.

But Elijah P. Marrs did not want to wait. He escaped slavery in September 1864 to join the Union Army in Louisville and told some of his fellow slaves, “We might as well go.”

“If we staid at home we would be murdered,” he wrote in his autobiography. “If we joined the army and were slain in battle, we would at least die fighting for principle and freedom.”

Marrs was one of about 10,000 African-Americans who eventually came to Camp Nelson in central Kentucky, a Union Army depot during the Civil War that became a recruiting center for black soldiers and a refugee camp for their families. Saturday, the camp became the country’s latest national monument, the first area to gain the designation under Republican President Donald Trump.

This may very well be the definition of heritage over hate, and it bolsters the idea that our nation can continue to learn from and celebrate the sacrifice of those who were affected by our nation’s darkest days.

This will likely “trigger” a number of prominent democrats who seem eager to erase the entirety of the Civil War from the nation’s history.