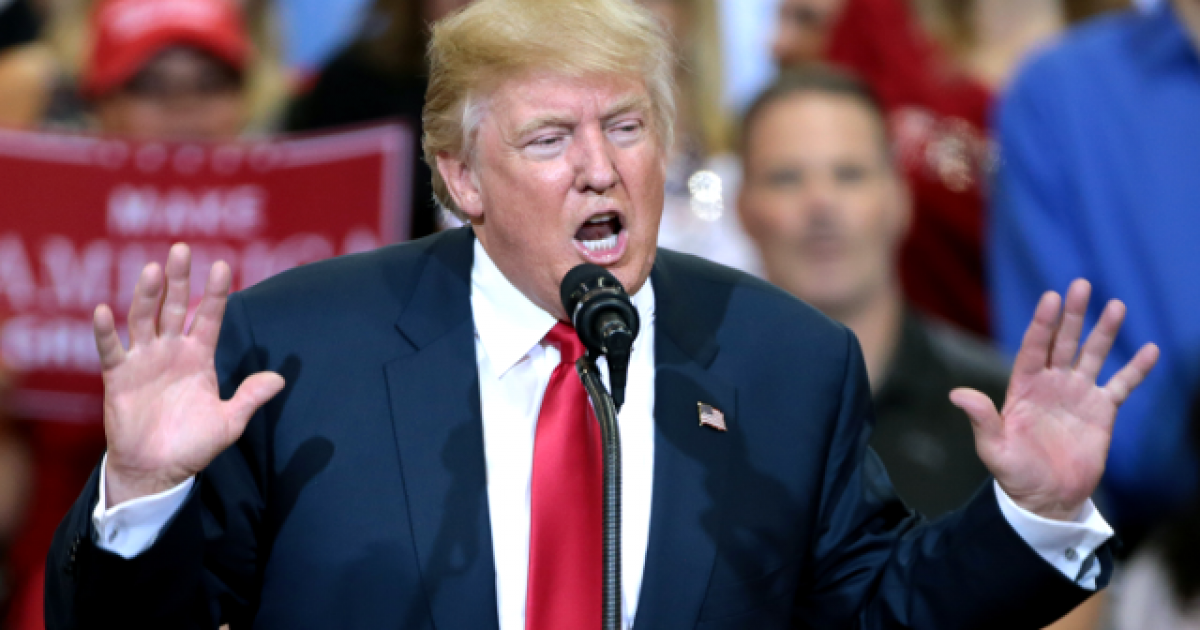 In our ever-changing world of vitriolic media, it can become difficult at times to temper ourselves, and not fall victim to their dangerous game of one-upmanship.

Donald Trump, well before he had even filed his first piece of political paperwork, was certainly aware of this reality.  As a business mogul in the mean streets of New York City, Trump certainly understood what it takes to stand out in The Big Apple.  His bombastic approach made him an undeniable figure in the world of real estate, but it also handed the mainstream media a playbook on how to work the man into a fervor.

This has been in full effect since the inauguration of President Trump, with CNN and others constantly attempting to goad the Commander in Chief into some sort of irate and irreversible gaffe on which they can pounce.

Now, in a fit of concern for the nation’s sovereignty as we stare down up to 14,000 migrants marching our way, the President has made a claim about the military rules of engagement on the border that has people talking.

President Donald Trump issued a dire warning to would-be immigrants making their way toward the U.S., warning that thousands of U.S. troops being sent to the border would return fire if caravan members throw rocks at them.

Trump has already ordered thousands of troops to the southern border, and was asked after delivering a fiery speech at the White House whether he envisioned them firing on the people making there way approaching the border on foot.

‘I hope not. I hope not. It’s the military. I hope there won’t be that. But I will tell you this: Anybody throwing stones, rocks, like they did to Mexico and the Mexican military, Mexican police – where they badly hurt police and soldiers of Mexico – we will consider that a firearm,’ Trump warned.

Is this the President simply acting tough, or does he truly believe that this sort of action will be necessary or appropriate in the context of the migrant caravan?

Or perhaps this is simply a case of the mainstream media having so vilified the President that he feels some sort of need to take such an extreme stance so publicly.  I suppose we will find out in a few week’s time when the migrant caravan reaches the United States.