President Trump has had figurate crosshairs on his head from the moment he stepped into the political arena some years ago.

As an outspoken and successful businessman-turned-television star, Trump had been thoroughly examined in the American public eye for decades.  When he entered the political fray, all of those examinations were undergone again.  And again.  Ad nauseam, and continuing to this very day.

Then came the direct threats and dogwhistles.

We mustn’t ever forget Kathy Griffin’s gruesome and hate-filled stunt in which she carried around a photorealistic severed head of the President exactly two weeks before James T. Hodgkinson opened fire on the GOP baseball team in Virginia.

Now, as Robert Mueller’s investigation into possible collusion between Russia and the Trump 2016 campaign is coming to a close, (with no evidence of collusion apparent as of yet), the President is firing a proverbial warning shot over the heads of those who were hedging their political bets on the Special Counsel.

President Trump on Wednesday morning shared an image calling for his opponents to face trial for “treason,” with many of them behind bars.

“Now that Russia collusion is a proven lie, when do the trials for treason begin?” the caption on the photo reads.

The image itself is bold.

The President has been railing against Robert Mueller in recent days, as the investigation begins to unfold.

Just this week, two plea deals that Mueller’s team had garnered have fallen apart, with a third possible target of the investigation, Roger Stone, telling the world that he would fight any Mueller-led charges in court as well.

On Capitol Hill this week, there has been turbulence once again. This time, instead of a riotous mob looking to storm the building and create chaos intended to derail our government, the trouble comes from California Congresswoman Maxine Waters, whose suggestion that Americans need to be “more confrontational” in their opinions on the Derek Chauvin trial has been widely lambasted as an inappropriate call to arms at a time in which our nation is already suffering from uncouth bouts of political violence. For her troubles, Waters is now facing censure. House GOP leader Kevin McCarthy told Breitbart News exclusively that he will move to formally censure House Financial Services Committee chairwoman Rep. Maxine Waters (D-CA) over her call to violence in Minnesota this weekend. McCarthy’s move, which comes after House Speaker Nancy Pelosi refused to hold Waters accountable, will force a censure vote in the House. Pelosi cannot stop McCarthy’s resolution censuring Waters from receiving a vote, because it is a privileged resolution. If Democrats lose just three of their members on this vote and all Republicans vote for it, then Waters will be formally censured by the House and likely lose her powerful position as chair of the Financial Services Committee. This is certainly not Waters’ first foray into violent rhetoric. The Democratic stalwart had suggested that her constituents seek out conservatives and make them feel “not welcome” during a speech in 2018.  Over the next several days, Democratic operatives verbally harassed a number of prominent GOP women, shouting them out of public spaces. 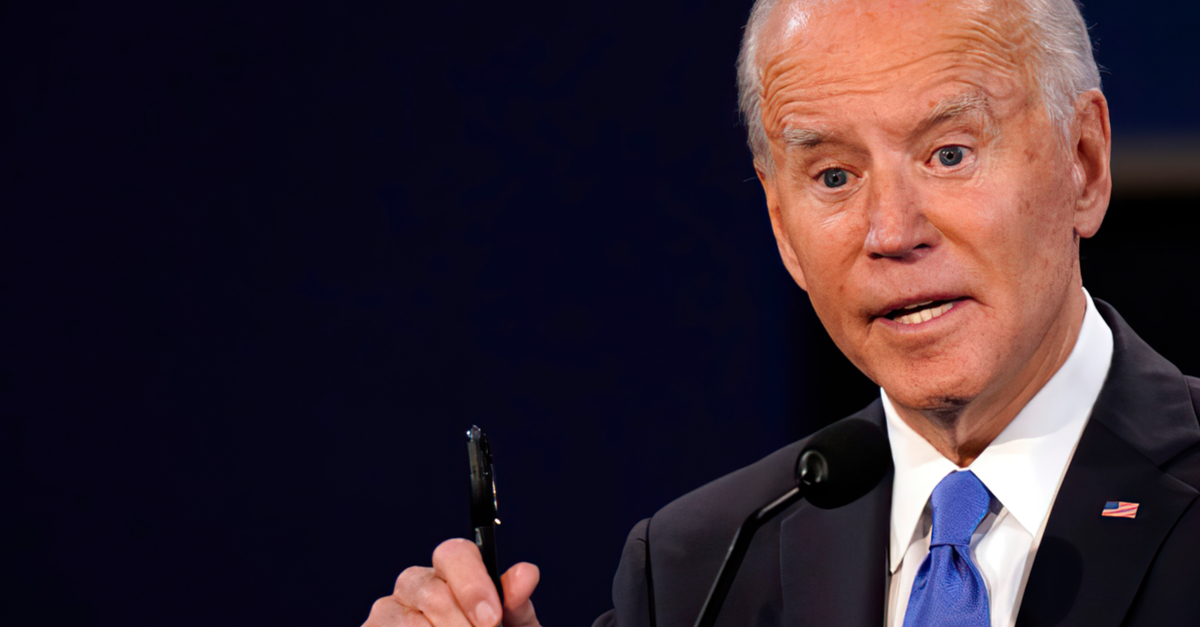 America and her people are in a tense situation at the moment, and you would think that the President would be looking to bring some calm and clarity to the situation.  Instead, Joe Biden has stepped into a massive controversy by weighing in on the case before the jury has even finished their deliberation. Jurors are currently examining the case of Derek Chauvin, the police officer who was kneeling on George Floyd’s neck when he died, looking to decide if he is culpable for the man’s death. All the while, our nation fears that certain outcomes could lead to mass violence, rioting, and looting. Now, as President Biden weighs in on the case, there are fears that his statement could be considered tampering with the process. As the nation awaits a verdict by the jury in the trial of former Minneapolis police officer Derek Chauvin, President Biden said on Tuesday he is “praying the verdict is the right verdict.” Briefly speaking with reporters at the White House, the president discussed his call on Monday with the family of George Floyd, the Black man in Minnesota who died after he was seen on video – handcuffed – saying “I can’t breathe” as Chauvin kneeled on Floyd’s neck. His death sparked nationwide protests last spring and summer over police brutality against minorities and systemic racism. Chauvin is charged with second-degree unintentional murder, third-degree murder and second-degree manslaughter in Floyd’s death. He has pleaded not guilty to all three charges. Fellow Democrat Maxine Waters has also garnered criticism for injecting herself into the case, after she was reported to have told constituents to be “more confrontational” regarding the issue – something that could certainly weigh on the minds of jurors as they deliberate. Jenna Ellis, a lawyer working for Donald Trump, blasted Biden…