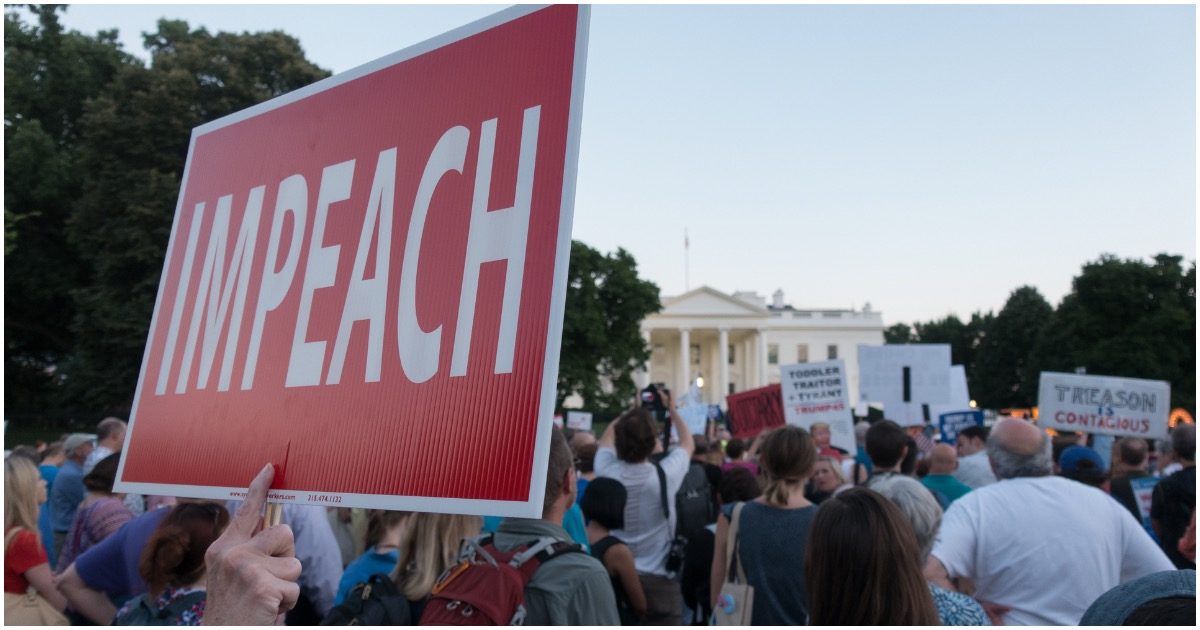 Bitter ender Never Trumpers keep insisting that Donald J. Trump is bad for the nation and destructive to conservatism and the Republican Party. They point to his tweets or to other distractions of the Trump years, most of which will end up irrelevant. In the real policy world, the Trump economy is making history as one of the strongest the country has ever seen, and it’s benefiting workers at the lower levels with wages rising faster than any other group. Minority employment is breaking records, and breaking dependence on government along with it. The booming economy, the energy revolution, our stronger and non-apologetic stride on the world stage, and America’s newfound assertiveness versus communist China and the Russian oligarchy provide persuasive evidence that Trump’s presidency is a conservative success, to anyone willing to be persuaded.

All of these real Trump accomplishments can be undone with an election or two and that’s exactly what the Democrats are proposing. Democrats want dependence on government, they despise a stronger America, and they put their religious belief in extreme climate politics above all else. The supposedly “reasonable” Joe Biden says he will sacrifice thousands of blue collar jobs and force the economy off of fossil fuels. This could kill millions of jobs and throw the economy into depression. Other Democrats would do even more damage. Democrats will go after the gig economy as they already have in California, dictatorially capping freelance work and killing jobs. They will try another run at government-run health care and attack the First and Second Amendments, as they already are in states they control. So while the Trump economy is a real accomplishment, it’s based on policy that is vulnerable and Democrats are openly stating they will destroy it. Trump’s true legacy accomplishment runs deeper and will long outlast his time in office whether he wins a second term or not.

That legacy is winning over some former Never Trumpers and Trump skeptics. I recently spoke with a friend who was a Trump skeptic going into the 2016 election. One thing tipped the scales in Trump’s favor for him. Trump said the right things but so did many Republicans. Trump had no policy background to work with. Trump’s potential judicial appointments were unknown. Trump had said he would appoint constitutionalists, but so had both Bush presidents, and conservatives got a very mixed bag from them. Some were good, such as Supreme Court Justice Sam Alito, and some were bitter disappointments, including Justice David Souter and Chief Justice John Roberts, both of whom “grew” leftward and voted to uphold Obamacare. But my friend had more than enough data on the kind of judges a President Hillary Clinton would appoint. Clinton’s judges would be far left, believe in a “living Constitution,” be radical and probably deep state operatives who would assault the Bill of Rights (taking direct aim at the freedom of religion and the right to bear arms). They would legislate from the bench to hand the left victories they could not win at the ballot box. They would free criminals with no regard for their past and future victims, as liberal judges did in the 1960s through the 1980s, leading to a plague of violent crime. My Trump skeptic friend decided to “roll the dice” and go with Trump, figuring the judges he couldn’t predict from Trump stood a pretty good chance of being better than the judges he could easily predict from Clinton.

Trump’s judicial picks have been better than he ever expected, and they have won over other skeptics among workaday Americans who just want their country to not feel like it’s in the grips of a hostile woke regime. People who work for a living, who want their kids to be able to find jobs, and who want the freedoms our founders fought for to live on for future generations. People who remained skeptical until Trump elevated Neil Gorsuch to the Supreme Court. People who were inspired by President Trump’s resolute loyalty to Brett Kavanaugh. These conservatives recognize that both Bush presidents, a President McCain, Romney or many other gentry Republicans would have wilted and withdrawn Kavanaugh’s name, or worse, forced him to withdraw his own name in permanent humiliation and disgrace. That’s what gentry Republicans do – they “cross the aisle,” betray their allies and turn their backs on their principles. But Trump unwaveringly stood by his pick. Kavanuagh cleared his name and was confirmed to the Supreme Court. Only a fighter who has been through the relentless assault Trump has faced, from the Democrats, the media and from too many other Republicans, would have stood up to the mob and won.

More recently, while the extremist Democrats have gone hellbent to impeach Trump in the House, he quietly led the Senate to confirm 15 judges. This includes 13 district judges and two appointments to California’s Ninth Circuit Court of Appeals. The latter two, Patrick Bumatay and Lawrence VanDyke, flip the Ninth from being the often ridiculed leftwing Ninth Circus to be a right-leaning court. The left thought they owned that court forever. Trump has pulled it back to rationality. The Ninth may become the venue through which Americans can chip away at the madness dominating California’s policies including AB5, the freelance job killer championed by Rep. Lorena Gonzalez (D), and California’s extremist housing and energy policies. If so, Trump’s legacy could be to save California from itself.

As if to underscore Trump’s judges’ importance, former Vice President Joe Biden is promising to appoint former President Barack Obama to a lifetime seat on the Supreme Court if he wins the White House. Obama cloaked his socialist beliefs during his career in elected office. He would have no reason not to come out and push socialist policies from SCOTUS and could have three or four decades to do it. And Biden is supposedly the “reasonable” Democrat. Proffering Supreme Court Justice Obama may be the Hail Mary of a desperate, floundering campaign – but it’s also a recognizable threat to freedom.

All told, President Trump has had 187 judges confirmed during his first term. He has appointed 25% of the judges on the nation’s 13 appeals courts, tilting many of them including the San Francisco-based Ninth and the New York-based Second to the right. These conservative judges will be the bulwark of our freedoms against leftist assault for decades to come.

Because of this, my former Trump skeptic friend will proudly vote to keep Donald J. Trump president for four more years. By then, he reasons, we could have a solid 6-3 majority on the Supreme Court, and a judiciary that will help return the nation to its true federalist roots. These accomplishments are far more important than all of Trump’s thousands of tweets, to any policy-minded conservative willing to be persuaded.