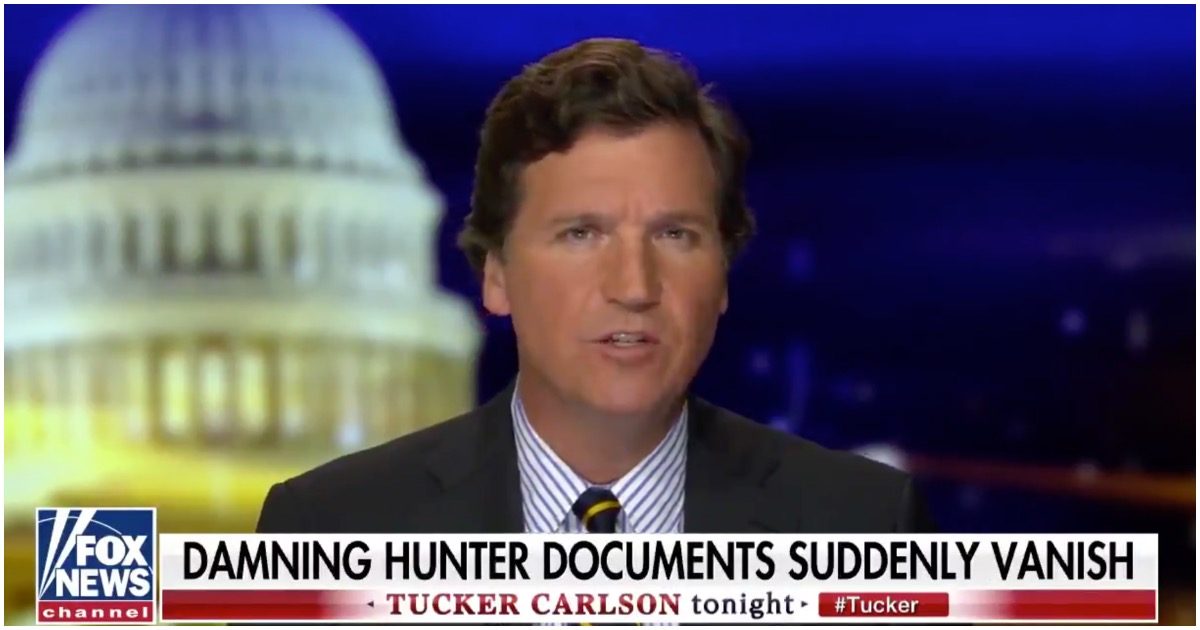 During his Wednesday evening show, Tucker Carlson dropped a bombshell regarding the Biden crime family. No need to chit-chat. Let’s just get right into it.

Tucker didn’t describe the documents other than to say they were damning, and that they came from a new source and related to the Biden crime family.

Tucker received word that the documents had been sent to him while he was in LA interviewing Tony Bobulinski for yesterday’s blockbuster interview. He asked his producer in New York to send them to him as quick as he could. Tucker said they used a very comment package courier, one that we would all be familiar with, but that the document never arrived.