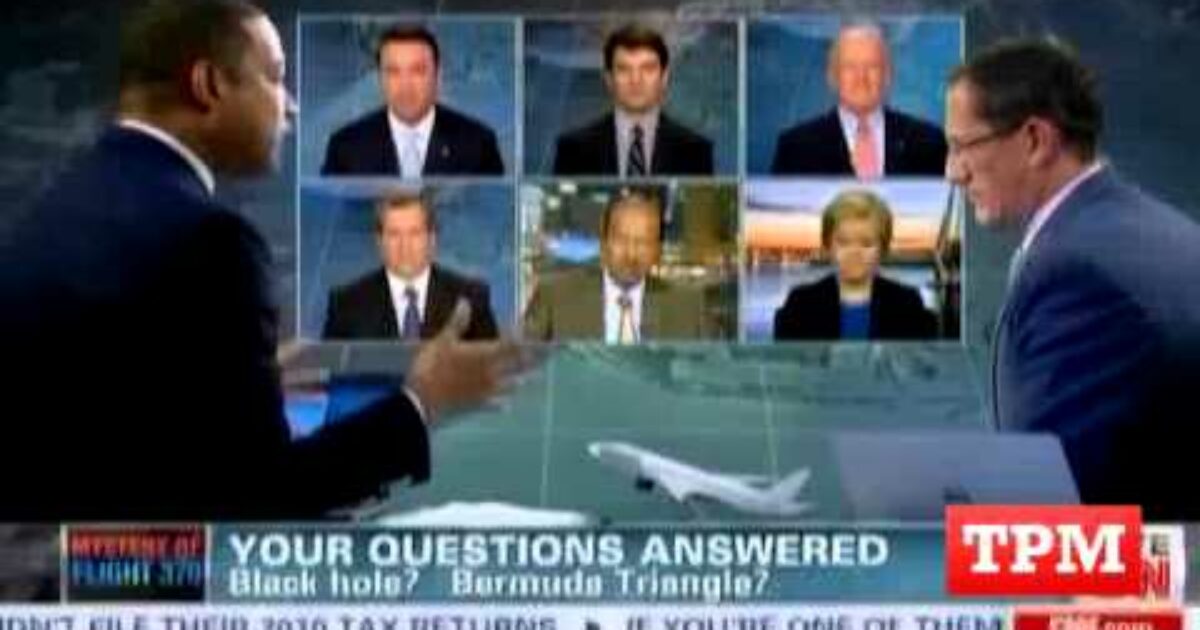 That would be difficult to buy, given that Lemon is black. Someone might want to check his home décor, however, because there’s something in his kitchen that would end the career of any conservative, no matter their race.

Fox News’ Tucker Carlson noted the irony that Don Lemon — recently seen saying America is a racist country during an interview with The Washington Post — has a cookie jar of a “mammy” caricature in his multimillion-dollar house.

Carlson began the segment by dryly remarking that “most of the time [Lemon] talks about cable news host type things — what the royals are up to, how a commercial airliner might have flown into a black hole, you know, the news.”

Tucker was referring to an incident that would have been the nadir of almost any other journalistic career; during CNN’s endless speculation in the aftermath of the 2014 disappearance of Malaysia Airlines Flight 370, Lemon asked a former Department of Transportation inspector general, based on viewer questions, whether it was so “preposterous” that the plane was sucked into a black hole, had disappeared because of a Bermuda Triangle-like phenomenon or had crashed into a mysterious island like the plane in “Lost.”

(“A small black hole would suck in our entire universe, so we know it’s not that. The Bermuda Triangle is often weather. And ‘Lost’ is a TV show,” the unimpressed official responded.)

“But Don Lemon, most importantly, is more than that,” Carlson continued. “Don Lemon’s a civil rights leader. And just the other day he spoke to The Washington Post about his feelings on civil rights — and he declared, you may not be surprised by this, that America is a racist country.”

Lemon told the paper that “[w]e’re living in two different realities as black and white people” in the United States. “We knew, as black people, what was lurking beneath the surface. I still believe that [Trump] was the necessary wake-up for America to realize just how racist it is.”

Right: Carlson noted that Lemon is “a guy who makes millions of dollars a year for presiding over a show that is failing. That seems like a pretty good deal — but, like so many, Don Lemon is also a victim. A successful victim.”

Carlson then wondered where Lemon fit on the victimhood scale, which runs from “Megan Markle to Michelle Obama.” How much of a victim is he, then?

“Don Lemon lives in a $4.3 million home in Sag Harbor, New York,” Carlson said. “No, he doesn’t live in Section 8 housing, he lives in one of the whitest towns in America. In fact, 80 percent [white], Sag Harbor is just 3 percent African-American.

“In the interview, Mr. Lemon said America needs to see more people like him. He regularly lectures America about diversity. What he didn’t tell The Washington Post is that in his free time he runs away from diversity.”

He also has a bit of a problematic conversation piece in his kitchen.

“Here’s the most troubling discovery about Mr. Lemon,” Carlson said. “You have heard from the White House, from the president himself, that white supremacy is a lurking threat. You might not always see it, but it’s always there.”

Including inside Don Lemon’s own house.

Ya!!! Don Lemon is totally fighting for poor black democrats in his $4M mansion while cooking in his $300k designer kitchen with a racist Mammy Jar. Y’all got played. pic.twitter.com/su00iti3ix

“Do you see that? That right there, ladies and gentlemen, is a white supremacist, QAnon cookie jar. Now we’re not calling for the Department of Justice to look more deeply into this because that’s not our place. We’re a cable news show, not a law enforcement agency.

“But let’s just put it this way: If you find yourself with a blackface cookie jar in your own kitchen, it’s time to reflect. That means you, Don Lemon.”

He’s had a bit of time to reflect, actually: The “mammy jar” was in the background during CNN’s traditional hooch-soaked New Year’s Eve festivities at the beginning of this year, this time held remotely for obvious reasons.

Wait a minute Don Lemon what is this?? pic.twitter.com/d4nwgA0SLw

The same people doing mental gymnastics to say this is normal are the same people who got Aunt Jemima erased https://t.co/U5m2f0ww7g

And yes, before you ready the email, I understand the idea of cultural reclamation. This isn’t it — not on CNN’s airwaves, anyway, and not when Lemon is one of America’s most prominent grievance-peddlers.

He’s a 21st-century update to the race-hustling Reverend Bacon character in Tom Wolfe’s “The Bonfire of the Vanities” — and this is even counting the fact the inspiration for the character, the Rev. Al Sharpton, now has his own gig doing the same thing as Lemon, just on MSNBC. Don Lemon has out-Sharptoned Al Sharpton. That’s who we’re talking about here.

Picture if this were Carlson. He’d be tarred, feathered and shipped out to cultural cancelation.

It wouldn’t even have to be a white conservative. Picture if this was South Carolina GOP Sen. Tim Scott, a man Lemon recently lambasted for saying “woke supremacy is as bad as white supremacy” and claimed there was no such thing as “woke supremacists.”

(A month and change later, Lemon’s woke cohort proved him wrong when many of them slurred Scott with the epithet “Uncle Tim” after Scott gave the GOP response to President Joe Biden’s address to a joint session of Congress.)

Would cultural reclamation work then? Would this work for any black conservative? No, of course not — and for that matter, why should it?

The fact anyone feels comfortable with a blackface cookie jar in their kitchen is pretty unsettling stuff, no matter what their race is. And here Lemon is, calling America racist.

Alas, Carlson’s advice that “it’s time to reflect” will go unheeded. I’ve seen a bit of Lemon’s show and it’s clear the man’s life is a no-reflection zone.

You're 'Acting Like Some of Us Are Guilty for Just Existing': Watch Student Defy Woke School Board in Front of Parents