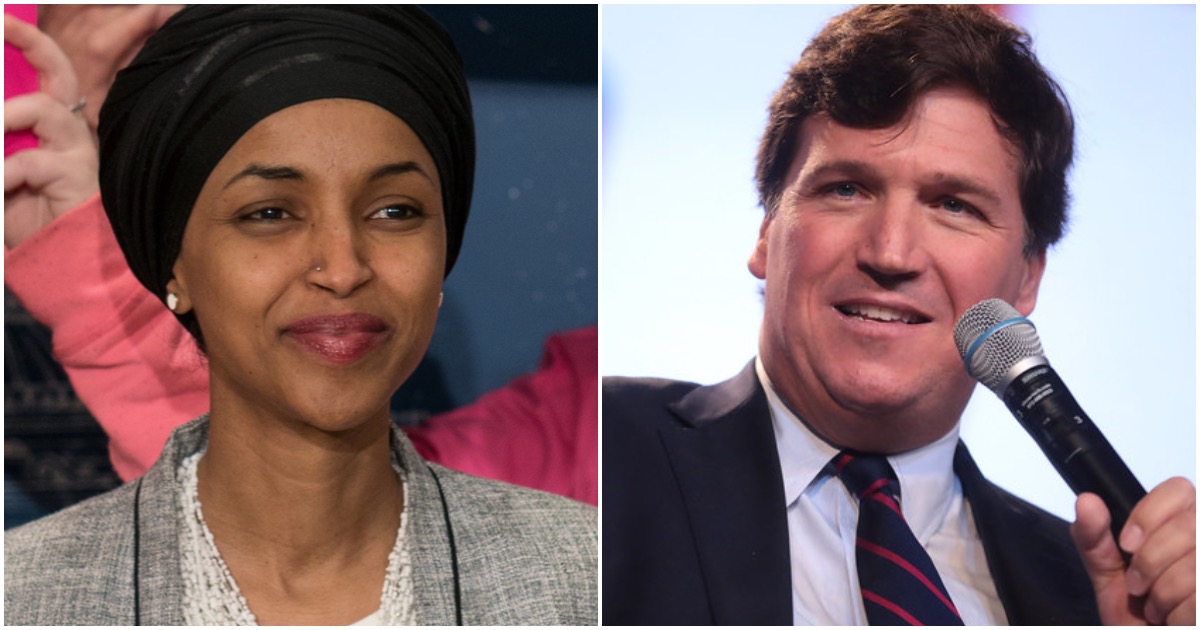 Fox News’ Tucker Carlson is not one to mince words.

He’s all about telling it like it is from the conservative perspective (the majority of the time).

Carlson’s remarks came after the Trump administration rolled out a new plan to overhaul the immigration system by making it a merit-based system.

During the five and a half minute segment Carlson also took a shot at Omar, who called for the abolishment of ICE this week along with ending deportations and decriminalizing illegal immigration.

Carlson noted, “For the left, whether the country benefits is not the point. Congresswoman Ilhan Omar––herself a symbol of America’s failed immigration system if there ever was one, someone who hates this country coming here at public expense––spent yesterday demanding the abolition of ICE, the decriminalization of illegal immigration itself, and an end to all deportation programs. She demands open borders, the unlimited arrival of anyone who wants to come to America, whether they have anything to contribute or not, and by the way, you get to pay for it. And if you don’t want to, you’re a bigot.”

Tucker Carlson: “Ilhan Omar, herself a symbol of America’s failed immigration system…someone who hates this country…spent yesterday demanding the abolition of ICE, the decriminalization of illegal immigration itself, and an end to all deportation programs” pic.twitter.com/qUl3O8Jq4g

Remember when Ilhan trivialized the 9/11 terror attacks, saying “some people did something?”

In other words, Dorsey took a stand for free speech.

Also, Omar and Democrats didn’t get their way.