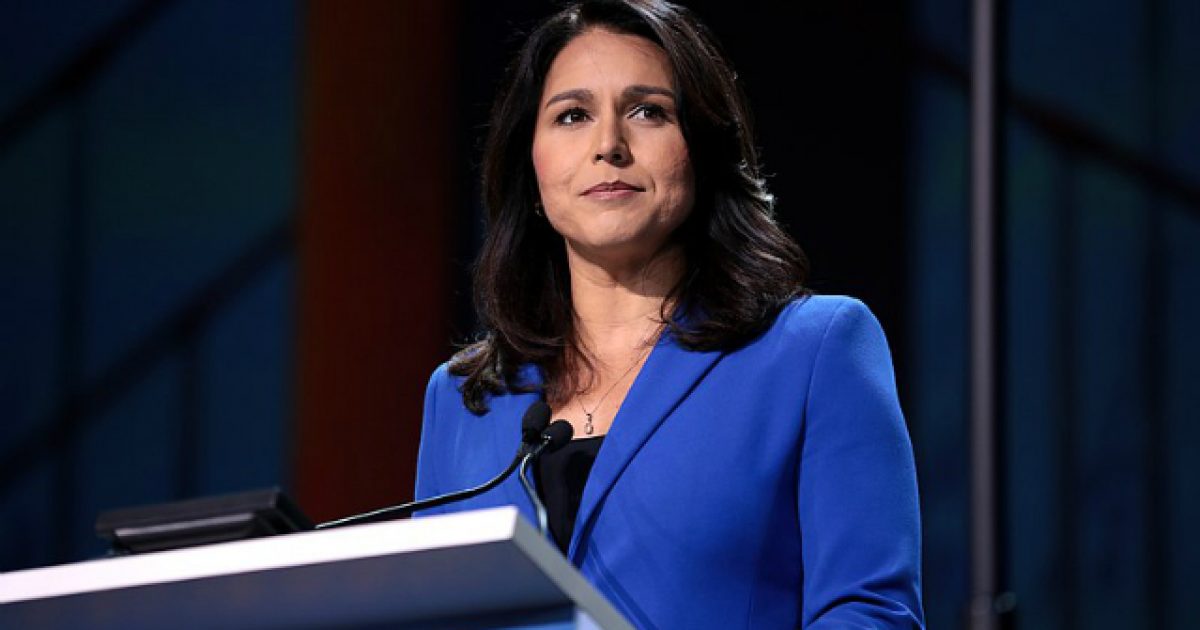 Democratic Congresswoman and presidential hopeful Tulsi Gabbard went on the warpath to defend her decision to make an appearance on Fox News, stating that her Democratic rivals are “disrespecting and dismissing” half the country by not appearing on the traditionally right-of-center news network.

Gabbard, D-Hawaii, appeared Monday on “The Joe Rogan Experience” podcast alongside retired Navy SEAL Jocko Willink, who pointed out she isn’t as far left as other Democratic candidates. As a result, Gabbard explained why she doesn’t only speak to extreme liberals during her primary campaign and instead prefers to speak to the entire country.

“This is why, I’ll go on Fox News, MSNBC, CNN and I’m delivering the exact same message to people and we’re building and growing support in people who watch those three different channels,” Gabbard said. “You’re never going to be able to have a dialogue… win support from people who you treat like garbage, who you disrespect, who you call names, who you call deplorables. But how do you expect to lead as the president of every single American in this country when you’ve thrown half of them away?”

“People are actually upset, they do not think that you should grace the Fox News screens, that you’re doing a disservice to your party,” Rogan said.

“On Tucker Carlson, I have a platform to be able to speak to millions of people across the country about the kind of leadership that I bring in the area of foreign policy,” Gabbard said. “I have the opportunity to deliver that message directly to people’s living rooms.”

Gabbard went on to say that she disagrees with Carlson on a lot of issues, but found common ground on certain foreign policy topics.

“I was attacked on the debate stage for going on Fox News. How do you think you’re going to lead this country, all Americans, if you’re completely, not only shutting out and not willing to talk to half the country that watches Fox News, but you’re in fact disrespecting and dismissing them just because they may disagree with you, or they watch a different news channel. I think that’s the bigger issue here.”

Fox News is having a very strong November, finishing up the month as the most watched television news network on basic cable, beating out CNN and MSNBC for an astounding 215th straight month.