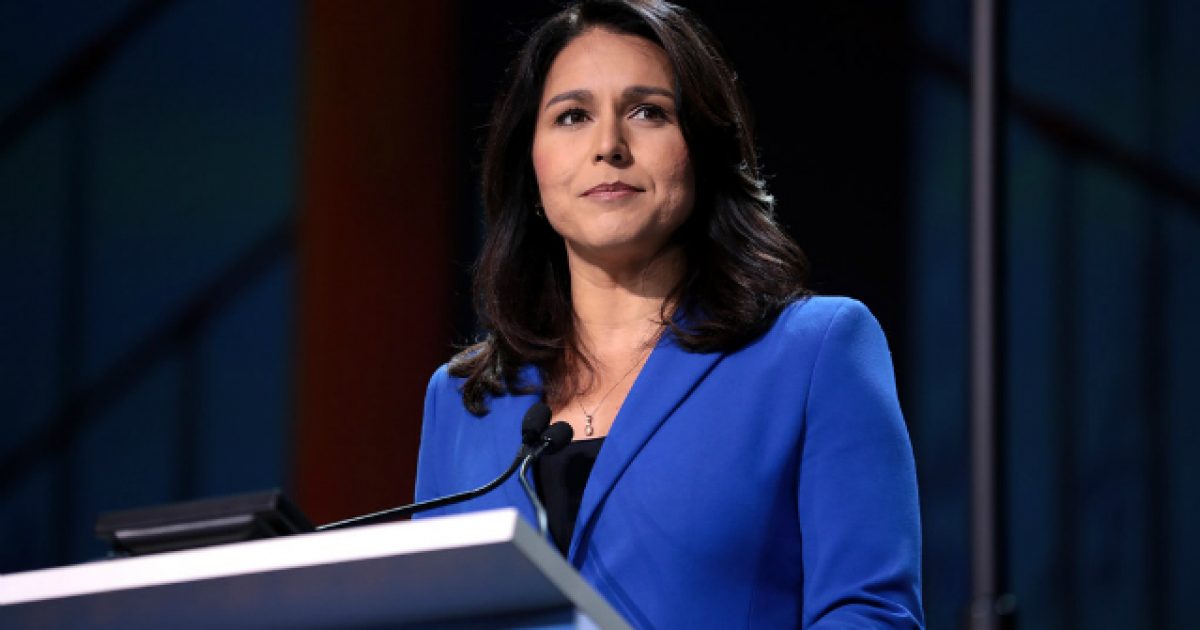 2020 presidential candidate Rep. Tulsi Gabbard is refusing to back down in her defamation lawsuit against former Secretary of State Hillary Clinton who accused her of being a Russian asset last year.

Gabbard filed the lawsuit back in January, stating that Clinton’s insinuation that she is a “Russian asset” hurt her “reputation and ongoing presidential campaign.” Gabbard recently sat down with Maria Bartiromo on Fox Business where she gave an updated on the status of the lawsuit.

“The papers have been served. I think the first court date has been set, and I think it’s important to understand that, you know, this is not just another political thing where one person said this — the other person said that,” the Hawaii Democrat, who is seeking $50 million in damages, explained.

“The accusation that Hillary Clinton has made really devalues the very essence of who I am,” she said. “This is about my life, and this is about the oath of loyalty and service, willingness to lay down one’s life for our country, that every single one of our servicemen and women make, and I am not willing to stand by to allow her or any of her powerful allies and partners to take such an action, which is why I filed this lawsuit.”

The lawsuit came in response to comments Clinton made during an October podcast when she claimed Gabbard was a “Russian asset” and that the Kremlin was pushing her to run as a third-party candidate to ensure President Trump’s reelection by splitting the vote between her and the Democratic nominee.

Clinton has tried to walk back the comment she made about Gabbard by claiming that she meant that Republicans were “grooming Tulsi, not Russia.”

A likely story as the saying goes.

The bottom line here is that Hillary Clinton shot her mouth off and for once, someone decided not to lay down and take it, holding her accountable for her actions, which is something that’s not really been done before.

Clinton has managed to escape the natural consequences of bad decisions for a long, long time. Here’s to hoping that Gabbard is able to get a little justice for all of us with the lawsuit, though in all honesty, it’s not nearly enough for the things she’s done.

Klobuchar Campaign Brings In Over $2.5M In Just A Few Hours After Strong Finish In New Hampshire Primaries