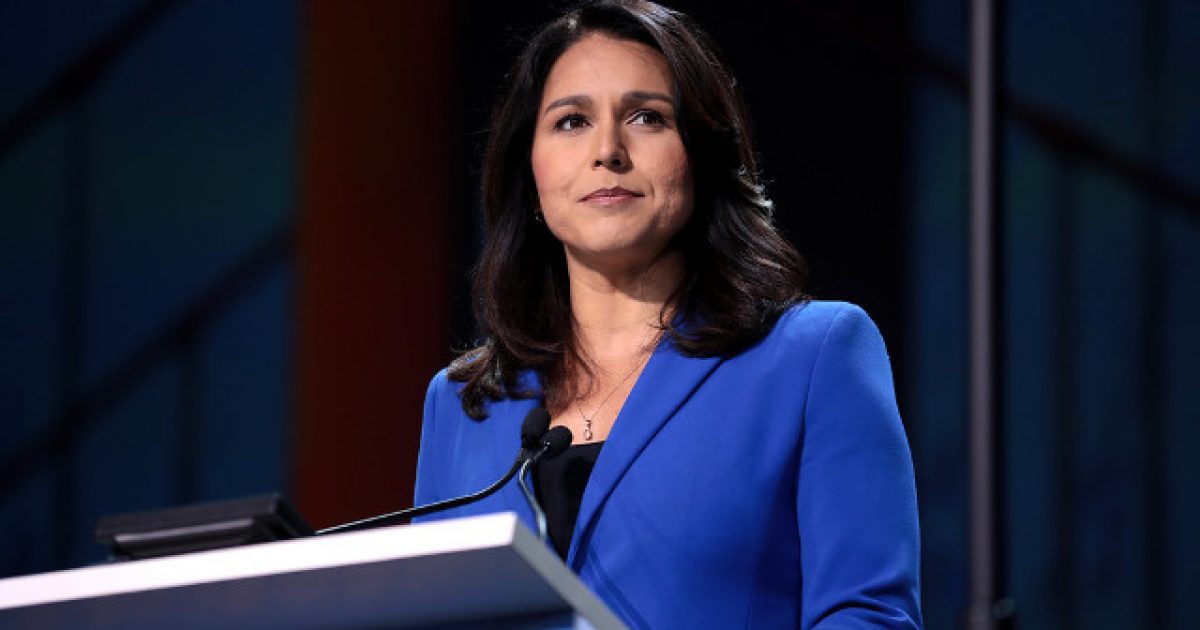 One of the most promising individuals who is running for president for the Democratic Party is Rep. Tulsi Gabbard, but it doesn’t seem she’s making very much progress in making friends with these folks as is evidenced by how she’s now being treated by the Democratic National Committee.

During the second Democratic presidential debate back at the end of July, Gabbard went off in epic fashion against Sen. Kamala Harris and sent her plunging ever downward in the polls.

This did not sit well with the DNC, who has now decided to exclude her from the next debate.

And the left wonders why they have such craptastic candidates?

Here’s what was said during the debate that crushed Harris:

I want to bring the conversation back to the broken criminal justice system that is disproportionately negatively impacting black and brown people all across this country today. Now Senator Harris says she’s proud of her record as a prosecutor and that she’ll be a prosecutor president.

But I’m deeply concerned about this record. There are too many examples to cite but she put over 1,500 people in jail for marijuana violations and then laughed about it when she was asked if she ever smoked marijuana. She blocked evidence — she blocked evidence that would have freed an innocent man from death row until the courts forced her to do so. She kept people in prison beyond their sentences to use them as cheap labor for the state of California.

Here’s more via the Daily Wire:

The Nation reported on August 20:

While Harris experienced a major polling bump following her break-out first debate, during which she confronted former Vice President Joe Biden on busing, she’s been slipping ever since the second debate in July. In the latest poll from CNN and SSRS released on Tuesday, she’s down to 5 percent support, a 12-point drop from a post-debate June poll that had her at 17 percent support.

As I mentioned in an article that I wrote this week in “RealClearPolitics,” Gabbard has gotten over the required polling threshold in two separate polls, in two separate early primary states. “The Boston Globe” is a newspaper with the widest circulation in New Hampshire, and “The Post” and “Courier” is the newspaper with the widest circulation in South Carolina. Gabbard has gotten placed at two percent or more in polls published by those two newspapers, but the DNC in its bizarre, mysterious infinite wisdom, has decreed, again, arbitrarily, that those polls are not approved.

What it all boils down to is that Gabbard is rocking the boat too much. She’s going after the DNC’s “favored ones,” and that’s just a no-go as far as they are concerned, despite the fact she brings up a lot of great points about these folks.

There’s little doubt that her support of free speech and her criticism of social media platforms like Facebook for censoring people’s voices also irks them a bit.

Regardless, this is why the Democratic Party is losing, bit by bit, the cultural battle they’ve long dominated. If they don’t learn from their mistakes, they may lose it permanently.

What a glorious day for America that would be.

Check Out What David Hogg Wants Done With His Corpse If He’s Shot And Killed. Try Not To Roll Your Eyes.