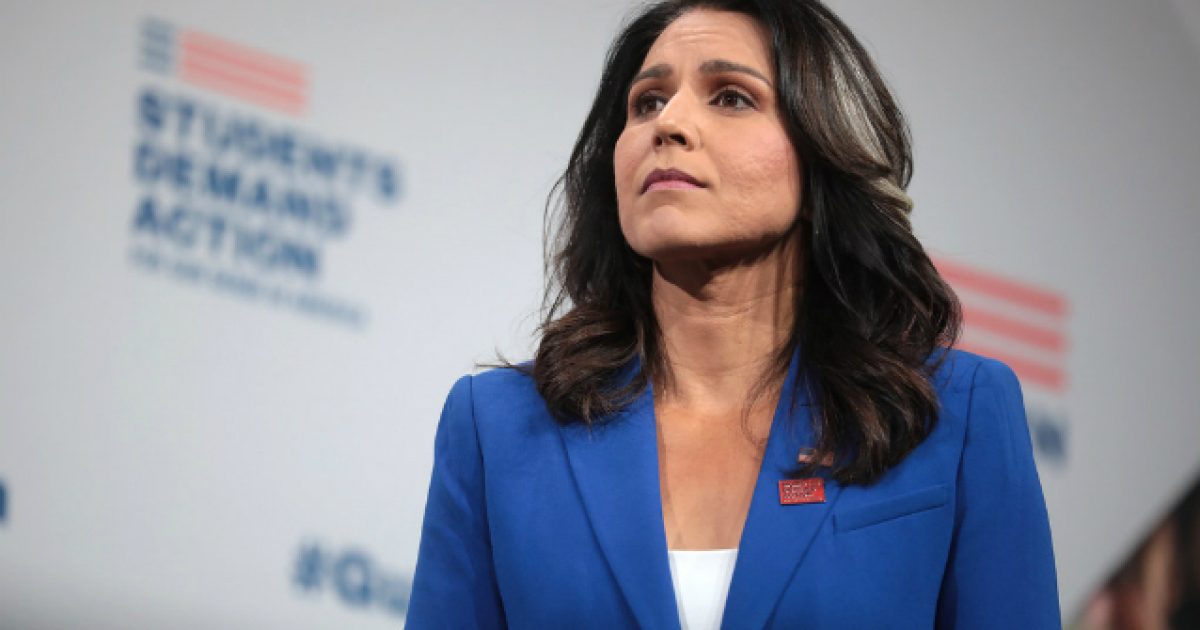 Democratic presidential candidate Rep. Tulsi Gabbard is quickly proving that while she is most assuredly on the left politically, she’s also got a lot in common with those on the right as well.

Like a mutual disdain for former Democratic presidential nominee Hillary Clinton. Clinton targeted Gabbard for some of her more centrist policies last year, stating that Gabbard is a “Russian asset.”

Well, much like President Trump, Gabbard isn’t afraid of a fight. In fact, she’s now suing Hillary for $50 million in a defamation lawsuit over the statement.

During an October 2019 interview with the podcast Campaign HQ With David Plouffe, Clinton suggested the 2020 presidential candidate was “the favorite of the Russians” and “a Russian asset.” Gabbard insists these statements have no grounds in reality, and that Clinton knew or should have known this at the time.

“Rather than facts or reliable evidence, Clinton’s basis for the Defamatory Statements was one or both of: (a) her own imagination; or (b) extremely dubious conspiracy theories that any reasonable person (and especially Clinton, a former United States Senator and Secretary of State) would know to be fanciful, wholly unverified, and inherently and objectively unreliable,” said the lawsuit, filed Wednesday in Manhattan federal court.

Clinton did not specifically name Gabbard in her remarks, but strongly implied she was referring to her. The complaint points out that when asked if she was referring to Gabbard, Clinton spokesman Nick Merrill responded, “If the nesting doll fits,” a reference to Russian dolls.

Gabbard’s complaint states in no uncertain terms that “Tulsi is not a Russian asset,” and that neither Russia nor anyone else “controls her or her presidential campaign.” To the contrary, it plays up her history of public service, from her time in the Army National Guard to her four terms as a U.S. congresswoman.

Citing her roles on House committees and in the military, the complaint points out that Gabbard “has never had her security clearances challenged or revoked,” and claims that Clinton was aware that if Gabbard was really a Russian asset, she would not have been able to serve in these positions which provide her “access to highly sensitive and classified information.”

Gabbard has claimed that Hillary has a “unique, personal connection to Tulsi that animates her hostility towards Tulsi and her presidential campaign.”

The lawsuit goes on to claim that much of the conflict between the two comes from when Gabbard gave her support to Sen. Bernie Sanders in the 2016 Democratic Presidential primary. Gabbard was the vice chair for the Democratic National Committee at the time and was the most high profile person in Congress to lend support to Bernie’s campaign against Clinton.

In other words, Hillary is bitter because Gabbard didn’t give her political support in the 2016 election. It seems Hillary might just be the most miserable person on the planet with all of the venomous hatred she’s carrying around.