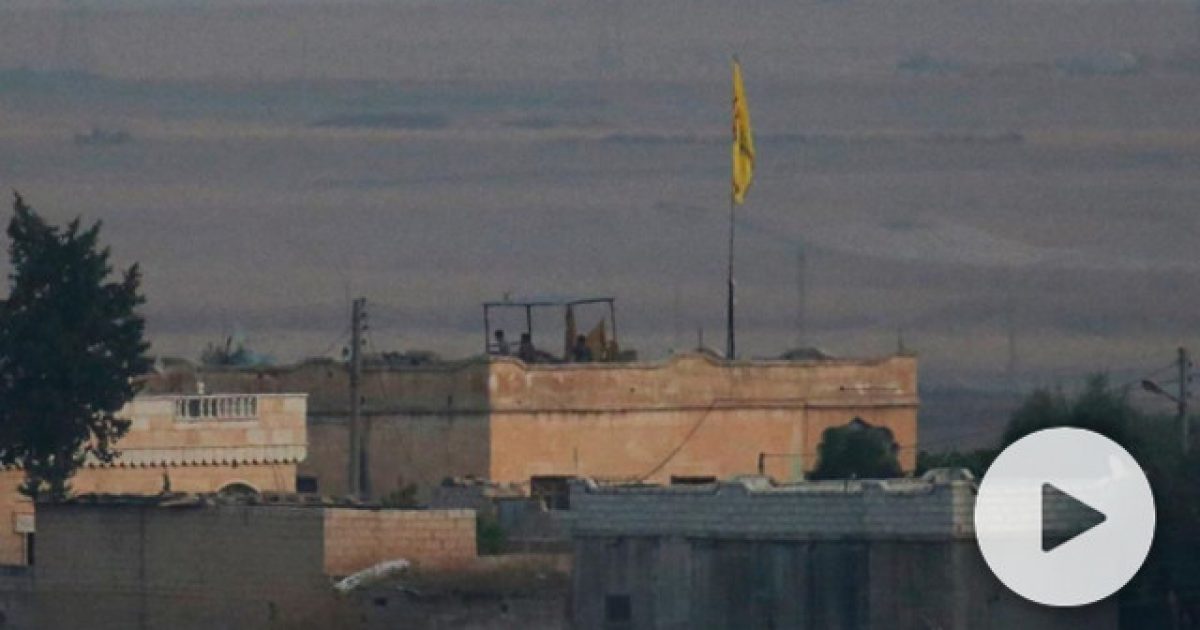 The planned Turkish military operation has begun in the northern portion of Syria, the area from which President Trump withdrew American troops, a move that has left conservatives very divided concerning whether or not they should support such a move.

Kurdish fighters announced on Wednesday that warplanes were bombing civilian areas in the region, a fact that’s likely going to cause more controversy over the removal of troops by the president.

President Recep Tayyip Erdogan tweeted that the maneuvers being carried out against Syrian Kurdish forces – which Ankara considers terrorists allied with a Kurdish insurgency within Turkey – are part of Operation Peace Spring.

“Our mission is to prevent the creation of a terror corridor across our southern border, and to bring peace to the area,” he said in a tweet. “#OperationPeaceSpring will neutralize terror threats against Turkey and lead to the establishment of a safe zone, facilitating the return of Syrian refugees to their homes.”

A spokesperson for the Kurdish-led Syrian Democratic Forces says Turkish warplanes have “started to carry out airstrikes on civilian areas”, causing a “huge panic among people of the region.”

The Turkish Armed Forces, together with the Syrian National Army, just launched #OperationPeaceSpring against PKK/YPG and Daesh terrorists in northern Syria. Our mission is to prevent the creation of a terror corridor across our southern border, and to bring peace to the area.

The Kurds have been a longtime ally of the United States in our battle to bring an end to radical Islamic terrorist group ISIS. These fighters have requested air support from U.S. forces in response to the air strikes on civilians.

Trump has ordered the U.S. military to not get involved.

This situation may turn out to hurt us in the long run, particularly if our allies don’t feel they can count on our help in their times of need. The next ISIS or some other radical group springs up, we may be on our own.

Trump Wants Ukraine Scandal Whistleblower To Be ‘Exposed And Questioned’