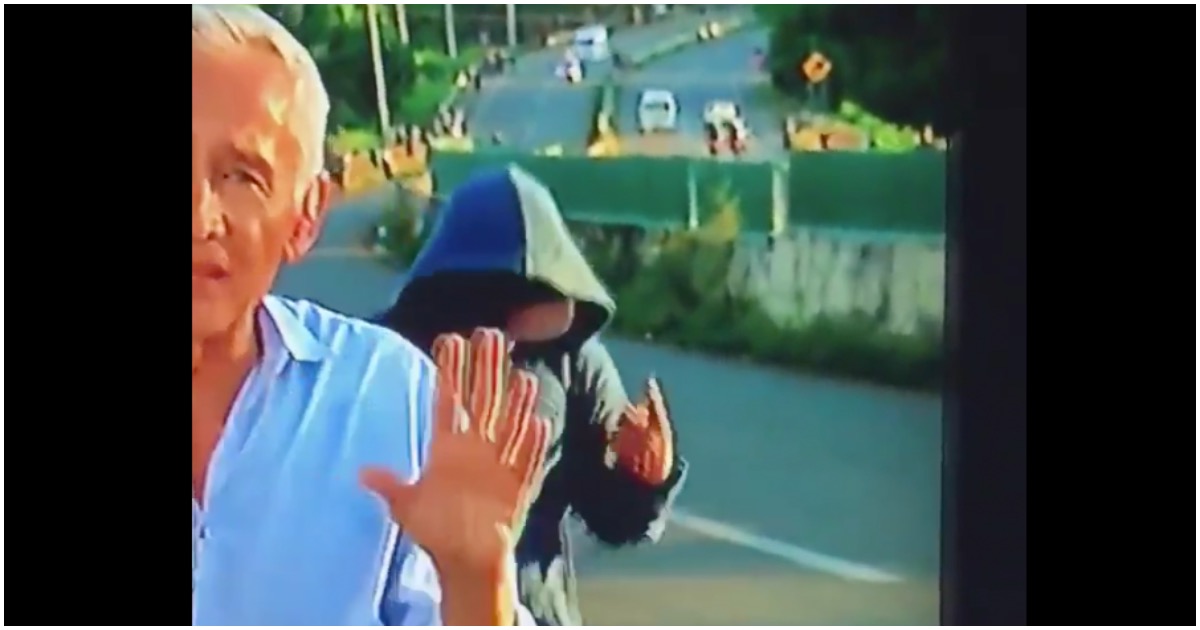 Univision’s Jorge Ramos is no fan of President Trump, the administration, or Republican policies in general.

Reporting on the migrant caravan heading through Mexico and making its way to America, Ramos said the migrants were harmless.

Check out a caravan marcher flashing “gang signs” behind Ramos…

President Trump has warned the original migrant caravan to return home. The U.S. military is headed to the southern border to keep order.

SONSONATE, El Salvador/TAPANATEPEC, Mexico (Reuters) – A new group of migrants bound for the United States set off from El Salvador on Sunday, following thousands of other Central Americans fleeing poverty and violence who have taken similar journeys in recent weeks.

The group of more than 300 Salvadorans left the capital San Salvador on Sunday. A larger group of mostly Hondurans, estimated to number at least 3,500, who left their country in mid-October and are now in southern Mexico, has become a key issue in U.S. congressional elections.

Vice President Mike Pence dropped some pretty interesting news about the Honduran migrant caravan the mainstream media should care about.

Funded by outside leftist sources? Kind of a big deal.

Pence made it clear while speaking to the president of Honduras: stop the caravan or the U.S. will no longer provide aid to the country.

The organizer of the march has been detained, per Reuters: