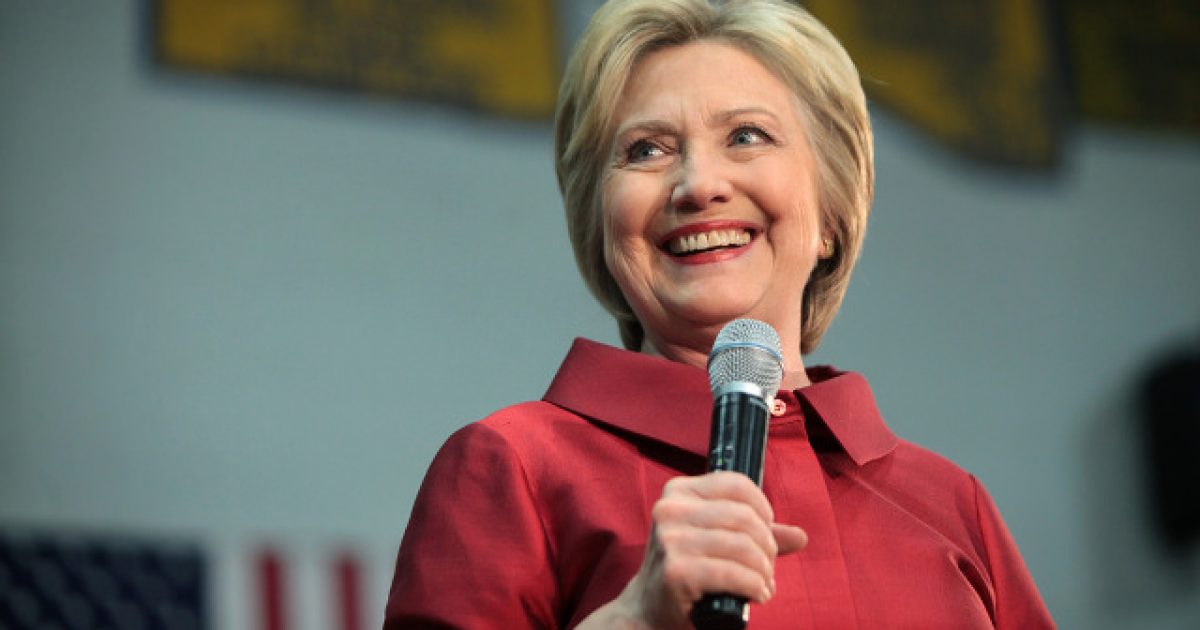 If there is one thing that infuriates Americans more than anything else in the political spectrum, it has to be the idea that Hillary Clinton somehow understands America.

Clinton is known for her chameleon routine, especially when it comes time to prance about the nation asking the liberal left to support her no matter what.  For example, Clinton caught a great deal of flack during her 2016 presidential campaign when video surfaced of the democratic diva donning a wholly phony southern accent while courting voters in South Carolina.

It sounds like ol’ Hillary is simply doing a terrible impression of fictional President Frank Underwood from Netflix’s House of Cards, and she is undoubtedly pandering to the southern crowd here.  She’s using her Arkansas sass and ignoring her New York ruthlessness in order to appeal to voters who normally might lean to the conservative end of things.

I don’t know about you, but it just doesn’t sit right with me.  It’s the equivalent of a talking snake to my ears and eyes.

This is all part of the issue with Hillary Clinton and the absurd privilege that she has built for herself; she has no idea how Americans actually live.  Take a statement she made recently in Australia that is equal parts sore loser and fake news.

Twice-failed presidential candidate Hillary Clinton spoke in Melbourne Thursday with Australia’s first female prime minister Julia Gillard. The two discussed misogyny in politics and Clinton yet again blamed sexism for her 2016 loss, implying that the U.S. just couldn’t handle a leader who is a woman.

“There is still a very large proportion of the population that is uneasy with women in positions of leadership,” Clinton told Gillard, “and so the easiest way to kind of avoid having to look at someone on her merits is to dismiss her on her looks.”

Gillard compared the chants of “lock her up” that Clinton faced during the election to “the Salem Witch Trials.”

“There is this fear, there is this anger, even rage about women seeking power, women exercising power and people fall back on these attacks like you’re a witch or you should go to prison,” Clinton agreed. “It’s not a majority, thank goodness, it’s not, but it’s a very vocal minority at least in my country. And sometimes these tropes are very much part of the press coverage.”

This incendiary comment would have made sense crawling out of Clinton’s pie hole back at the end of 2016, but that ship has long sailed.  Did Clinton not receive enough catharsis from her What Happened book tour?

WATCH: Maxine Waters Gets in Shouting Match on House Floor, The Reason Why is Ludicrous