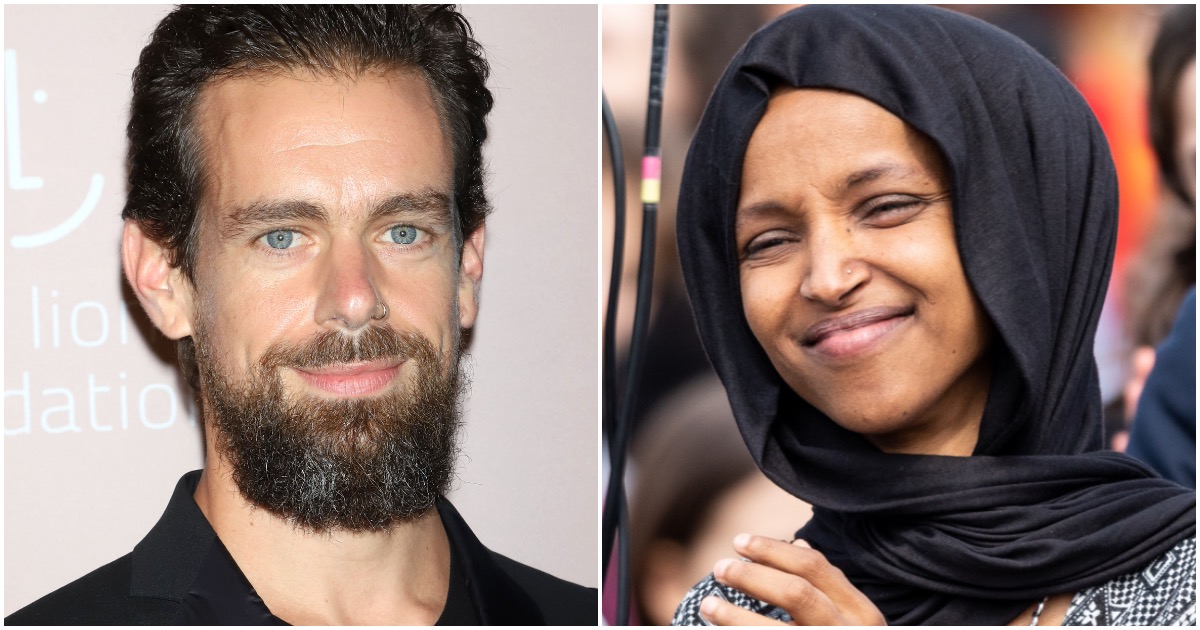 Remember when Minnesota Congresswoman Ilhan Omar (D) trivialized the 9/11 terror attacks, saying “some people did something?”

When the Somali-born Muslim Rep. pressed Dorsey on why the tweet wasn’t removed, Dorsey said that Trump’s tweet didn’t violate the company rules, according to the Washington Post.

In other words, Dorsey took a stand for free speech. Also, Omar and Democrats didn’t get their way.

Omar responded, maybe thinking she was being clever?

No thanks, just lived through one! https://t.co/W7ZjgvosHN

Here are reactions to Omar’s “No thanks, just lived through one!” tweet:

You are the worst

Having to be accountable is not "harassment."

Eh. No big deal. He's just someone who did something.

Aw I’m sorry, did some people do something to you?

The reason? Because 45 is putting Ilhan’s life in danger.

House Speaker Nancy Pelosi demanded that President Donald Trump take down the video that he tweeted out on Friday that accurately portrayed Rep. Ilhan Omar (D-MN) trivializing the 9/11 terrorist attacks.

Following the president’s tweet, I spoke with the Sergeant-at-Arms to ensure that Capitol Police are conducting a security assessment to safeguard Congresswoman Omar, her family and her staff. They will continue to monitor and address the threats she faces.

The President’s words weigh a ton, and his hateful and inflammatory rhetoric creates real danger. President Trump must take down his disrespectful and dangerous video.

.@realDonaldTrump’s dangerous video must be taken down. I have spoken with the Sergeant-at-Arms to ensure that Capitol Police are conducting a security assessment to safeguard Rep. @Ilhan Omar, her family & her staff. They will continue to monitor & address the threats she faces. pic.twitter.com/Grb9c8S18d

Are these Democrats out of control or what? It is just beyond comincal at this point.

Some people took to Trump’s tweet to criticize the president and defend Ilhan:

WE WILL NEVER FORGET what a heinous bastard you have been! #ImpeachTheMF

She is 100 times the person you will ever be.

Stop attacking this woman. At lest she’s not locking children in cages.

Trump cages children, cheats on his wives, scams his students and does much worse. He has no right to attack another person’s character.

Did Ilhan reveal her true anti-American colors once and for all?

Pompeo Drops Venezuela Bombshell: Maduro Was ‘Ready’ to Leave Until Putin Stepped In