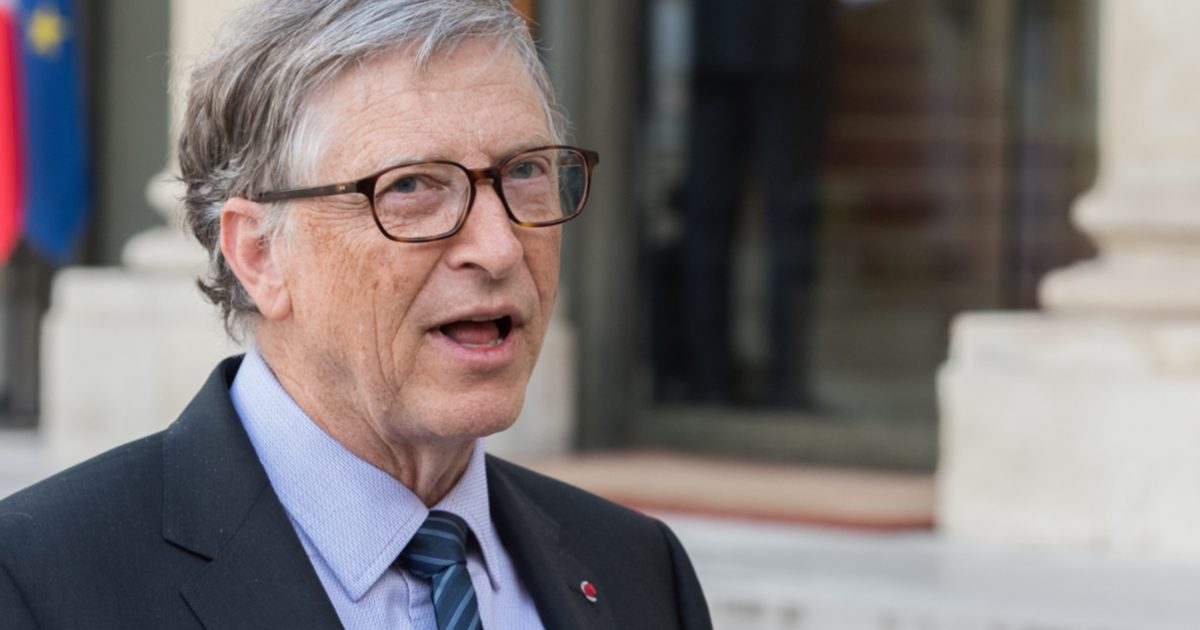 As the world continued to bear the weight of a global pandemics the likes of which we hadn’t seen in over a century, there were several conspiracy theories simmering just below the surface of the popular culture, some which involved a number notable Americans who just happened to be tertiary figures in health and technology.

This is not surprising, however.  Conspiracy theories tend to percolate a little more loudly when there is uncertainty and danger abound.  Human nature has imbued us with a need to find answers and solutions, so when we are faced with tragedy and chaos, we began to start connecting dots that may or may not need any real connecting.

In the case of COVID-19, there were plenty of theories as to how the necessity of a global vaccine could play into the hands of Microsoft founder and billionaire Bill Gates, who has long been engaging in philanthropy via inoculation.

But now, after Gates admitted his unwillingness to have vaccine recipes shared with poorer parts of the world, social media users are accusing the magnate of being a eugenicist.

Directly asked during an interview with Sky News if he thought it “would be helpful” to have vaccine recipes be shared, Gates quickly answered: “No.”

Asked to explain why not, Gates — whose massive fortune as founder of Microsoft relies largely on intellectual property laws that turned his software innovations into tens of billions of dollars in personal wealth — said: “Well, there’s only so many vaccine factories in the world and people are very serious about the safety of vaccines. And so moving something that had never been done — moving a vaccine, say, from a [Johnson & Johnson] factory into a factory in India — it’s novel — it’s only because of our grants and expertise that that can happen at all.”

The reference is to the Serum factory in India, the largest such institute in the country, which has contracts with AstraZeneca to manufacture their COVID-19 vaccine, known internationally as Covishield.

Just so we're all clear, this is eugenics and Bill Gates is not a good person https://t.co/FHgNoqf22n

Anti-vaxxers point to Bill Gates' support of vaccines in furtherance of eugenics as evidence the vaccines are bad, when it's actually that he supports effective vaccines only for wealthy & white countries while denying them to poor & non-white countries.https://t.co/qA1NgDIVs3

If you've spent any amount of time looking into Bill Gates history with eugenics, this is less than surprising. He's supported unethical sterilization and is now supporting genocide. https://t.co/nZMnH43SqL

Earlier in the pandemic, conspiracy theorists seemed to insinuate that Gates was planning on injecting the world’s population with secret “microchips”, presumably for some nefarious purpose.