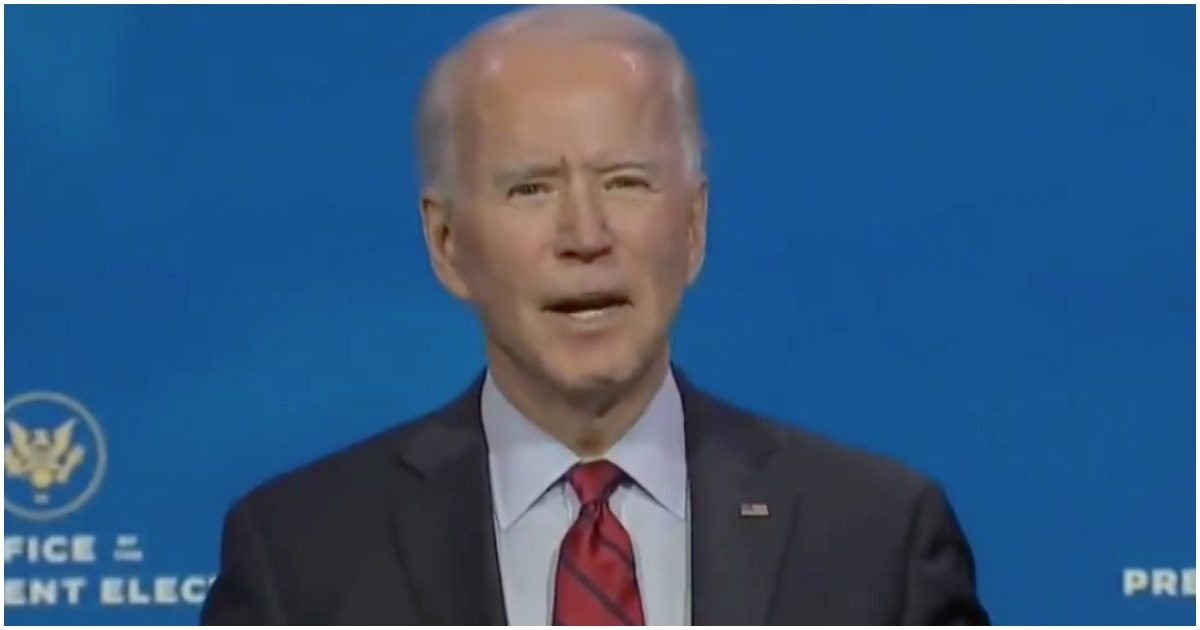 It’s going to be a long four years if Joe Biden is sworn-in as commander-in-chief. The man is a walking gaffe-machine, among other things. It’s also blatantly clear that he isn’t the person choosing his cabinet.

If he was, you would think he’d be able to pronounce their names properly. Sheesh.

And we’re supposed to believe this guy earned over 80 million votes, huh?

"For Secretary of Health and Education Services, I nominate Xavier Bacheria."

Joe Biden is a mess.

It's Health and Human Services.

And it's Xavier Becerra.

Biden doesn't know the the cabinet office or name of the official. pic.twitter.com/5joLVKgdcc

President-elect Joe Biden’s decision to take a page out of the Trump playbook and pick a recently retired general as his nominee for defense secretary has put him at odds with congressional Democrats.

Biden confirmed Tuesday in an article in the Atlantic that he has selected retired Army Gen. Lloyd Austin as the man he wants to run the Pentagon. “I chose Lloyd Austin as my nominee for secretary of defense because I know how he reacts under pressure, and I know that he will do whatever it takes to defend the American people,” Biden wrote.

Keep praying that President Trump can pull this thing off!!

The ‘Dark Ages’ of President Donald Trump Are Over, Says George Clooney