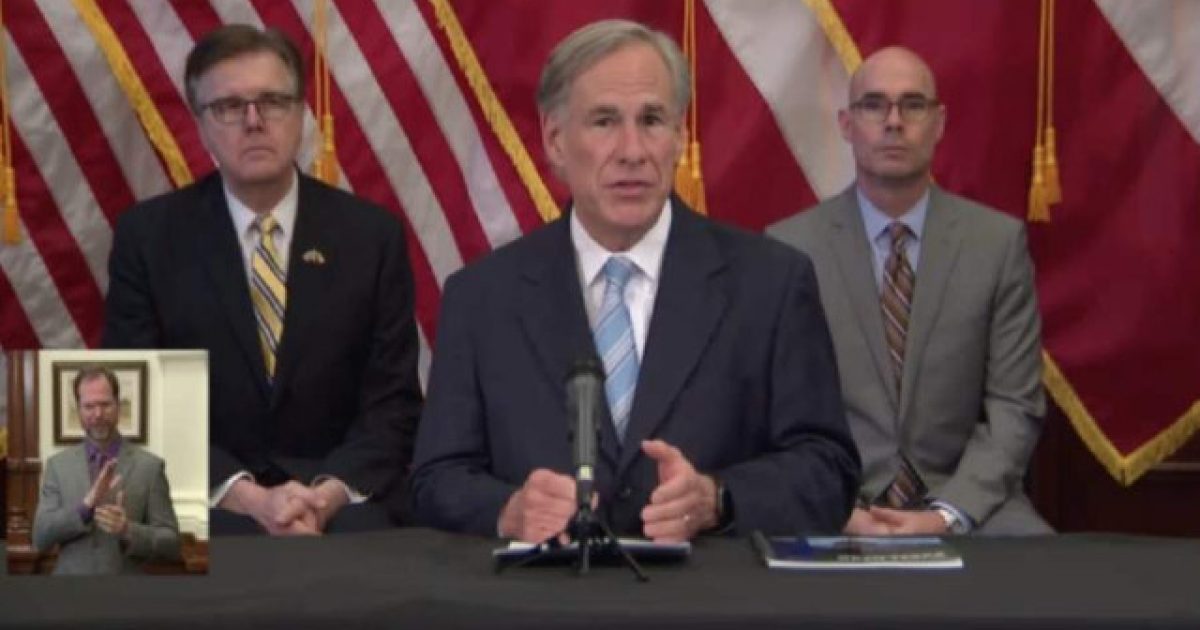 Where there’s a will, there’s a way, and nobody seems to embody the spirit of that statement more so than Texans.

The Lone Star State is unique in many regards here in the United States, but their fiercely independent spirit often tops the list of reasons why Texans are like no-one else.  Their governor, Greg Abbott, is no exception either, and has been ruthlessly calling the White House to the carpet over their inaction on the border crisis.

This week, Abbott took his rhetoric up a notch.

Texas Gov. Greg Abbott announced his state has allocated $1 billion in its fiscal year budget toward border security, telling “The Ingraham Angle” on Thursday he will use part of that money to resume the construction of the U.S.-Mexico border wall started by Donald Trump but hastily halted by President Biden.

Abbott, joining the program from the border near Del Rio, said he has had enough of the White House’s “willful” disregard for rule of law and for the well-being of Texans and Americans, especially those in places like Del Rio and other border towns.

“To make a fine point on it, we have to build a border wall,” said Abbott. “I’ve been down here talking to the people in the Rio Grande Valley and the way they are being overrun is reprehensible, it’s disastrous what the Biden administration has done.”

Abbott condemned Biden for ending the “Remain in Mexico” policy that Trump forged with Mexican President Andres Manuel Lopez Obrador, which staved off some of the influx of migrants as they were instructed to file for asylum in Mexico before crossing into the United States.

“[Trump] began building the border wall and now suddenly all of that disappeared and as you highlighted, it has led to a dramatic increase in the number of people crossing the border, but it’s not just unaccompanied minors, it’s people were causing great damage and harm to the residents right here in Del Rio up and down the entire border,” said Abbott.

The humanitarian calamity that continues to occur at the border has been made ever-more heartbreaking by the reluctance of Vice President Kamala Harris to visit, despite having been tasked with solving the crisis 70+ days ago.