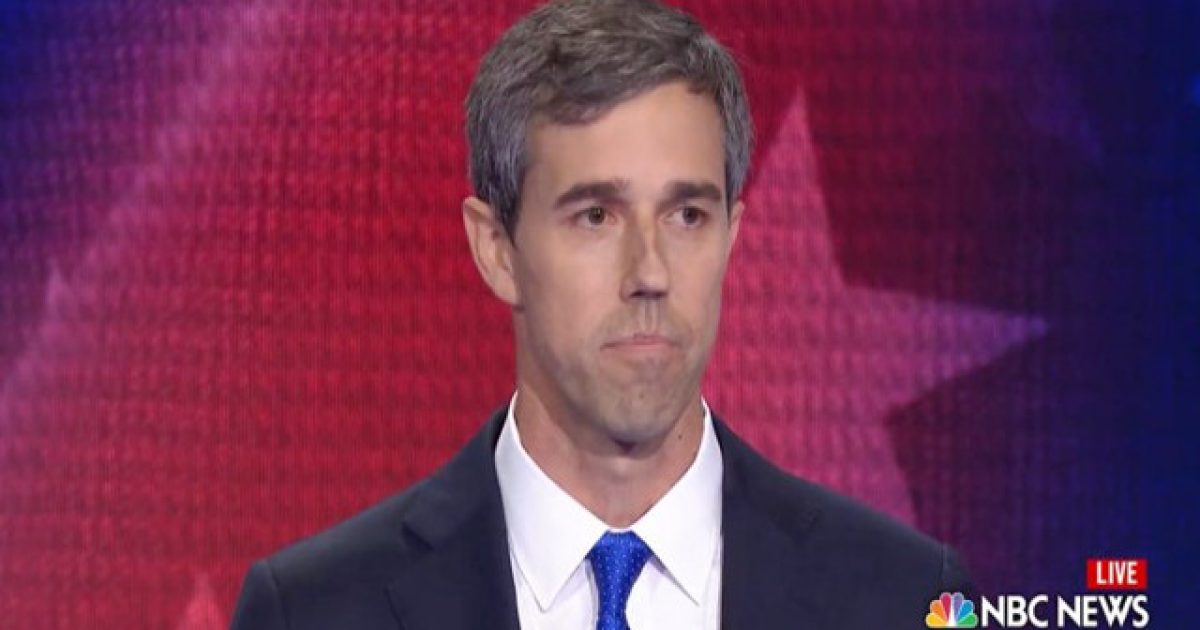 Former Congressman and current Democratic presidential candidate Beto O’Rourke continues to prove beyond a shadow of a doubt that he is one of the worst candidates in the current pool of left-wingers vying to take on Trump in 2020.

And given he’s mixing it up with Sen. Elizabeth Warren, Joe Biden, and Cory Booker, that’s really saying something.

O’Rourke has thrown his support behind a radical left-wing anti-gun bill that was crafted by Parkland students.

Yes, that’s right, y’all. Kids who can’t even sit at the bar and have a beer are crafting national policy.

“Following the lead of the students marching for their lives, and for all of ours, we will end this epidemic,” O’Rourke said on Wednesday. “I support their Peace Plan For A Safer America — and I call on everyone else in this race to do the same.”

Following the lead of the students marching for their lives, and for all of ours, we will end this epidemic. I support their Peace Plan For A Safer America—and I call on everyone else in this race to do the same. https://t.co/6BlGa3IWkb

O’Rourke’s endorsement came only hours after The Washington Post unveiled the students’ sweeping policy measures. The so-called ‘Peace Plan’ demands a ban on “assault weapons” and any magazine above the standard capacity, red flag laws, universal background checks, increasing the purchase age to 21, and forbidding more than one firearm purchase per month.

It also implements federally mandated safe storage requirements and a government-run gun confiscation program, where civilians will be required to hand over any “assault weapons.” It also creates programs “to encourage voluntary civilian reduction of handguns and other firearms.”

The Peace Plan further demands a national gun registry, as well as a licensing system for both guns and ammunition, which imposes annual fees. In order to obtain a license, the multi-step process would include “background checks, in-person interviews, personal references, rigorous gun safety training, and a waiting period of 10 days for each gun purchase.” The license would expire after one year.

It’s totally understandable that kids from Parkland who survived this horrific shooting would want their voices heard in this very important conversation about guns.

However, it’s clear that O’Rourke is using them as political pawns to help bolster his non-existent poll numbers and hopefully get him taken more seriously as a candidate. The man is doing so bad that a newspaper who actually supported him has asked him to drop out.

Let that sink in for a minute.

We can all agree something is very wrong with the current condition of our nation, but the truth of the matter is, gun control doesn’t work. It only punishes law-abiding citizens and strips them of their God-given right to defend themselves from criminals and tyrants.

This is unacceptable. Let’s hope these kids wake up and realize they’re just being used by Democrats to further their own agenda.

AOC’s At It Again. Look What She Wants To Be Abolished Now.