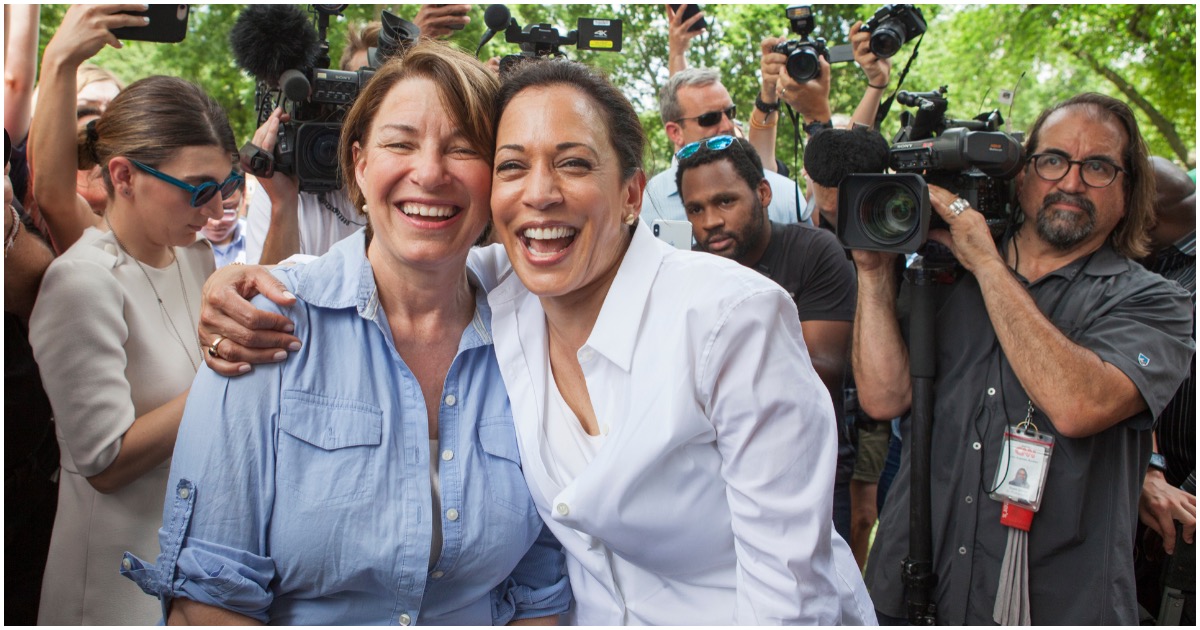 Kamala Harris seemed to be a major player, for whatever reason, in the 2020 Democrat presidential race.

Those days appear to be over.

The radically far-left California senator is dropping in the polls – BIGLY.

CNN released a poll on Tuesday that shows support for Democrat presidential hopeful Sen. Kamala Harris (D-CA) has dropped 12 points. In June Harris had 17 percent support but the poll reveals a steep decline among supporters after the second debate to just 5 percent.

“That’s similar to the level of support she had in the spring before a surge following her initial debate performance,” CNN reported on its poll. “The June CNN poll was conducted in the days immediately following the first round of Democratic National Committee-sanctioned debates among the presidential candidates.”

A graph included in the CNN report on its poll, conducted August 15 through 18 among a “random national sample” of 1,001 adults by phone, shows most leading candidates maintaining or increasing support but Harris’ support in falling dramatically.

While on CNN, Harris said every person in America – whether documented or not – should be given healthcare.