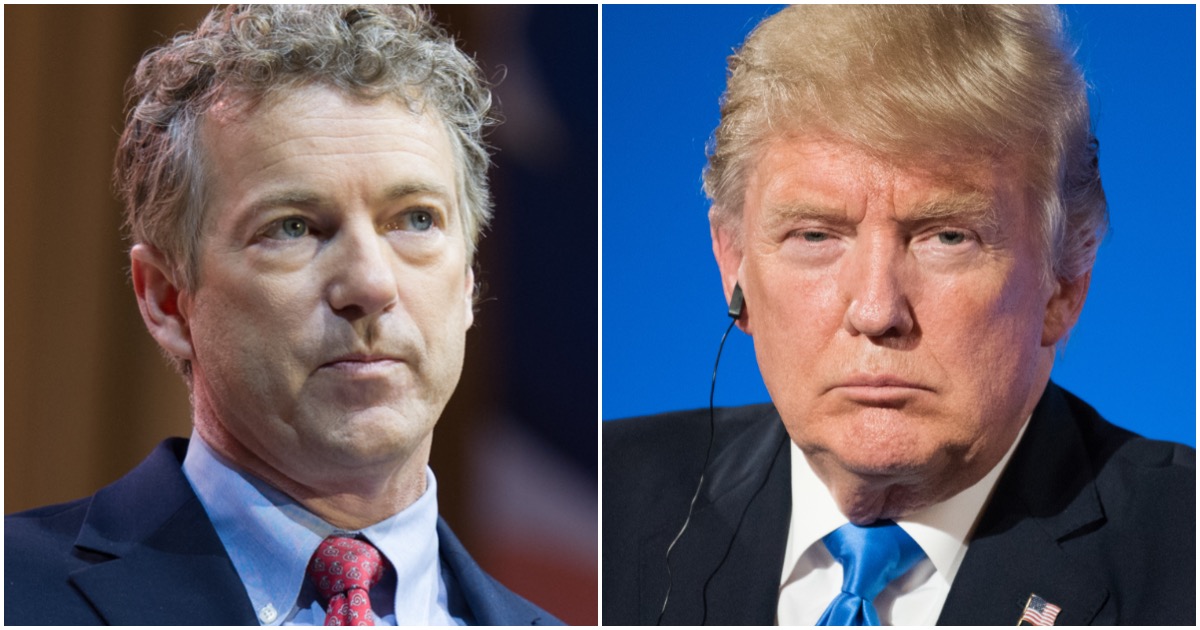 But there will be at least nine other Republican Senators to vote against President Trump’s national emergency at the southern border.

Sen. Rand Paul (Ky.) said Monday that “at least” ten of his fellow GOP senators are prepared to vote for a resolution blocking President Trump’s emergency declaration at the southern border.

“By my count, I’ve had at least 10 people coming up to me saying they will vote to disapprove on this,” Pauls told reporters, referring to GOP colleagues.

Not with many members of his own party, even.

Now, Tennessee Republican Senator Lamar Alexander is the latest to come out against 45’s national emergency declaration at the southern border.

Senate Republicans are offering a choice to President Donald Trump: Withdraw your national emergency declaration at the border or face a potential rebellion from the GOP.

The message was delivered clearly on Thursday by Sen. Lamar Alexander (R-Tenn.), part of an effort by senior Republicans to avoid a direct confrontation with Trump on the Senate floor.

In a much-anticipated floor speech, the retiring senator declined to state whether he will become the deciding vote to block the president’s maneuver. But he signaled broad opposition to the emergency declaration and sought to convince Trump that he has other ways to collect $5.7 billion for the border wall — the precise amount of money he demanded during the government shutdown fight.

Alexander noted, “He’s got sufficient funding without a national emergency, he can build a wall and avoid a dangerous precedent. That would change the voting situation if he we were to agree to do that.”

A seven-year-old girl died at the southern border. She and her family were trying to sneak into the states.

The mainstream media has lambasted President Trump and his administration for her death.

WINNING: Top Democrat Pac Is Already Giving Up Hope of Winning Ohio In 2020