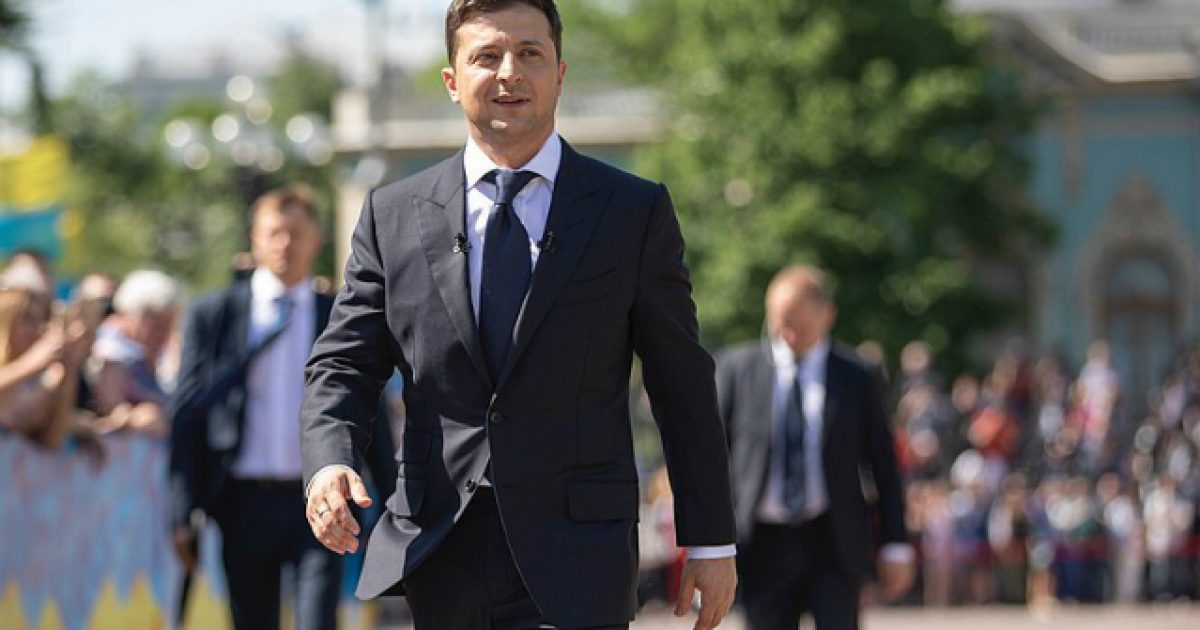 Ukrainian Persident Volodomyr Zelensky has once again denied that President Trump engaged in a “quid pro quo” with his country which consisted of trading information about Trump’s potential political opponent, former Joe Biden, and aid for the country that was being withheld.

Zelensky told Time Magazine that there was no quid pro quo, but he was not pleased about the aid being temporarily held up during the incident.

President Trump is probably going to end up impeached by the House of Representatives over what is being alleged as an abuse of power for allegedly withholding military aid from Ukraine as a means of applying pressure to Zelensky so he would publicly announce investigations into former President Joe Biden’s dealings concerning his son, Hunter Biden, and possible corruption within the Burisma company.

“I never talked to the president from the position of a quid pro quo,” Zelensky said. “That’s not my thing.”

Zelensky has expressed a desire to avoid involvement in U.S. political affairs, a position that was affirmed by numerous witnesses who testified last month in the impeachment inquiry hearings. So he said he wasn’t aware of or concerned with any alleged quid pro quo — he was concerned about his nation’s ability to defend itself.

“I don’t want us to look like beggars. But you have to understand. We’re at war,” Zelensky said. “If you’re our strategic partner, then you can’t go blocking anything for us. I think that’s just about fairness. It’s not about a quid pro quo. It just goes without saying.”

“When America says, for instance, that Ukraine is a corrupt country, that is the hardest of signals,” Zelensky said. “It might seem like an easy thing to say, that combination of words: Ukraine is a corrupt country. Just to say it and that’s it. But it doesn’t end there. Everyone hears that signal. Investments, banks, stakeholders, companies, American, European, companies that have international capital in Ukraine, it’s a signal to them that says, ‘Be careful, don’t invest.’ Or, ‘Get out of there.'”

President Trump has stated that one of the reasons the aid was held up is due to concerns about their being serious corruption going on in Ukraine.