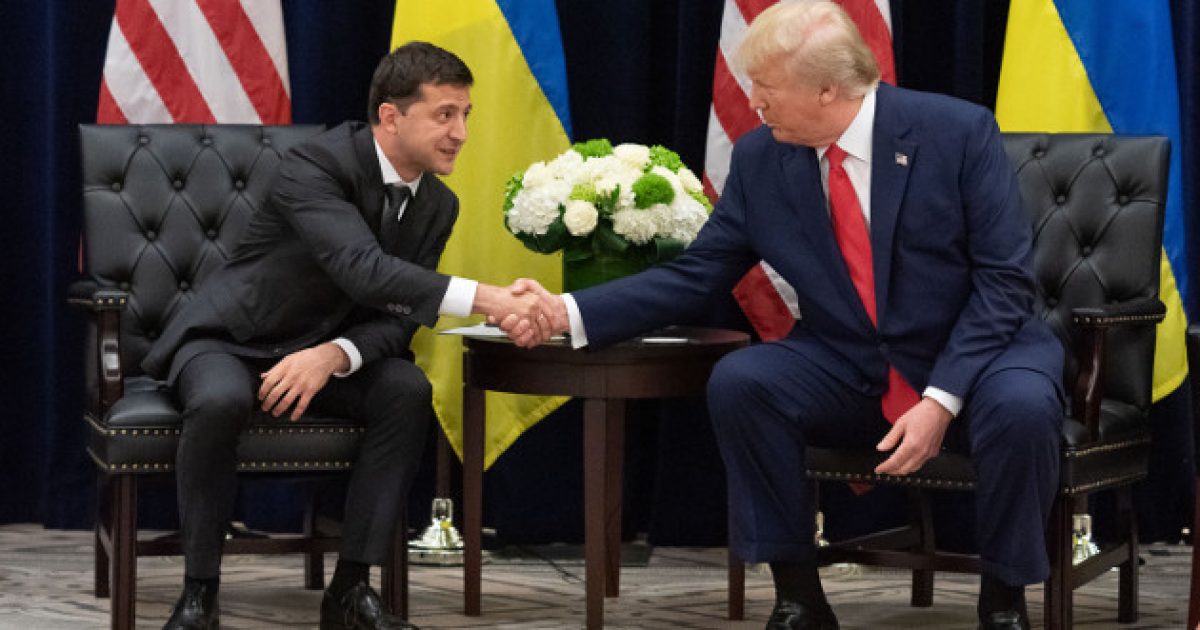 Ukrainian President Volodymyr Zelensky has now come out and flatly rejected the idea that President Trump used any kind of blackmail techniques during a phone call made back in July that has stirred up controversy and also inspired an impeachment inquiry into the president.

House Democrats have been striving hard as of late to move the impeachment inquiry forward, claiming that Trump used blackmail tactics as a means to procure information about an investigation into Democratic presidential candidate and former Vice President Joe Biden and his son Hunter.

As House Democrats push to move forward with a formal impeachment inquiry into Trump’s call with Zelensky, the Ukrainian president attempted to set the record straight. Zelensky confirmed that Trump did speak to him on July 25 and that the transcript released by the White House was accurate. He rejected, however, the whistleblower complaint’s assertion that he was being coerced into investigating former Vice President Joe Biden’s son, Hunter, through withheld monetary aid from the United States. “There was no blackmail,” Zelensky said from a Kiev food market. “They blocked this money and nobody asked us [for] anything.”

Zelensky acknowledged that $400 million in military aid from the U.S. had been withheld over concerns of corruption but flatly denied that blackmail or extortion had been a factor in such a decision. That money and aid were later released to Ukraine.

“In order to fulfill his duties to the American people, the Constitution, the executive branch, and all future occupants of the office of the presidency, President Trump and his administration cannot participate in your partisan and unconstitutional inquiry under these circumstances,” the White House wrote in a letter to House Speaker Nancy Pelosi released Tuesday.

The attempts to impeach Trump come just months before the 2020 presidential election is set to kick off in a heated race for the White House, leaving many to wonder if the Democratic Party is anxious to remove the president because they fear they will not be able to compete with him or his loyal base of followers.

Biden: ‘The Thing I’m Proudest of With Barack & Me Is That There Were No Scandals’ (Watch)