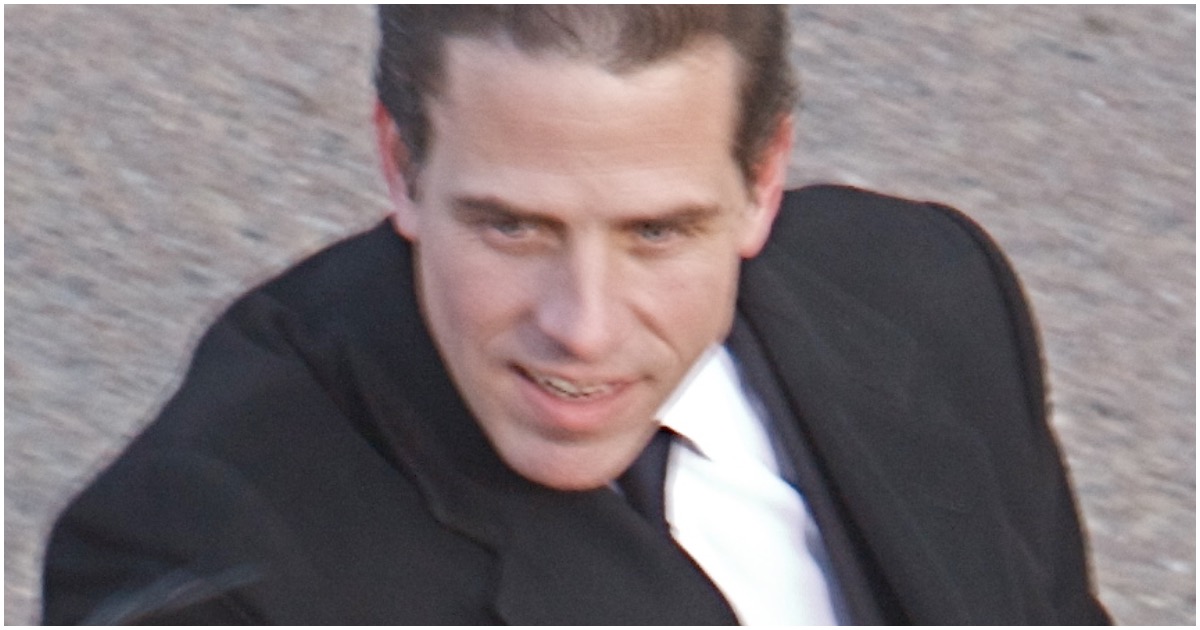 The saga of Hunter Biden continues. That’s because we don’t have all the answers just yet. There’s little doubt, though, that Joe Biden’s son has put his 2020 presidential candidacy in jeopardy. Therefore, the American people owe Hunter a debt of gratitude.

Who’da thunk it? Biden’s own son is going to be the person responsible for ending his chance at the White House for a third time. How sad. But thank you, Hunter! From Daily Wire:

Ukrainian Prosecutor General Ruslan Ryaboshapka announced on Wednesday that the country was expanding its criminal investigation into Ukrainian gas company Burisma, which is at the center of House Democrats’ attempt to impeach President Donald Trump.

“After he took office in late August, Ryaboshapka launched a wide-ranging audit of criminal cases to see whether they had been conducted properly,” Reuters reported. “Thirteen of them relate to Burisma founder Mykola Zlochevsky, Ryaboshapka told reporters at a briefing on Wednesday.”

As far as that gig Hunter had going for him in Ukraine simply because he was the son of the VP, it turns out he really didn’t do any work. At least, not in Ukraine.

Seems odd, considering the company was based in Ukraine, no?

During his time on the board of one of Ukraine’s largest natural gas companies, Hunter Biden, the son of former U.S. Vice-President Joe Biden, was regarded as a helpful non-executive director with a powerful name, according to people familiar with Biden’s role at the company.

Biden never visited Ukraine for company business during that time, according to three of the people.

Joe “You Already Have Enough Reasons Not to Vote for Me” Biden dropped another whopper, recently. It involves Barry Soetaro and the Supreme Court.

It would be devastating for America it if came to fruition.

.@colbertlateshow asks Biden if he would appoint Obama to the Supreme Court pic.twitter.com/aNTppoVSu3

Could you imagine? Talk about goosebumps.

There’s a reason Barack has yet to endorse Biden. It’s probably due to the former VP’s gaffe-prone ways.