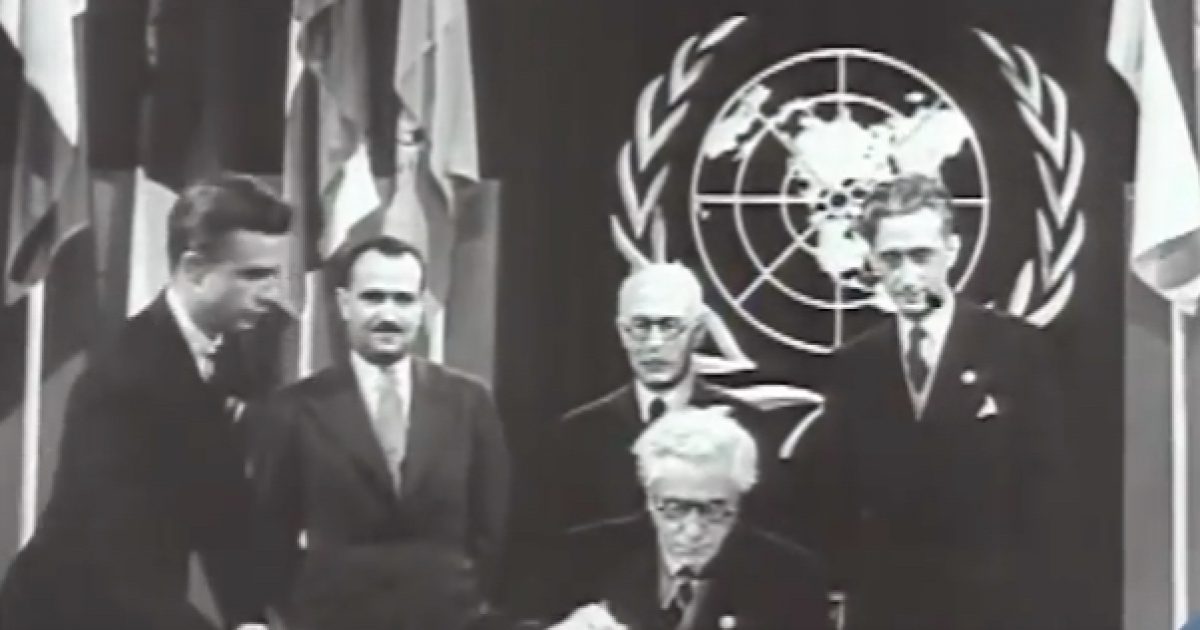 With only 6 days left until Americans head to the ballot box for the midterm elections, one of the most salient concerns in our political world comes to us from the long, dusty trails running north through Mexico.

For weeks, an absolutely enormous caravan of migrants has been marching through the heart of our southern neighbor nation on a warpath of sorts.  Their plan:  Get to the US border and force the United States to act on their arrival.  As it stands right now, the caravan could be up to 14,000 people in size, and President Trump has deployed an additional 5,200 members of the military and law enforcement to the border.

When they arrive, whatever scene we are shown will weigh heavy on the minds of the voters here in the US, given that President Trump has made illegal immigration one of his most emphatic policy matters.

Now, in a move that is sure to have Trump fuming, the United Nations is weighing in on the matter and attempting to override the authority of the President.

The United Nations Refugee Agency is demanding that President Trump allow thousands of migrants who are marching toward the U.S.-Mexican border into the United States, saying they are “fleeing persecution and violence” in their home countries.

Concerns over the behavior of the caravan have been widespread:

Reports of violence have been emerging from Mexico, with new reports that a second and even third caravan are also on their way to the U.S. border. A group of Central American migrants who were reportedly facing deportation set fire to a Mexican immigration facility,Televisa Noticias reported. Mexican authorities have also reported the use of firearms and Molotov cocktails within the migrant caravans.

For now, America must only wait and wonder what we will witness once this massive force of migrants clashes with American authorities.
And then, as we’re preparing for what many are predictably calling the “most important midterm elections of our lifetime”, we will have to sort out the optics of whatever this confrontation looks like before hysteria sets in.
Facebook Twitter Gab
Related Topics:borderFeaturedimmigrationmexicoMIGRANT CARAVANunited nations
Up Next

North Carolina Police Respond to Suspicious Package, You’ll Never Guess What it Turned out to be.