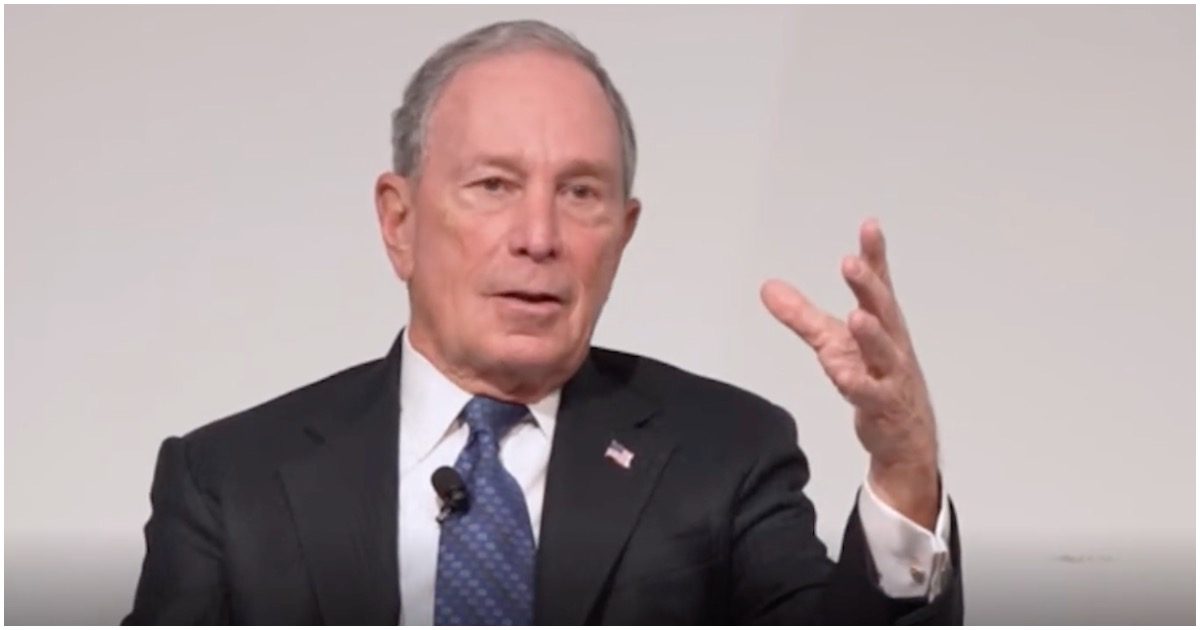 It seems odd that former New York City Mayor Michael Bloomberg is rising in the polls, considering numerous wild statements from his past are quickly coming to light with each passing day. For instance, he said “black & Latino males” don’t “know how to behave in the workplace.”

Bloomberg said elderly patients should be denied care past a certain age when fatally ill. He was then busted for mocking farmers, saying he could “teach anyone” how to do their jobs. He also allegedly told an employee to “kill” her baby.

Here’s yet another gem from the billionaire that Democrats are mildly hoping can usurp Bernie Sanders in the polls, via NBC News:

The Human Rights Campaign, the largest LGBTQ civil rights group, is calling on former New York City Mayor Mike Bloomberg to apologize for comments that he made last year about transgender people.

In 2019, Bloomberg called people who identify as transgender “it” and “some guy wearing a dress” who enters locker rooms, according to video that was first reported by BuzzFeed News on Tuesday and verified by NBC News.

Bloomberg is critical of the man who potentially saved a number of lives during a shooting at a church in Texas.

The reason? The good guy had a gun.

Bloomberg thinks that that is a bad thing!

He said, “It may be true that someone in the congregation had his own gun and killed the person who murdered two other people, but it’s the job of law enforcement to have guns and to decide when to shoot. You just do not want the average citizen carrying a gun in a crowded place.”

Bloomberg addressed the December shooting at West Freeway Church of Christ during an address in Montgomery, Ala., on Jan. 1 as he focuses his attention on states set to vote later in the primary schedule.

Wilson, 71, is an armed volunteer security guard and former firearms instructor who stopped the Dec. 29 shooting in Tarrant County, Texas, when he returned fire just seconds after a gunman opened fire during communion. Two people, including the gunman, were killed in the shooting, and one other was injured.

Now Mini Mike Bloomberg is critical of Jack Wilson, who saved perhaps hundreds of people in a Church because he was carrying a gun, and knew how to use it. Jack quickly killed the shooter, who was beginning a rampage. Mini is against the 2nd A. His ads are Fake, just like him!