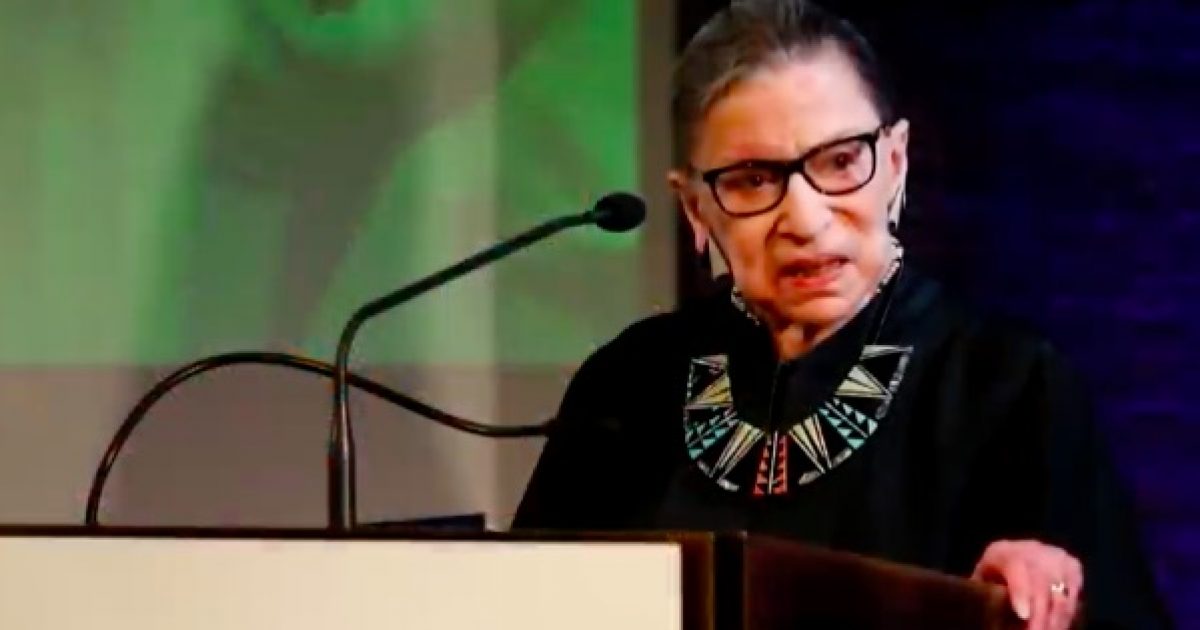 The hysteria of the liberal left knows no bounds, and the blame for that lies squarely on the shoulders of the extremist, alarmist media.

Over the course of the last two years, fears over the idea of a Trump presidency have been stoked time and again by the mainstream media.  Not only have they consistently attempted to convince the American people that the President is racist and bigoted, but they have also brought light to a number of bizarre theories as to why the President himself may be illegitimate.  This has, of course, fueled the rise of radical groups such as Antifa, who just this week spent a night outside of media personality Tucker Carlson’s home, making him feel “not welcome”, just like Maxine Waters asked them to.

The left has taken offense to their characterization as “unhinged”, but without any real attempt to back away from their hyped up hyperbole.

Now, in yet another instance of their lunacy, leftists are offering up there organs and ribs in order to keep Ruth Bader Ginsburg healthy enough to remain on the bench through the remainder of the Trump presidency.

“Do they need rib donors? Because she can have mine. Right now. #RibsForRuth” said one person on Twitter. “Um, God take me instead?” said another.

Some people offering to give their lives and ribs had blue checkmarks.

“If Ruth Bader Ginsburg needs any of my bones or internal organs I don’t need mine,” said actress Leslie Grossman.

“I hereby donate all of my ribs and organs to Ruth Bader Ginsburg,” said journalist Lauren Duca.

“I will literally give 3 ribs to Justice Ruth Bader Ginsburg if she needs them, along with whichever other body parts she requires until 2020,” said activist and WaPo contributor Holly Figueroa O’Reilly.

While it is obvious that these offers are poetic in nature, that doesn’t detract from the desperation so clearly seen among democrats in the Trump era.