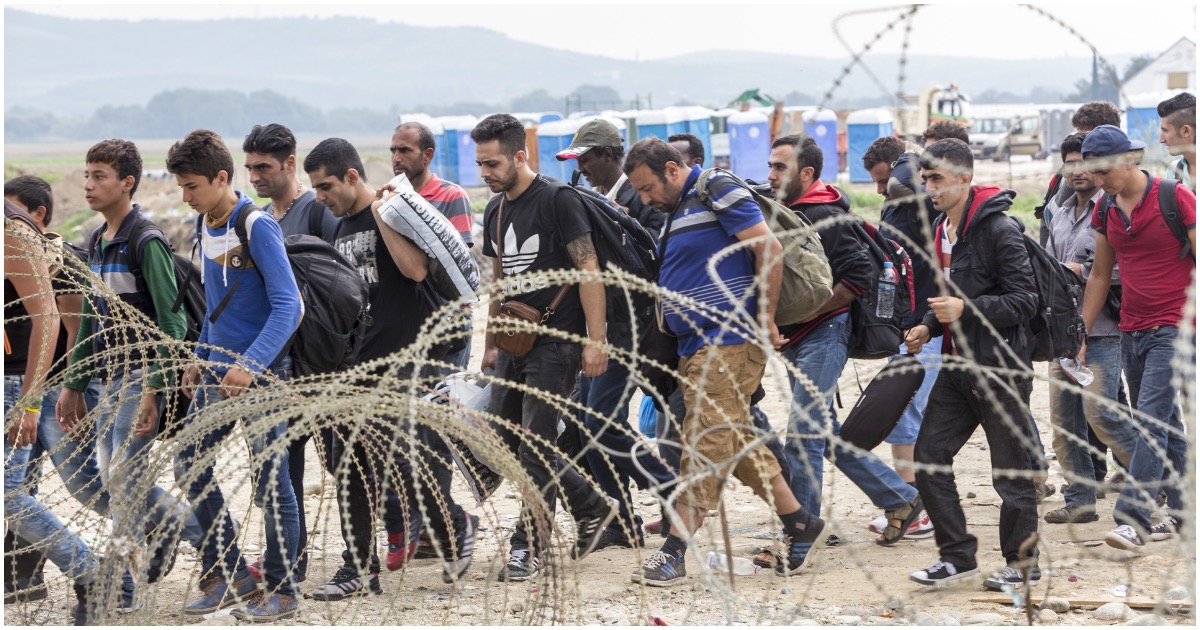 Brandon Judd is the president of the National Border Patrol Council.

According to him, the United States has never faced a border crisis quite like the one we’re witnessing today.

And yet, Democrats continue to insist there is no problem at the border.

In a radio interview on Tuesday, National Border Patrol Council President Brandon Judd said that U.S. Border Patrol agents are facing the “worst crisis” the agency has ever seen since its formation in 1924.

When asked about the 20,000 migrants that Mexico warned are presently approaching the border, Judd said there is not much Border Patrol can do.

Judd noted, “We ultimately end up letting them go. They cross the border illegally and then we give them what we call a ‘notice to appear,’ and we release them on their own recognizance and what that means is they promise us that they will return for all of their proceedings, but we know that they never do…They know this, that’s why the numbers are so large.”

He added, “This is the worst crisis we have ever faced in the history of the Border Patrol, and we’re going back to 1924. In my twenty-one year career as a Border Patrol agent, I’ve never seen it like this.”

Judd concluded, “It’s never been like this before this is the worst it’s ever been and if we don’t do something, it’s going to continue to get worse.”

President Trump has had it up to here with Mexico when it comes to immigration.

More from Customs and Border Protection:

If this isn’t an invasion, what is?

The video of a Minnesota police officer with his knee on the neck of George Floyd obviously looks extremely brutal. And, at the same time, the officer has a history of complaints filed against him. The thing is, people jump to conclusions way too soon. We all know this. It was sad that Floyd died, that goes without saying. But do we know the whole story just yet? WATCH: NEW: Minnesota prosecutor says video showing George Floyd’s death is “terrible” but says there’s “other evidence that does not support a criminal charge” https://twitter.com/BNONews/status/1266136952874696709?ref_src=twsrc%5Etfw%7Ctwcamp%5Etweetembed%7Ctwterm%5E1266136952874696709&ref_url=https%3A%2F%2Ftherightscoop.com%2Fwatch-minnesota-county-prosecutor-says-there-is-other-evidence-that-does-not-support-a-criminal-charge-against-officer-in-george-floyds-death%2F Lest we forget… https://twitter.com/CrankyTRex/status/1266154825605099521?ref_src=twsrc%5Etfw%7Ctwcamp%5Etweetembed%7Ctwterm%5E1266154825605099521&ref_url=https%3A%2F%2Ftherightscoop.com%2Fwatch-minnesota-county-prosecutor-says-there-is-other-evidence-that-does-not-support-a-criminal-charge-against-officer-in-george-floyds-death%2F From New York Post: A man was shot dead outside a Minneapolis pawn shop Wednesday night as violent protests over the death of George Floyd rattled the city, authorities said. Minneapolis cops are investigating reports that the victim was a looter shot dead by an owner of the business, police department spokesman John Elder said at press briefing early Thursday. The man was found with a gunshot wound outside Cadillac Pawn and Jewelry on East Lake Street near Bloomington Avenue at about 9:25 p.m. local time, Elder said. MORE: https://twitter.com/mukhtaryare/status/1266115955714936832?ref_src=twsrc%5Etfw%7Ctwcamp%5Etweetembed%7Ctwterm%5E1266115955714936832&ref_url=https%3A%2F%2Ftherightscoop.com%2Fbreaking-minnesota-gov-calls-out-the-national-guard-in-response-to-rioting-over-george-floyd%2F https://twitter.com/cbsnewspath/status/1266008553636139009?ref_src=twsrc%5Etfw%7Ctwcamp%5Etweetembed%7Ctwterm%5E1266008553636139009&ref_url=https%3A%2F%2Ftherightscoop.com%2Freport-looter-shot-dead-by-pawn-shop-owner-as-minneapolis-riots-raged-and-fires-burned%2F