Folks Are Fleeing The ‘Happiest’ States In The Union: Here’s Why
Conservative Firing Line 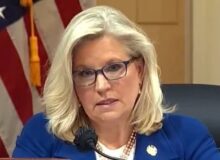 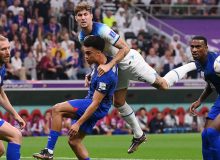 House Speaker Nancy Pelosi was so upset by the political violence on Jan. 6, 2021 that she sought to punch the president.

In new footage from Jan. 6 shot by Pelosi’s daughter, filmmaker Alexandra Pelosi, the House speaker told aides she planned to deck then-President Donald Trump if he came up to Capitol Hill.

Pelosi knew that Trump had implored supporters during his speech at a rally that day to march to the Capitol to peacefully protest the certification of the Electoral College and that he would join them there.

As we know, neither of those things happened.

I suppose CNN — which first aired the new footage of the House speaker promising to wallop the president one on Thursday — might have called the Capitol incursion “mostly peaceful” had it occurred in Kenosha, Wisconsin.

Meanwhile, Trump didn’t go to the Capitol; whether he wanted to and how vigorously he protested against his security detail taking him back to the White House is a matter of contention, but I think we can safely say the ludicrous stories of him trying to wrench the wheel of the presidential limo from the Secret Service are piffle.

None of this was known when Alexandra Pelosi shot what CNN described as “extended raw footage” which “shines a devastating light on then-President Donald Trump’s inaction during the riot.”

“Lawmakers are seen working around Trump to secure any help they could get — from the National Guard, federal agencies and local police departments — to defeat the mob he incited,” the network’s report read.

We can rejoice, then, that Alexandra Pelosi decided to premiere the footage on a news outlet that thinks copy like that approaches objectivity: They’re willing to air this clip, where the speaker is told by her chief of staff the Secret Service “dissuaded [Trump] from coming to Capitol Hill,” under the misapprehension it makes the filmmaker’s mom look good:

So not only was she going to punch the president out, she’s apparently been “waiting for this.”

And please spare me your emails about Pelosi being sarcastic in the heat of a very febrile moment. Even if one were to grant that — a stretch, considering she isn’t acting as if this is an idle or jocund threat — more obvious jokes told by Trump about taking a swing at someone were taken with grave, po-faced seriousness on the same network that aired this clip.

The irony of this all is that this was supposed to buttress a closing argument for the House’s Jan. 6 committee, which held what the Washington Examiner noted could be its final hearing on Thursday.

The committee voted to subpoena Trump to obtain documents and testimony: “The committee’s leaders argued that Trump was at the center of efforts to overturn the 2020 election that led to the violence of the insurrection, and as a result they needed Trump’s testimony to tell the complete story of January 6,” CNN reported.

Political violence is heinous and the Democrats on the Jan. 6 committee want to get to the bottom of it, so says CNN. Coming up next on CNN, footage of the most powerful Democrat in Congress promising to punch the president out. It’s a gas!

To be fair, Pelosi was 80 years old when this footage was taken, and we know who wins a Capitol Hill fracas between an octogenarian speaker of the House and a septuagenarian president: the Secret Service agents.

That said, the footage is telling. If Alexandra Pelosi were a rational person who wanted to do her mother a favor, she’d have double-dog erased that footage like it was 18 1/2 minutes of very incriminating Watergate tape. She thought it made ol’ mom look admirable. So did CNN.

It all makes me wonder: Does all this count as inciting violence against a politician? Asking for a former president.