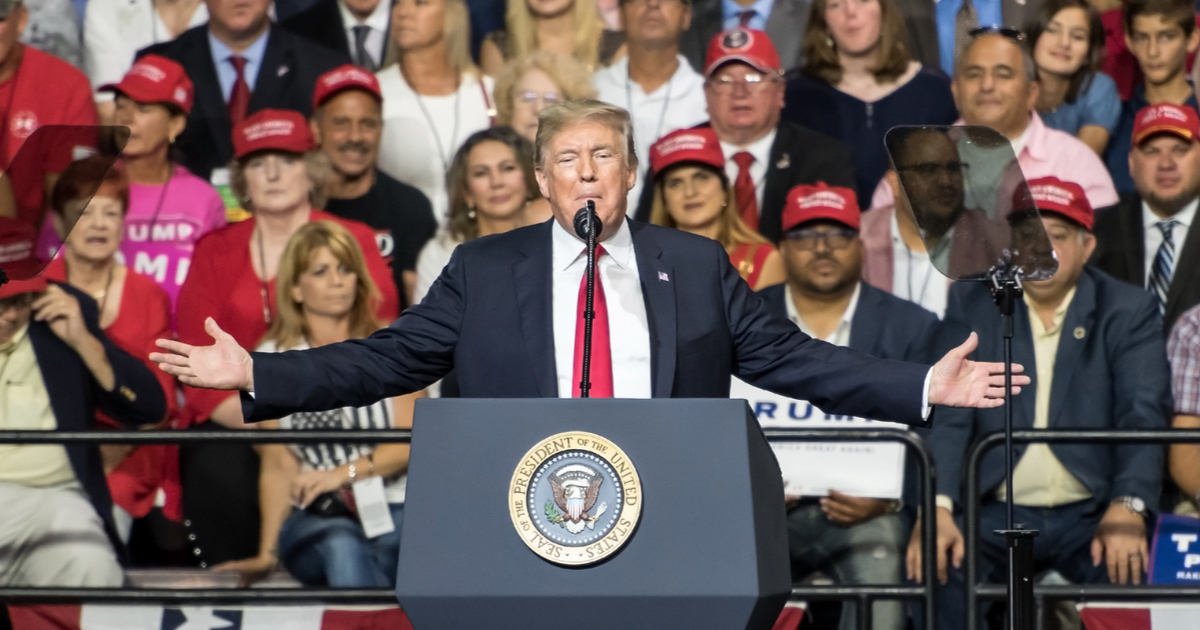 A flashpoint may very well be on the horizon here in America, as citizens begin to count down to the midterm election of 2018.

The democrats are hoping that they can use this contest as some sort of referendum on the nation’s emotional response to the Trump presidency.  They believe that Trump’s behavior will somehow negate his successes, and that there will be an influx of Americans who vote “blue” in the coming weeks due to this.

The polls don’t exactly back this idea up – at least not currently – lending the midterms the possibility of being an enormous disappointment for the already unhinged democratic party.

Now, in another omen of the President’s popularity, a rally for Ted Cruz in the State of Texas that features the Commander in Chief has become one of the hottest tickets in town.

At least 77,000 people have signed up for President Trump’s Houston rally on Monday to support incumbent Republican Sen. Ted Cruz, who is locked in the Texas Senate battle with Democratic Congressman Beto O’Rourke.

The Houston Chronicle reported that Houston police will be “fully mobilized” for the rally. Attendees must have tickets to enter and will be admitted in the order that they line up, the report said.

“Keep in mind that once the capacity is met, you won’t get in whether you have a ticket or not,” an officer said.

More than 77,800 people had signed up for the rally by Friday morning, according to The Chronicle. A person familiar with the event told the paper that the Trump campaign was not considering a move to a larger venue.

Texas’ Congressional race has been one of the most followed races in the country, with O’Rourke nipping at the heels of Ted Cruz after a number of millennial-appeasing stunts in which the young democrat was seen skateboarding in the parking lot of a popular cheeseburger franchise, and being featured in Thrasher Magazine in what has become an embarrassment for the former counter culture curators.