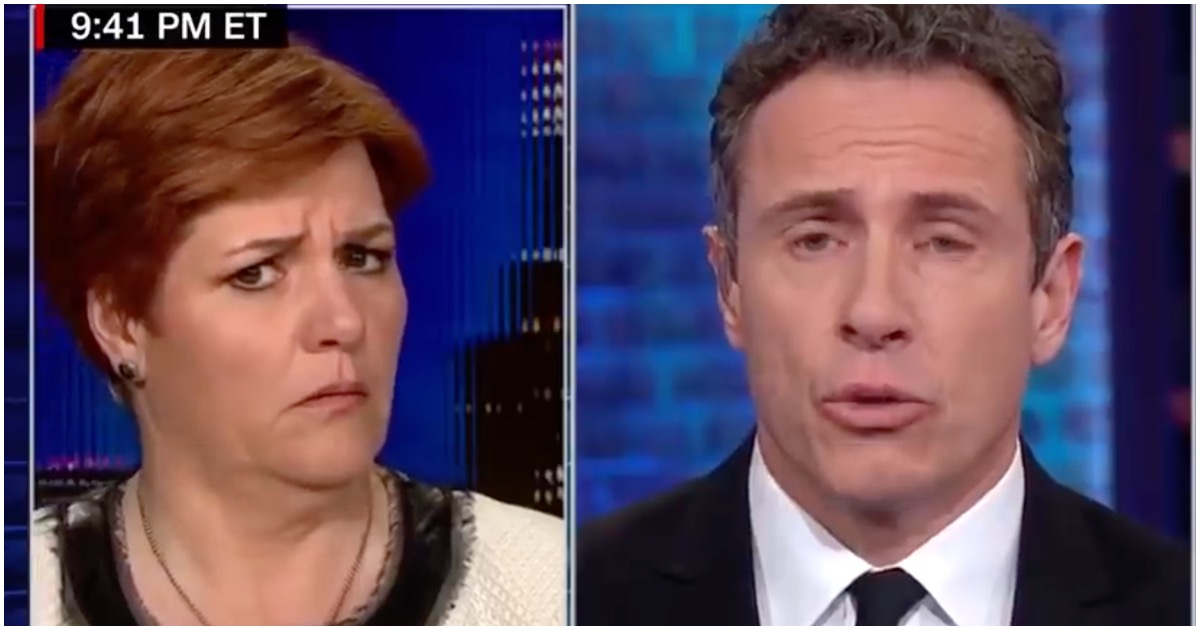 Some people are just so ignorant that you don’t know whether to burst out laughing or stare in disbelief when they say something crazy.

This is one of those instances.

If liberals like this CNN contributor keep it up, President Trump and other Republicans will have no problem whatsoever getting re-elected in 2020.

CNN contributor Christine Quinn on Monday night participated in a discussion about state-level “heartbeat bills,” where she claimed, “When a woman gets pregnant, that is not a human being inside of her.”

Quinn, the former Democratic speaker of the New York City Council, appeared on CNN’s Cuomo Prime Time alongside fellow CNN contributor and former Republican senator Rick Santorum (Pa.), where they had a fiery debate about abortion. During the introduction of the segment, host Chris Cuomo mentioned the Georgia Heartbeat bill that would later be signed into law on Tuesday by Gov. Brian Kemp (R., Ga.).

Quinn added, “These so-called heartbeat bills are exactly what you said, six-week bills. They for all intent and purposes are an end-run around Roe v. Wade and a clear attempt to make abortion illegal across the country. That’s what they are… This is a clear attempt to take decisions about a woman’s body and birth out of the hands of a woman and out of the hands of doctors and that to me is really shocking.”

The Party of Science™ pic.twitter.com/Ch1IqSGFdO

For example, it is now apparently acceptable to promote killing babies to children.

A jarring eight-minute video from Cut’s HiHo brand released on Friday features feminist and “Shout Your Abortion” movement founder Amelia Bonow promoting abortion to children. The segment is predictably filled with anti-science and pro-abortion talking points and includes Bonow bragging about her own abortion to the young boys and girls.

She deserves to be…a choice.

That’s how a Planned Parenthood ad describes a little girl in an ad.

BEAST MODE: Barr Threatens to Have Trump Block Mueller Report If Dems Hold Him In Contempt