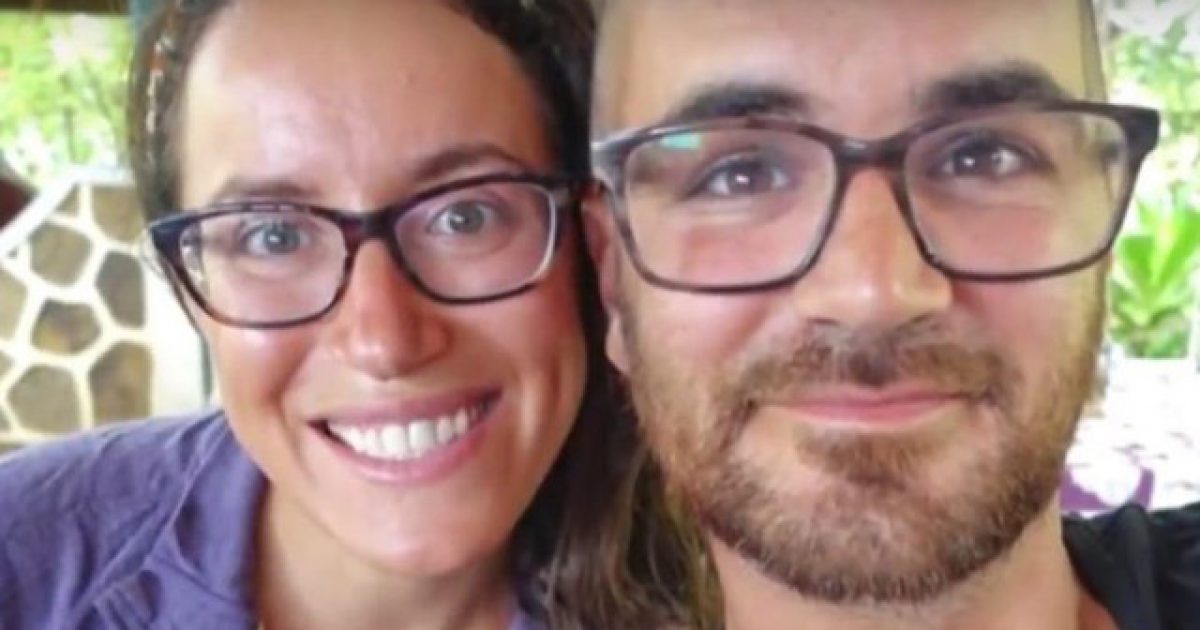 Jay Austin and Lauren Geoghegan, both 29 recently quit their jobs in Washington and decided to embark on a bike trek across the world. According to their blog, Simply Cycling, this wasn’t just an adventure for kicks. It was a mission.

The couple claimed that “evil was a made-up concept” and were biking to show folks the world wasn’t a big, bad scary place full of wicked folks.

The pair were found murdered by ISIS terrorists.

“You watch the news and you read the papers and you’re led to believe that the world is a big, scary place,” he wrote. “People, the narrative goes, are not to be trusted. People are bad. People are evil. People are axe murderers and monsters and worse.”

I don’t buy it. Evil is a make-believe concept we’ve invented to deal with the complexities of fellow humans holding values and beliefs and perspectives different than our own—it’s easier to dismiss an opinion as abhorrent than strive to understand it. Badness exists, sure, but even that’s quite rare. By and large, humans are kind. Self-interested sometimes, myopic sometimes, but kind. Generous and wonderful and kind. No greater revelation has come from our journey than this.

In another blog post, Austin recounted how a driver in Spain attempted to run him over during a traffic jam, an incident that almost seemed a precursor for what was to come later.

Austin and Geoghegan were killed July 29 — just a few days into the second year of their journey — in what CBS News said was an ISIS-inspired attack as they rode through Tajikistan, which is predominantly Muslim and borders Afghanistan.

A car rammed into the couple and other bicycle tourists, after which five men exited the vehicle and attacked the group with knives, the network reported. Two others bicyclists — one from the Netherlands and one from Switzerland — also were killed.

The Islamic State initially claimed responsibility and then released a video showing the five purported attackers pledging allegiance to Islamic State leader Abu Bakr al-Baghdadi, CBS News added. In the clip they sat before the ISIS flag and vowed to kill “disbelievers,” the New York Times said. Authorities told CBS News they tracked down the five suspects and killed four of them.

There’s nothing more foolish than pretending evil isn’t a real thing. It is. There is darkness in this world and you ignore it at your own risk, as this horrific tragedy so clearly illustrates.

Mankind is fallen. We disobeyed God and are plunged in sin and often commit horrible acts of wickedness. Our only hope is the gospel of Jesus Christ. That is the only way real change is possible. If you really want to impact the world, don’t ignore the darkness, but follow Jesus and be light in the dark.

Punk Fan Defends Trump at Punk Concert, What Aging Rocker Does in Response is Horrible