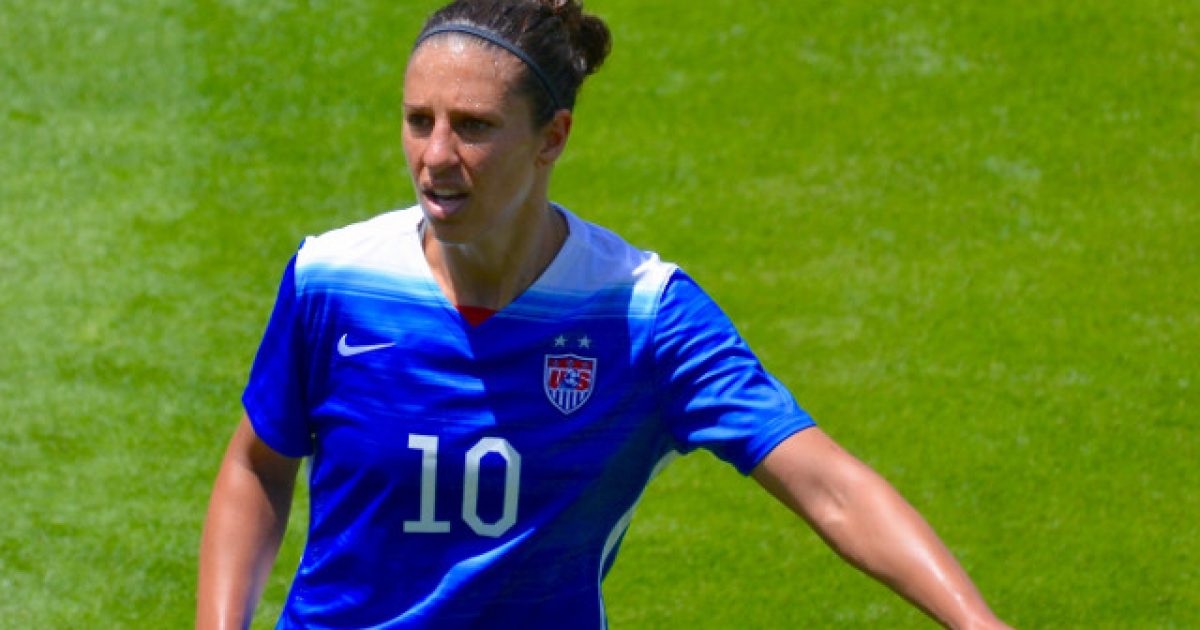 Carli Lloyd, the captain of the U.S. women’s soccer team, has stated that she’s been receiving some pretty serious offers from a rather unusual potential employer.

Yes, that’s right, y’all. She’s apparently been getting offers about becoming a kicker in the NFL.

The buzz around Lloyd’s potential as an NFL kicker began when a video of her kicking a field goal at a joint practice between the Baltimore Ravens and Philadelphia Eagles went viral. In the video, Lloyd kicked a 55-yard field goal.

Lloyd said she could’ve joined a team for a preseason game this Thursday to make her NFL debut, but she and the women’s national team are already scheduled for a match against Portugal.

“Pretty serious,” Lloyd said of the nature of the offers. “Like I said, I have a game this Thursday, which I happen to be playing in Philadelphia. It’s not something I would’ve passed up. First and foremost, I am a soccer player. But it’s been crazy. A casual day, me just having some fun, being competitive and kicking field goals went to being the most talked-about news around the globe. It’s just crazy how all of that works.”

Not everyone, however, believes she can handle being in the game.

Sound sweet til somebody block the kick and all of a sudden she on defense😂. Would be like the stampede scene in the lion king movie 😂😂 . She do got a boot tho! https://t.co/K8VxnHp6gB

Yeah, this seems like a pretty awful idea, though you know feminists are all about it. These folks will do anything to try and erase the differences between men and women.

I hate to burst their bubbles, but yes, men and women are different, even physically so, which means a woman might not be able to safely compete in a male dominated sport like football without serious injury.

No one wants to see someone get smashed to pieces and be seriously injured on the field. There are plenty of things women can do that men cannot do. Why can we not just celebrate differences instead of trying to shard to get rid of them?

Male and female have different traits that make them beautiful, let’s just celebrate that.