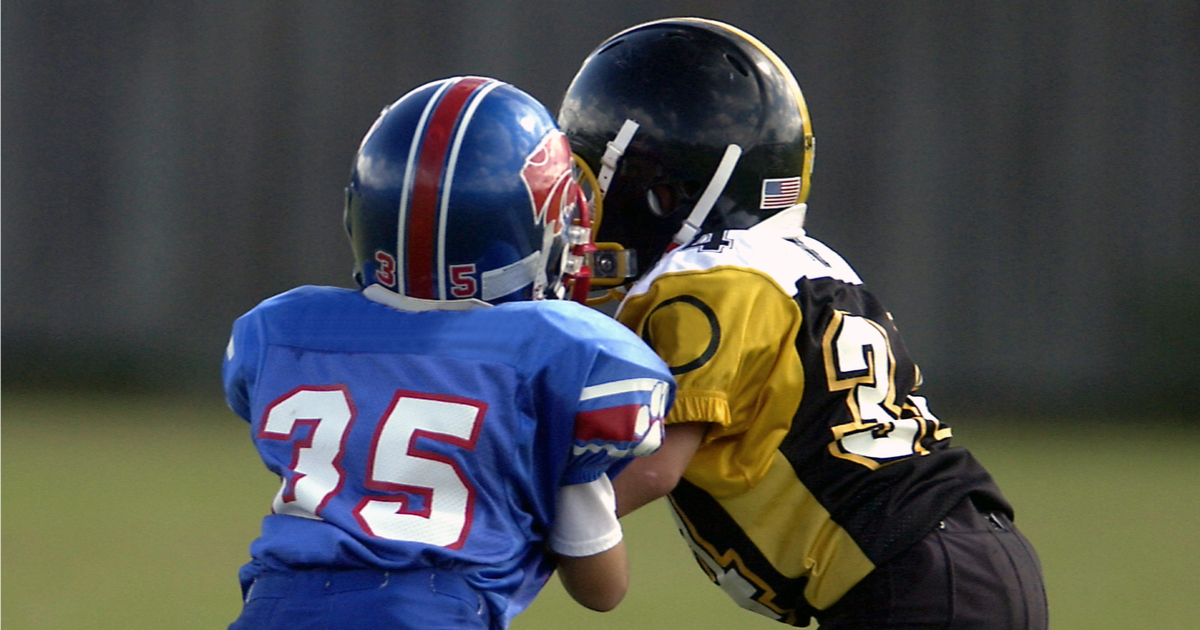 It has become quite obvious that the National Football League is in serious trouble, but is the game of football itself on death’s door as well?

Thanks to the heated controversy surrounding former NFL second-string quarterback Colin Kaepernick’s anthem-kneeling protest, the league has been facing astounding criticisms.  This gesture, which offended an enormous swath of our nation, was largely ignored by both the NFL’s top brass and team owners the league over, further confounding the already angry masses.

Empty stadiums and poor ratings soon followed, leaving the NFL at the bottom of the dog pile with little hope of recovering their infuriating figurative fumble.

This week, however, USA Today went after football as a whole, suggesting that the game itself should be wildly altered for 2019.

USA Today Sports published a broadside against youth tackle football, claiming that the sport is just too dangerous for children.

Calling its proposal “a sensible change,” writer Joe Schad calls for an end to tackle football for everyone under 14 years of age in a March 4 article.

The reasoning may not resonate well with the nation’s already fickle football fans.

With this shift,” Schad writes, “kids would grow up playing flag football before transitioning to tackle football in high school — just like youth baseball players start with T-ball before learning to hit pitches from a machine, a coach and, eventually, live pitchers.”

“The kids don’t lose anything in this situation,” Nowinski said. “There’s no safety issue that’s known. There’s no football development issue that’s known — no child’s being recruited off their fifth-grade film. So you end up with healthier children, still playing football — just for fewer seasons of tackle.”

Of course, the argument could be made that learning to tackle properly at a young age would prevent injury as well, with non-tackling pee-wee players being more susceptible to injury once being exposed to the full-contact iteration of the game later in life thanks to the sheer size and weight of players as they age.

Related Topics:FeaturedFootballNFLsnowflakessportsUSA Today
Up Next

President Trump gave Dr. Anthony Fauci’s concerns over the upcoming NFL season starting during the pandemic a nice, big punt down field, which you can probably bet irked the nation’s top infectious disease expert. Fauci, who is the director of the National Institute of Allergy and Infectious Diseases, stated that this season of pro-football wasn’t going to happen “unless players are essentially in a bubble.” Trump put Fauci in his place rather quickly by stating that the doctor “has nothing to do” with the NFL. That’s got to sting a little, don’t you think? The president definitely stripped Fauci of his oversized britches, didn’t he? Here’s more on this from Washington Examiner: “They are planning a very safe and controlled opening,” Trump tweeted. Tony Fauci has nothing to do with NFL Football. They are planning a very safe and controlled opening. However, if they don’t stand for our National Anthem and our Great American Flag, I won’t be watching!!! https://twitter.com/realDonaldTrump/status/1274006223013249026 Fauci recommended that players be “insulated from the community” and take a coronavirus test “nearly every day.” “If there is a second wave, which is certainly a possibility and which would be complicated by the predictable flu season, football may not happen this year,” he said. The NFL has already released the game schedule for the 2020 season, so it’s going to be interesting to see what happens over the next few months in regards to the pandemic and if there’s a second wave that might end the season before it has a chance to even start. The president has insisted on multiple occasions that he won’t be watching the games anyway due to the National Anthem protests that happen before every game. According to Ben Carson, several officials have tried to convince Trump to tune in this upcoming season,…