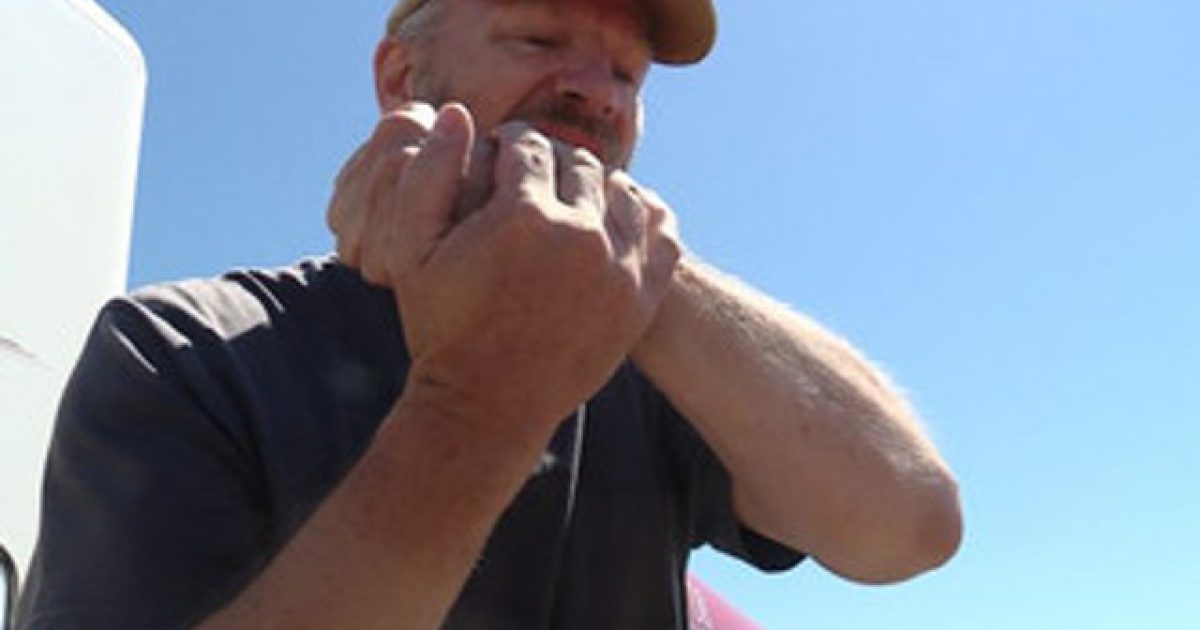 Being a police officer is a job that comes with a wide variety of risks to health and safety, especially when the majority of folks cops deal with on a daily basis aren’t exactly pillars of society.

It’s especially dangerous being a cop in modern day America, where the news media has painted up those in your chosen profession to be violent, rage fueled authoritarians who hate minorities and have itchy trigger fingers.

Fortunately for one Wyoming state trooper, not everyone is drinking the Kool-Aid the mainstream media is serving.

A truck driver, Darren Phillips, saw a man wrestling with a trooper, attempting to reach his gun. Phillips bravely stepped up to the plate and offered the officer a helping hand, making him a hero.

Phillips was driving east on I-80 near Green River when he came over a small hill and witnessed Wyoming State Trooper struggling with Dustin Roberts, a 36-year-old man from Mckinleyville, California after being stopped by the officer.

The trucker decided he had to help, so he pulled his truck over to the side of the road and helped subdue Roberts.

“I put my brakes on, and I jump out and by this time, the trooper is on his back and the guy is on top of him. The trooper saw me running over and as soon as I got up to him, he says, ‘He’s going for my gun.’”

Phillips says the trooper and Roberts both hand their hands on the trooper’s gun.

Roberts might have grabbed it, if not for what Phillips did next.

“So I just came around behind him and just reached around and put my arm right there and I held it with my other hand and I stood up and I just went back,” he said. “And as I came back, he just came back with me and just fell right on top of me.”

Phillips just laid back and held him there until another trooper arrived, and Roberts was eventually handcuffed.

So why was Phillips choke hold enough to subdue Roberts?

“I spent 12 years in the Marine Corps and 14 years with the Utah Army National Guard,” said Phillips.

You simply can’t mess around with a Marine.