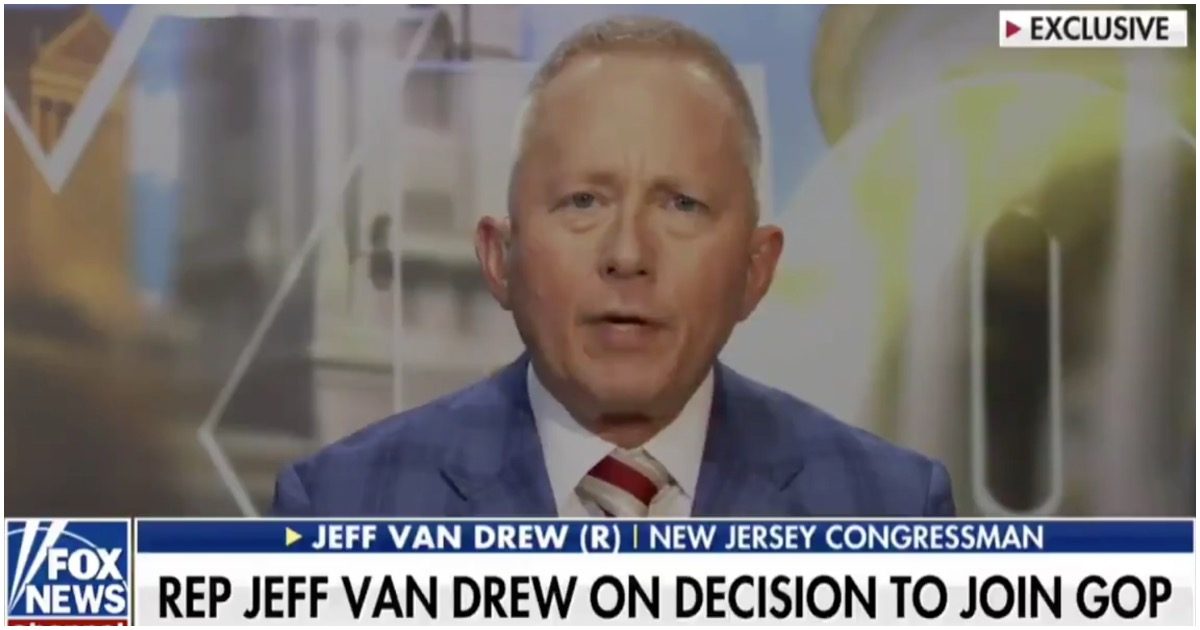 Rep. Jeff Van Drew (NJ) said on Sunday morning that he had been contemplating switching parties for a long time. Of course, the nation now knows that JVD made his decision official. He defected. While speaking with Maria Bartiromo, Van Drew said that being told he had to vote for impeachment by a New Jersey county chairman is what made him flip.

Rep. Jeff Van Drew (R-N.J.) reached the point of no return when a local New Jersey county party chair told him he would face political consequences if he didn’t vote in favor of impeachment.

Van Drew noted, “It made me think for all the years that I’ve worked so hard and tried to give so much not only to the party but to everybody. It all boils down to that I have my own individual opinion on one vote and that’s not going to be allowed, and I’m going to be punished for that, and that’s when I knew.”

Welcome to the GOP, @CongressmanJVD!

By the time the left figures out everything they are doing is wrong and, also, racist, it will be too late for the country.

Thankfully, the Republican Party is still strong enough to at least slow the roll of these far-left loons.

Black New Jersey lawmakers are calling on the state to examine its role in slavery and possibly pay reparations to black residents.

Leaders of the state’s Legislative Black Caucus introduced a bill that would establish the New Jersey Reparations Task Force.

“Addressing our systematic challenges must begin with understanding how slavery here in New Jersey effects us all,” says @ASWReyJackson on the creation of a New Jersey Reparations Task Force

"Addressing our systematic challenges must begin with understanding how slavery here in New Jersey effects us all," says @ASWReyJackson on the creation of a New Jersey Reparations Task Force pic.twitter.com/U1KVYTSyM4

Ken Starr Sounds Off On ‘Phony Impeachment,’ Says It Will Be A ‘Footnote’ In History Books