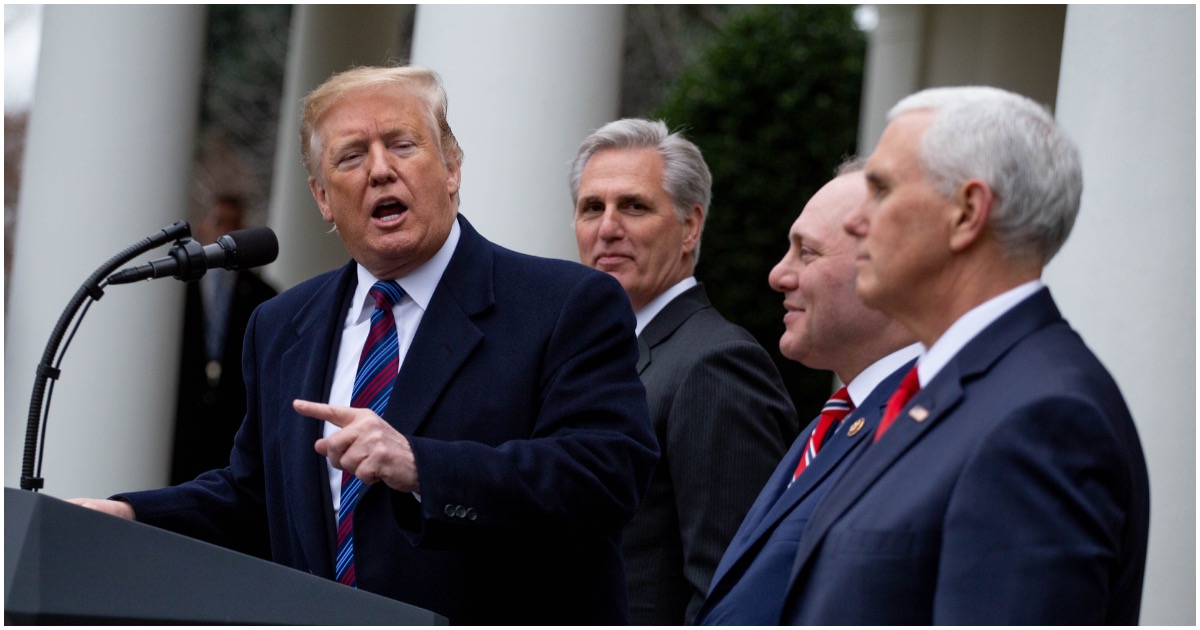 The mainstream media won’t care about the Trump administration honoring a Muslim cleric.

It doesn’t fit the narrative because Trump hates all non-whites.

And yet, still, the current administration managed to pull off something awesome for a man who probably saved hundreds of lives.

The Trump administration honored an 83-year-old Muslim cleric from Nigeria this week who saved hundreds of Christians in 2018 — when he hid them in his home and mosque during a terrorist attack.

The State Department honored Imam Abubakar Abdullahi at an awards ceremony on Wednesday for his actions on June 23, 2018, when “ethnic Fulani herdsmen, who are predominantly Muslim, launched coordinated attacks on 10 villages in Barkin Ladi, killing hundreds of ethnic Berom farmers, who are predominantly Christian.”

“As Imam Abdullahi was finishing midday prayers, he and his congregation heard gunshots and went outside to see members of the town’s Christian community fleeing,” the State Department added. “Instinctively, the Imam ushered 262 Christians into the mosque and his home next to the mosque. The Imam then went outside to confront the gunmen and he refused to allow them to enter, pleading with them to spare the Christians inside, even offering to sacrifice his life for theirs. Although the gunmen killed 84 people in Nghar village that day, Imam Abdullahi’s actions saved the lives of hundreds more.”

Privileged to present five extraordinary #religiousfreedom advocates with the @StateDept’s first-ever #IRFAwards today. Their heroic efforts to build bridges & protect vulnerable religious minorities, often at their own personal risk, are an inspiration to us all. pic.twitter.com/SxJI9XQZYT

Ilhan Omar (D-MN) can’t seem to stop putting her foot in her mouth, seemingly in an attempt to keep up with fellow freshman lawmakers Rashida Tlaib (MI) and Alexandria Ocasio-Cortez (NY).

Rep. Ilhan Omar (D-MN) attacked conservative people on the floor of the House of Representatives on Wednesday over their advocacy for pro-life stances on abortion.

Ilhan said, “I rise today to defy the horrifying attacks happening against women’s reproductive rights all across this country. Religious fundamentalists are currently trying to manipulate state laws in order to impose their beliefs on an entire society, all with complete disregard for voices and the rights of American women.”

She added, “I am frustrated every single time I hear people speaking about their faith and pushing that on to other people because we know those so-called religious politicians, when it comes to their life, their choices, they want to talk about freedom. But when it comes to other people’s lives and other people’s choices, they want to talk about religion. This should outrage every single person. It certainly outrages me and we can no longer stand for it.”

Rep. Ilhan Omar (D-MN) attacks conservative people of faith on the House floor, suggests that their concern for unborn babies is not genuine and they are hypocrites pic.twitter.com/XGiWwB51GV

Trump Just Got Another Victory In Court Against Dem Investigations, & This One Is Big (Details)