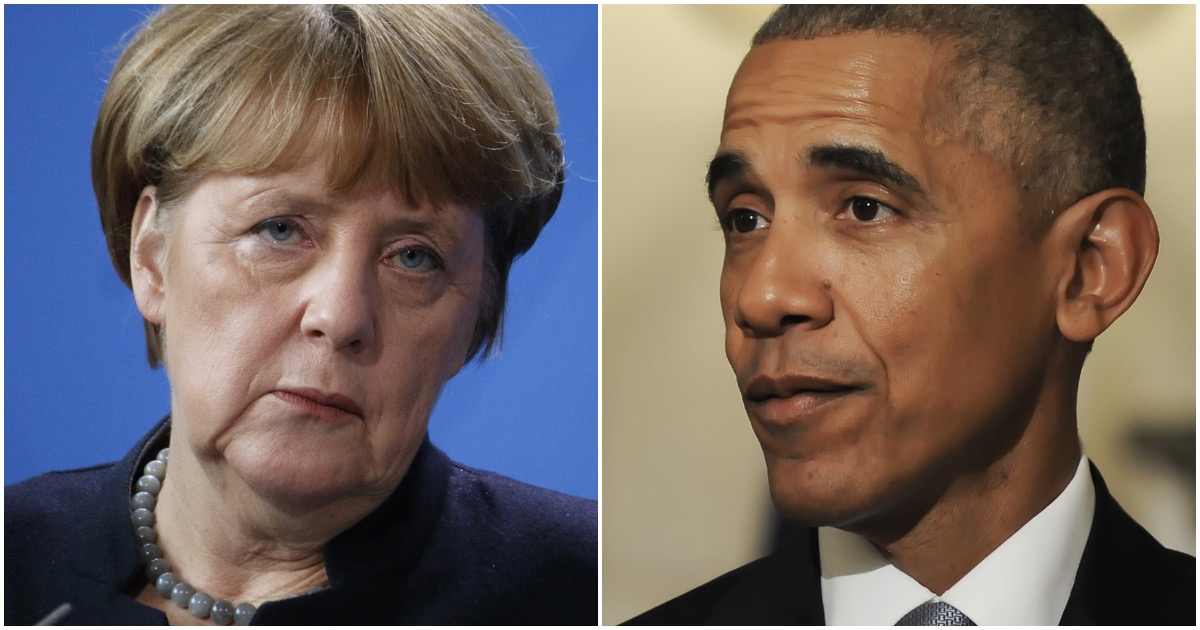 Former President Barack Obama and German Chancellor Angela Merkel had a good relationship over the years.

The reason why is simple: both enjoy letting massive amounts of migrants into their nations.

Now, Barack is in Germany for a private meeting with Merkel.

Chancellor Angela Merkel has received former U.S. President Barack Obama at her office in Berlin for a meeting characterized by German officials as a routine private encounter with a former international peer.

Obama could be seen waving as he left the chancellery alongside Merkel Friday. Merkel’s spokesman, Steffen Seibert, said she has met repeatedly with ex-heads of state and government “with whom she worked together closely and well for a time.”

Former US President @BarackObama waves as he and German Chancellor #AngelaMerkel leave the Chancellery after a meeting in Berlin, Germany – https://t.co/2vUStHFfSa | ???? AP/Shutterstock #Obama pic.twitter.com/I5AoiFFIZc

Obama gave a speech on behalf of his “non-partisan” foundation:

“I’m not here to support any political party. I’ve held my last political office. The Obama Foundation is non-partisan. Michelle would leave me if I ever ran for office again.”

Former President Barack Obama speaks at Obama Foundation in Berlin: "I'm not here to support any political party. I've held my last political office. The Obama Foundation is non-partisan. Michelle would leave me if I ever ran for office again." pic.twitter.com/Tisq9PnVcq