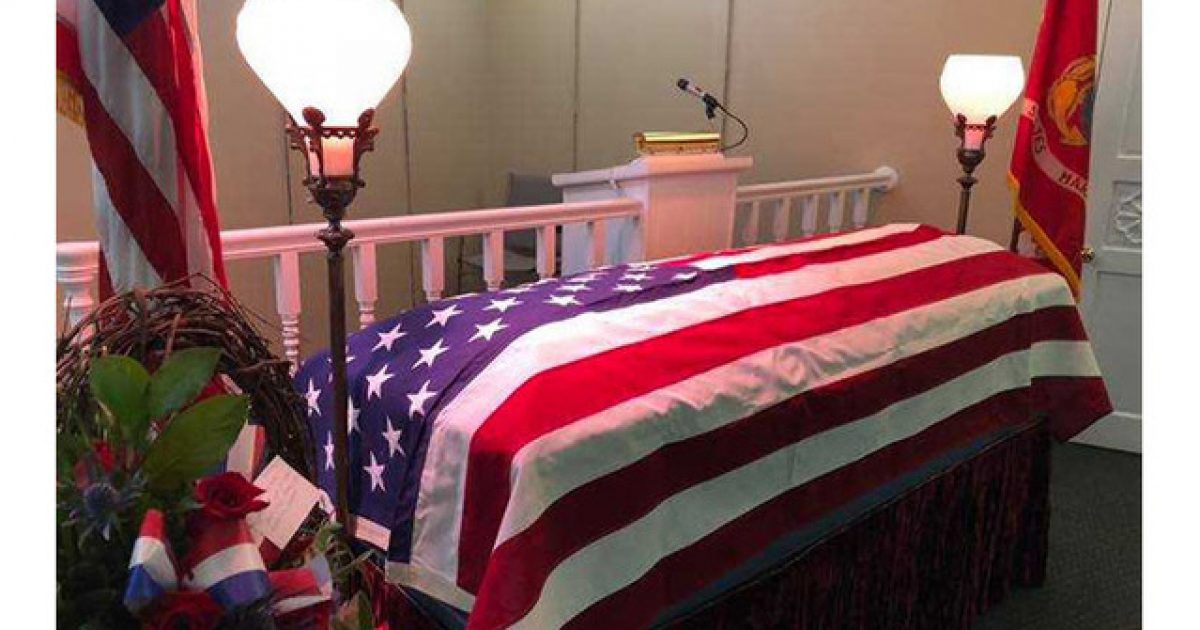 Just days before Veteran’s Day, a deceased Vietnam Veteran was set to be laid to rest.

Sadly, he did not appear to have any family, so the funeral home that was arranging his burial expected the ceremony to be a small one.

Sgt. Leo Stokely was 69 when he passed away in Nashville, TN. Stokely served his country in the Marine Corps and did a tour of duty in Vietnam.

And yet, his death appeared to tragically mimic so many of the lives our veterans lead here at home: forgotten and alone.

That is…until his family decided to show up–his American family.

“We’re all the family, we’re Americans, we’re the family,” says Kay-Lynn Carew, who heard about Stokely’s funeral on a now-viral social media post and immediately set to work to spread the word about the service.

“When you hear about a veteran, and nobody’s gonna be there, somebody’s gotta be there,” she explained. “Lots of people forget, there’s a lot of veterans that don’t have any families left.” 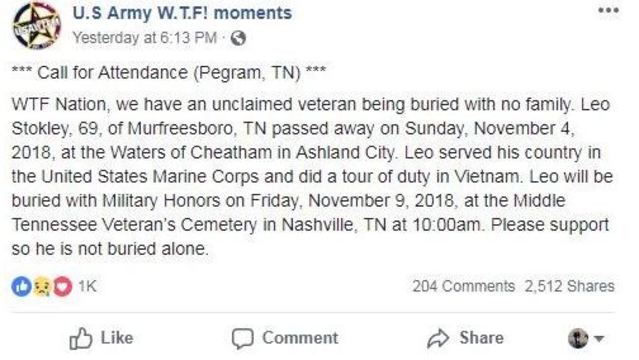 “My daughter, who lives in Knoxville, actually sent me the link on Facebook last night. She knows I live here, I work here,” Kay-Lynn explained to ABC 6. “She said can you show up, I said heck yeah I can show up.”

ABC 6 explains that Kay-Lynn did much more than show up–she posted flyers on businesses all along Highway 70, near the Middle Tennessee Veterans Cemetery where Stokely was due to be buried Friday.

“I really feel that this man, that started off Sunday with no family – I believe he’s gonna have a good going home,” explains Alan Desmond, Funeral Director at Boyd Funeral Home in Ashland City, who handled the burial arrangements.

Stokely was laid to rest on Friday, with full military honors, and surrounded by people who loved him, and took the opportunity to express their immense gratitude for his service and sacrifice.

Happy Veteran’s Day, and thank you to all who serve and have served!

Teaching Children How To Love Their Neighbors as Themselves