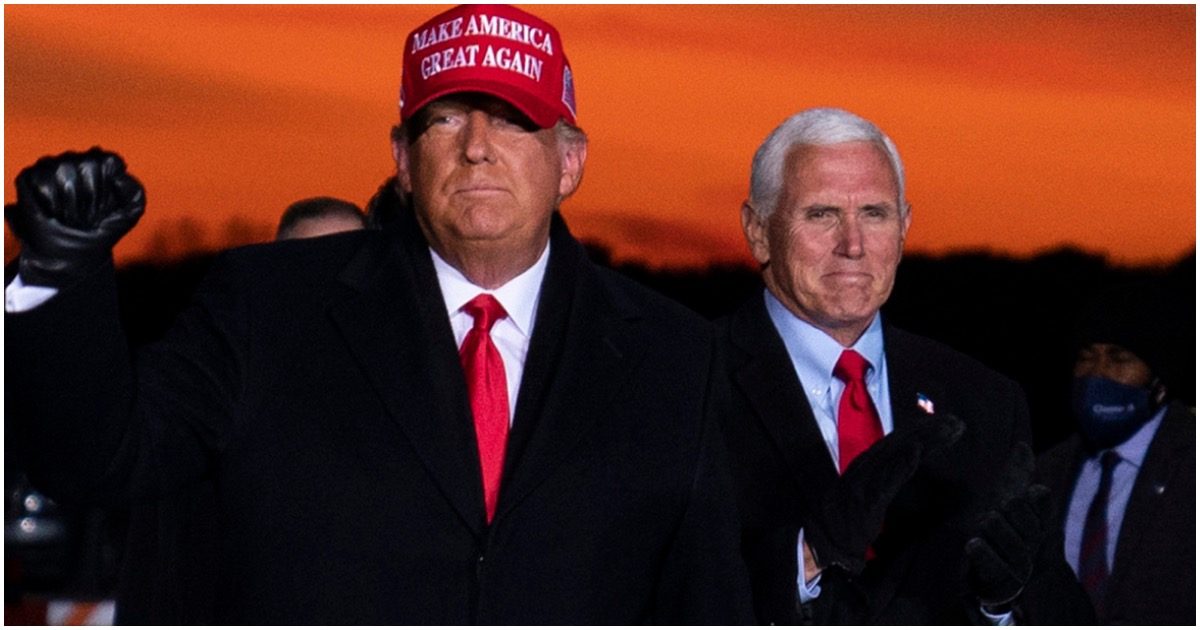 Imagine congratulating another person on literally stealing your job. What’s the deal, Mike? If Donald Trump runs for president again in 2024, there’s zero chance Pence gets the call to be his running mate.

The Associated Press reported that Pence’s call to Harris was the “first known contact between the elected members of the outgoing and incoming administrations.” President Donald Trump has acknowledged his own defeat but is not known to have called Biden.

On the to do list in a Biden administration, you know, other than using the Constitution as a Swiffer pad? How about raising taxes?

Sound good to you?

At a rally on October 30, Harris blabbered, “I promise you this — as a first order of business, Joe Biden and I are about to work to get rid of that tax cut.”

"Joe Biden and I are about to work to get rid of that tax cut," Kamala Harris tells Hispanic Americans. pic.twitter.com/BT9sTqsDfK

Flashback: Biden Is Asked How Many Genders There Are: ‘There’s At Least 3, I Know That’