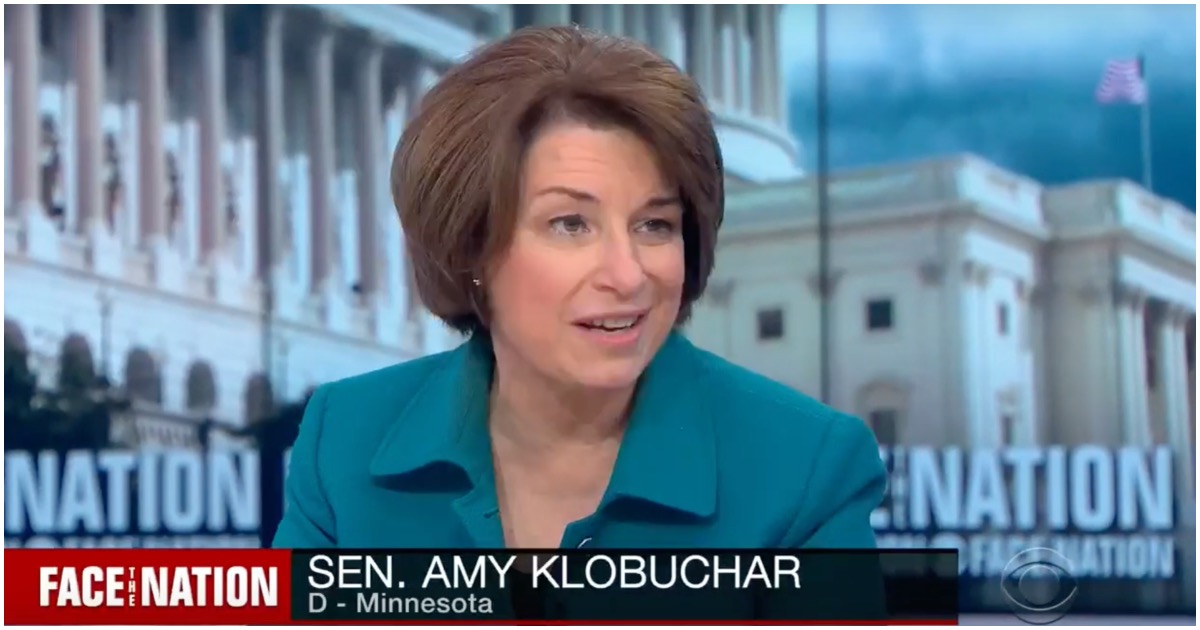 Minnesota Democrat Senator Amy Klobuchar may run for president in 2020.

“Face the Nation” host Margret Brennan asked Klobuchar if Democrats should now move to push Medicare for all.

“You heard some disagreement among Republicans how to do that, also disagreement within the Democratic Party on how to handle health care. Former Attorney General Eric Holder says it’s time now to move to some version of Medicare for all and end this nonsense,” Brennan said. “Do you agree with him?”

Klobuchar: “We need universal health care. There are many ways to get there. That is one of them. The other is to at least expand Medicare to age 55. There’s a number of bills that I’m part of, including allowing expansion of Medicaid, which I think is something we’re not talking enough about, that [Democratic] Senator Schatz from Hawaii is leading.”

“The ruling was absurd. Justice Roberts, in conservative Court, has already ruled that the Affordable Care Act is constitutional, unlike what Mr. Miller said. And in fact, you can have part of it not exist and you can still have the rest of it protect Americans. And that is exactly where this is headed.”

Senators Cory Booker of New Jersey and Kamala Harris of California are widely expected to run for office.

Both liberal politicians have most things in common, including wanting to implement universal basic income.