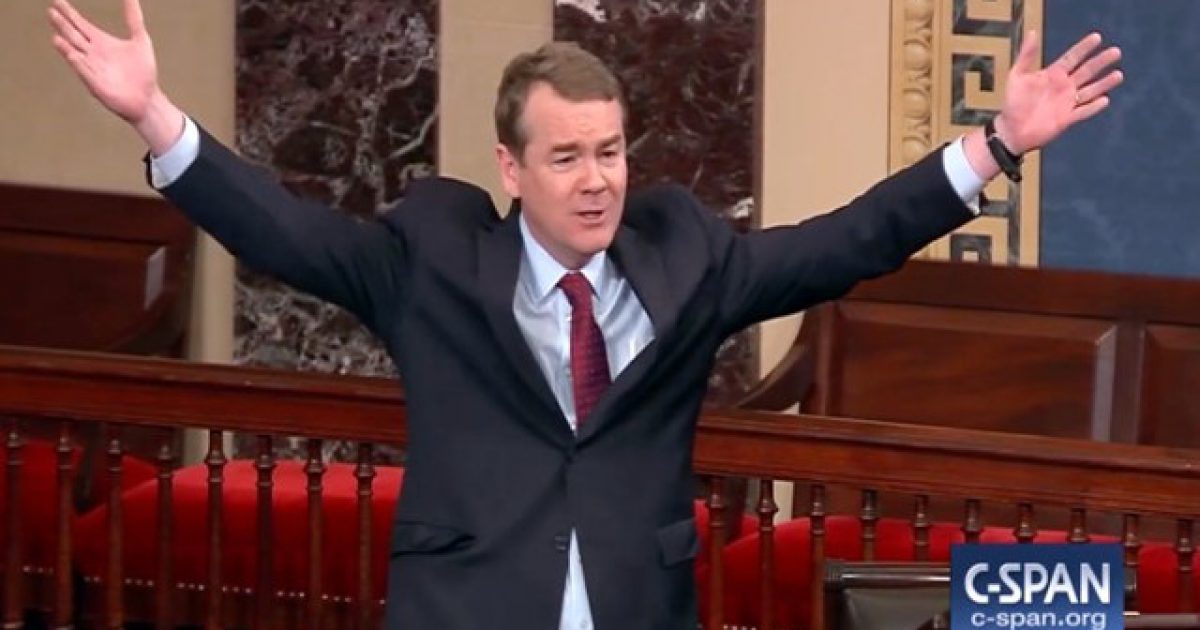 Politicians of all shapes, sizes, colors, and party affiliations will do and say all sorts of strange things to try and appeal to voters and help boost their poll numbers during an election season, and it seems that Sen. Michael Bennet, a Democrat from Colorado, is no exception.

Bennet made a sort of strange appeal to the American people by promising that if he won the race for the White House, he would be “boring.”

While appearing on “The Daily Show,” host Trevor Noah asked about a tweet that Bennet had posted a day earlier, where he stated that if he wins the 2020 presidential election he will perform his duties in the background, unlike President Donald Trump who is often the center of the news cycle.

If you elect me president, I promise you won’t have to think about me for 2 weeks at a time.

I’ll do my job watching out for North Korea and ending this trade war.

So you can go raise your kids and live your lives.

“If you elect me president, I promise you won’t have to think about me for 2 weeks at a time,” Bennet tweeted. “I’ll do my job watching out for North Korea and ending this trade war. So you can go raise your kids and live your lives.”

“That’s a really interesting pitch because basically what you’re saying is vote for me because I’ll be boring and I’ll get the job done,” Noah said in reference to the tweet.

“Yeah, and it’s a job,” Bennet replied. “It’s the most important job in the world and we’ve got a reality TV star in the job and that’s no good, but he’s happy to play that part every single day.”

You know, this sort of feels like Jeb Bush’s “please clap” moment from the 2016 presidential election, doesn’t it?

When you’re biggest appeal to the voter base is that you’ll be boring, and not the great things you’ll accomplish for the country, that’s a pretty big red flag that you’re on the verge of crashing and burning.

Perhaps it’s time for Bennet to go ahead and close up shot and find something else more productive to do than run for president?

Related Topics:2020 electionFeaturedMichael Bennet
Up Next

FLASHBACK: President Bush Was Almost Assassinated During Grenade Attack In 2005

Reporter Talks To Residents About Trump’s Baltimore Comments. What They Said Might Surprise You.