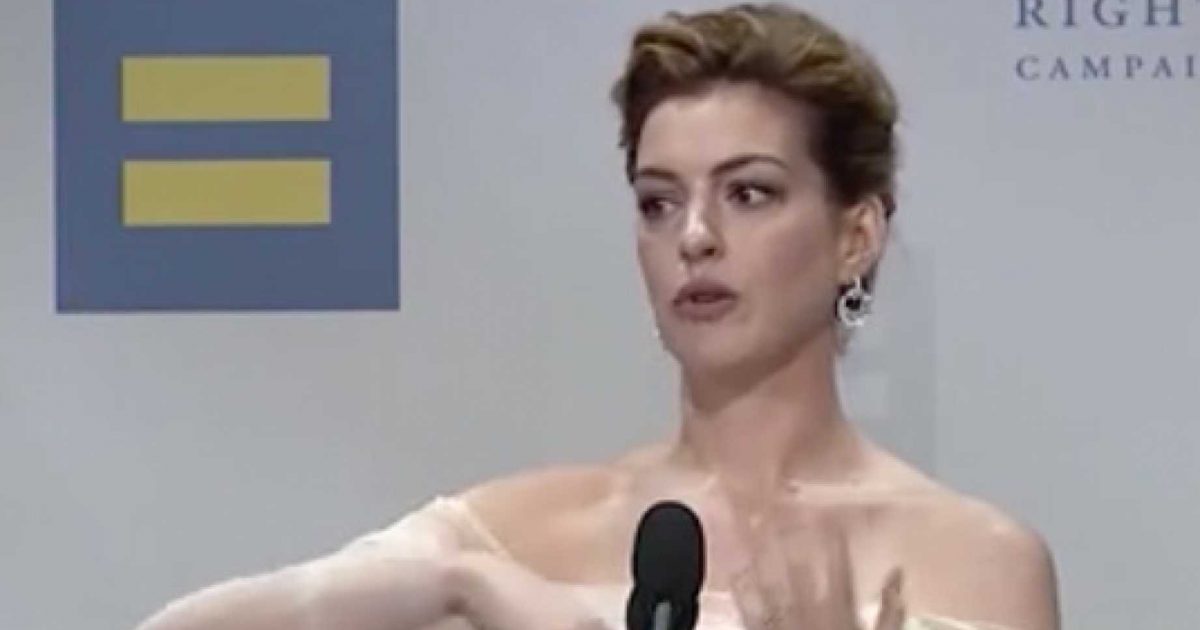 Oscar winning actress Anne Hathaway recently spoke at the Human Rights Campaign’s National Dinner where she launched into a wacky tirade against “straightness” and “whiteness,” both of which she just so happens to be. Well, as far as we know anyhow.

This, ladies and gentlemen, is why it’s more critical than ever for conservatives to stop withdrawing from the arts, like film, and start engaging them in order to provide a counterbalance to the insanity being promoted through Hollywood.

“It is important to acknowledge with the exception of not being a cisgender male, everything about how I was born has put me at the current center of a damaging and widely accepted myth. That myth is that gayness orbits around straightness, transgender orbits around cisgender, and that all races orbit around whiteness.”

Hathaway, whose older brother is gay, left the Catholic Church with her family after her brother went public about his sexual orientation; the family joined the Episcopal church.

She added, “I appreciate this community because together we are not going to just question this myth, we are going to destroy it … Let’s tear this world apart and build a better one.”

We now live in a day and age, where the natural order of life on earth, created by God, is coming under assault and has become something that produces groans of despair and disgust.

What kind of world is this?

At the end of the day, this kind of insanity continues to be pushed by filmmakers and actors alike, and unless conservatives learn how to make good stories promoting the opposite worldview, the left will continue winning the cultural battle.

The culture war is where we ought to be spending more of our time, as politics always flows from culture. If we were more dedicated to those pursuits and endeavors, we might finally see some real progress.

WATCH: The Rescue Workers in Florence Going Back for Abandoned Pets